Phil Robertson: I don’t need Medicare for All because I have “eternal health care” from God

On health care, the "Ducky Dynasty" star accuses a Democratic contender of offering handouts in exchange for votes 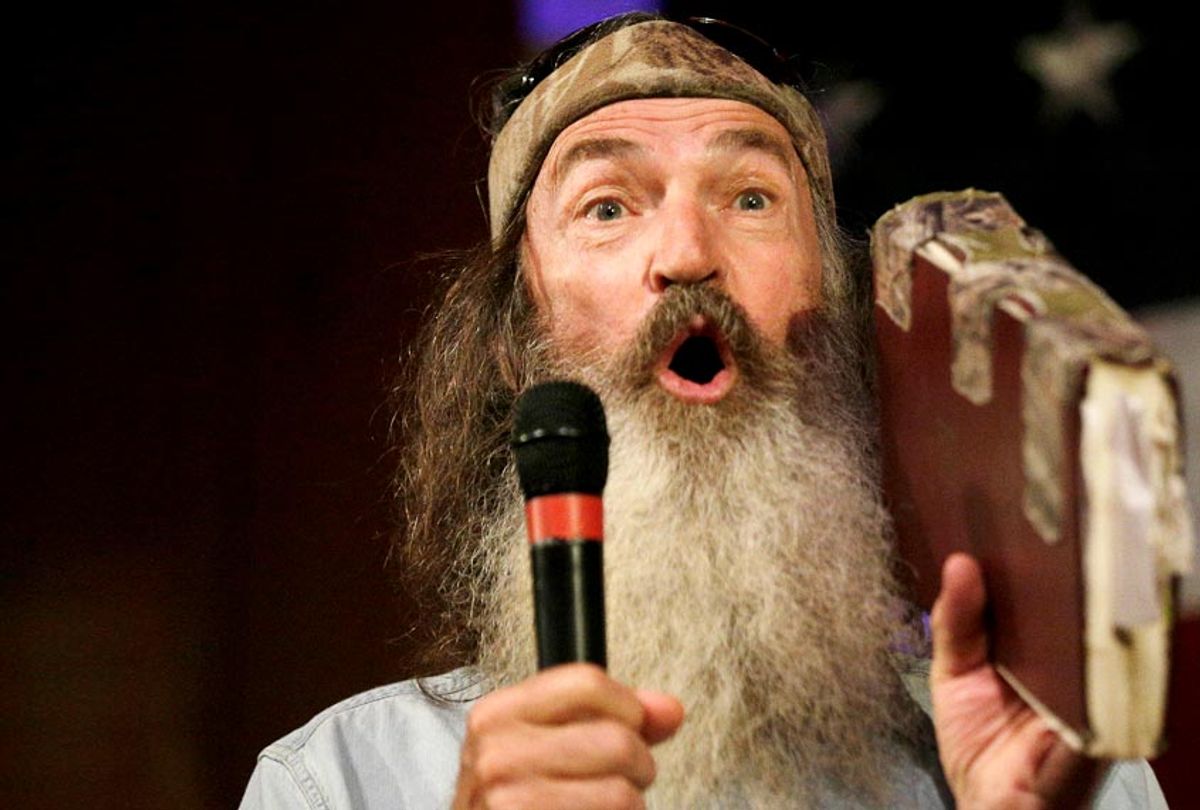 Phil Robertson, the conservative firebrand and co-star of "Duck Dynasty," attacked Sen. Kamala Harris' (D-Calif.) support for "Medicare for All" on Tuesday by suggesting that the 2020 Democratic presidential contender was offering handouts to the American people in exchange for their votes.

Speaking to Neil Cavuto during an appearance on the Fox Business network, Robertson attempted to paraphrase what he considered to be Harris' pitch for health care, an issue which has already come to define her nascent campaign.

"But she's saying that other people who have been getting away with financial murder will pay for it – the rich – guys like you," Cavuto said in response to Robertson, acknowledging his own wealth.

"But people get sick on Earth in human form, so, would you advise..." Cavuto interjected before being cut off by Robertson, who responded that any "temporary reprieve is not worth it."

"I'm telling her: I have eternal health care, and it's free," he concluded.

Robertson was reacting to a recent Iowa town hall televised nationally by CNN, in which Harris told moderator Jake Tapper that she would be willing to end private insurance as Americans know it in order to achieve "Medicare for All," or a single-payer health system, in the U.S. Health care became a defining issue of the 2018 midterm elections, lifting up Democrats to regain control of the House of Representatives in the wake of repeated attempts by the Trump administration and congressional Republicans to gut the Affordable Care Act.

"Listen, the idea is that everyone gets access to medical care, and you don't have to go through he process of going through an insurance company, having them give you approval, going through the paper work, all of the delay that may require," Harris told Tapper. "Who of us has not had that situation, where you got to wait for the approval, and your doctor says, 'well I don't know if your insurance company is going to cover this.' Let's eliminate all of that. Let's move on."

That moment was quickly repackaged by the rapid response director of the GOP, who juxtaposed Harris' pitch against the one used by President Barack Obama in 2009 in support of his namesake health care act.