"I don't think that he did his homework" 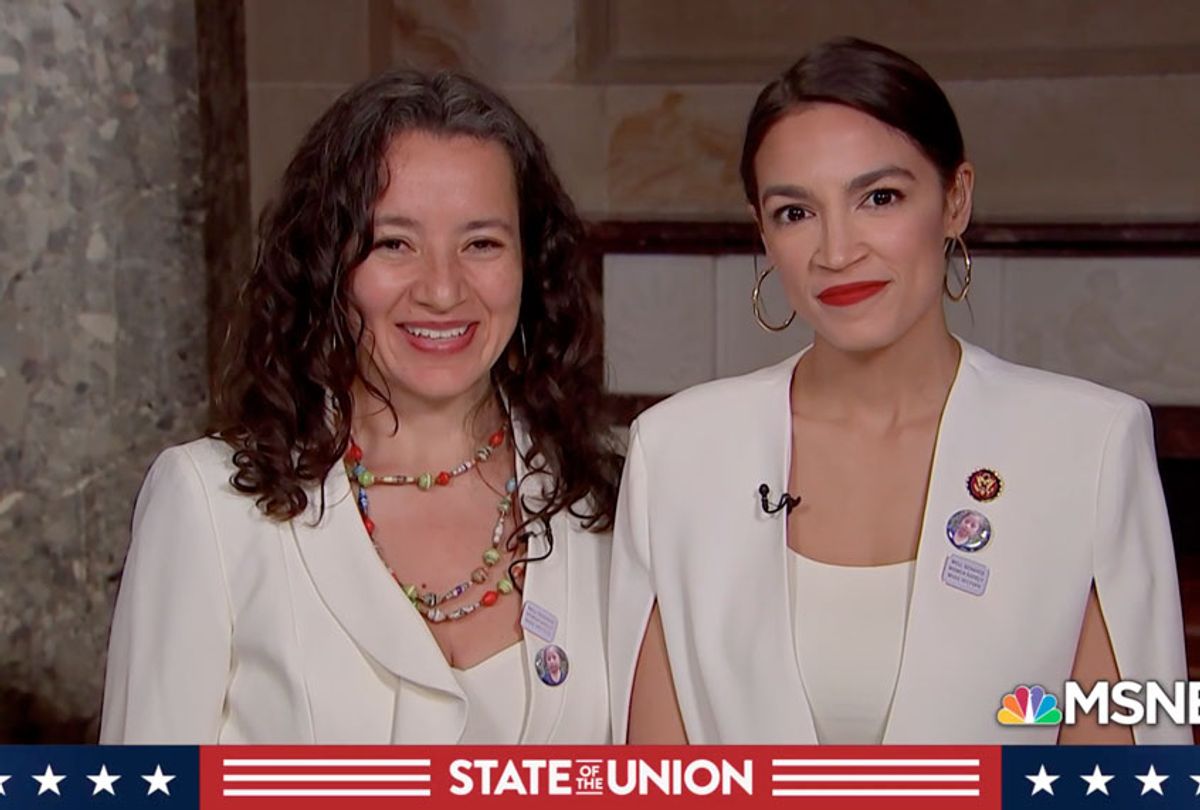 Rep. Alexandria Ocasio-Cortez, D-N.Y., roasted President Donald Trump's State of the Union message on Tuesday night by observing that it seemed more like a campaign speech than a legitimate attempt to present bold new policies or bring Americans together.

"I think that the president was unprepared," Ocasio-Cortez told MSNBC host Rachel Maddow after the speech. "I don't think that he did his homework."

Ocasio-Cortez also responded to a pair of critical tweets about her by former Peggy Noonan, who served as a speechwriter to President Ronald Reagan.

"This has been a deeply adept speech in terms of policy. He cut to the muscle on legal and illegal immigration, on abortion and infanticide, on foreign wars. His vow on socialism will be remembered. Great heroes in the balcony, a real American panoply. 1," Noonan began tweeting. She followed up by adding, "And good natured with the white jackets, who I see some on twitter are calling the straight jackets. AOC had a rare bad night, looking not spirited, warm and original as usual but sullen, teenaged and at a loss. 2."

In response, Ocasio-Cortez tweeted that "why should I be 'spirited and warm' for this embarrassment of a #SOTU? Tonight was an unsettling night for our country. The president failed to offer any plan, any vision at all, for our future. We’re flying without a pilot. And I‘m not here to comfort anyone about that fact."

Ocasio-Cortez also made headlines by attending the speech while wearing a pin showing the face of Jakelin Caal, a Guatemalan child who died while in the custody of U. S. Customs and Border Protection. This was part of a larger theme of Democrats drawing attention to Trump's controversial border policies, including Sen. Jeff Merkley, D-Ore., who attended the speech with a mother and daughter who had been separated at the border as his guests.

"This issue of how we are treating those fleeing persecution as criminals, and the strategy of inflicting trauma on children — hurting children — in order to send a political message of deterrence, this comes from a very dark and evil place in the heart of this administration," Merkley told Salon on Tuesday. "We need to shine a very bright light on it."

He later added, "There is an enormous lie at the heart of Trump's presentation to the public. He has painted a picture in public of a horde of rapists and murderers surging across our border that have to be stopped. But his attorney general's office and Homeland Security have been absorbed with the issue of a transition, from Mexican men who are coming to the border looking for work to families who are fleeing the drug gangs of Central America. So he has inaccurately described the immigration challenge and he developed a strategy to deter families that was based on injuring children."