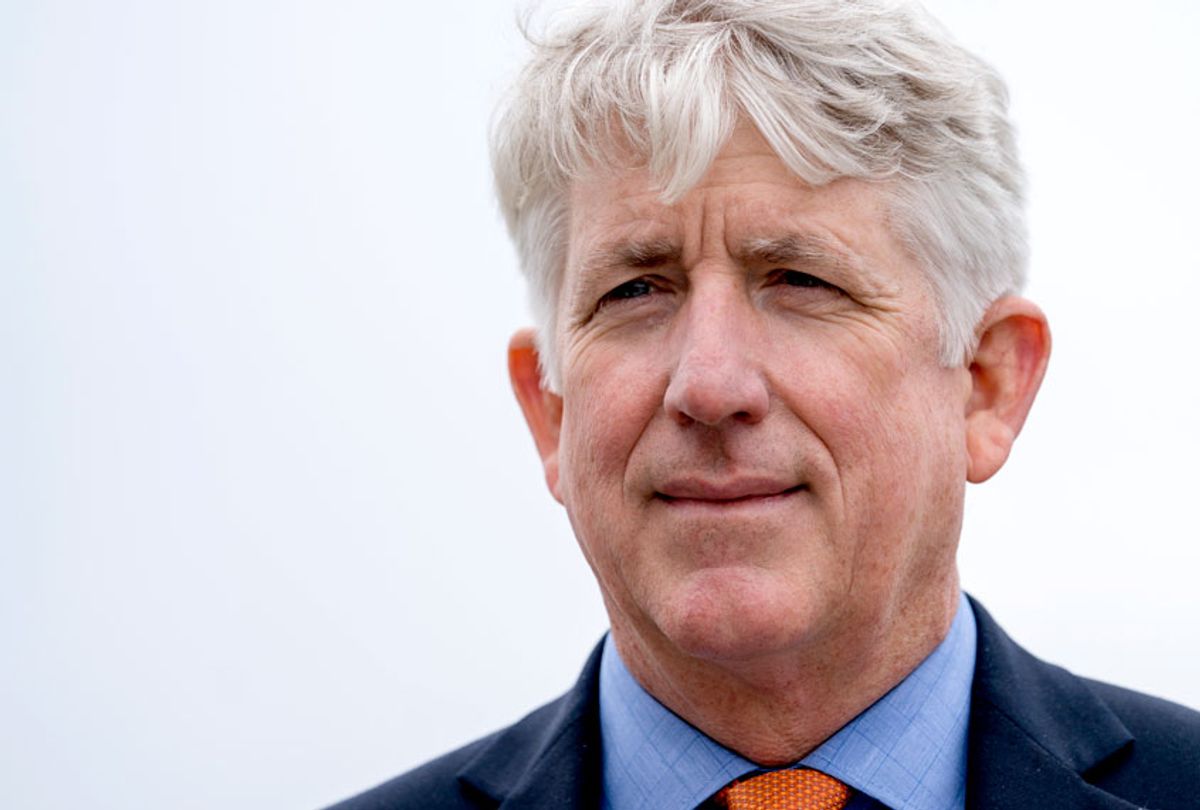 Virginia Attorney General Mark Herring, the man poised to replace Gov. Ralph Northam if Lt. Gov. Justin Fairfax is eventually undone by a potential sexual misconduct scandal, revealed on Wednesday that he wore blackface when he was a student.

Herring admitted to wearing blackface at a college party in 1980, according to the Associated Press. According to the statement posted by Herring, "it sounds ridiculous even now writing it. But because of our ignorance and glib attitudes - and because we did not have an appreciation for the experiences and perspectives of others - we dressed up and put on wigs and brown makeup."

He added, "That conduct clearly shows that, as a young man, I had a callous and inexcusable lack of awareness and insensitivity to the pain my behavior could inflict on others. It was really a minimization of both people of color, and a minimization of a horrific history I knew well even then."

It is unclear whether this was broached during Herring's Wednesday morning emergency meeting with black lawmakers in Virginia. As The Washington Post reported:

“It’s a mess,” said state Sen. Lionell Spruill (D-Chespeake) as he emerged from the attorney general’s office building shortly before 11 a.m. An aide stopped him from saying more.

Most if not all of the entire Virginia Legislative Black Caucus, stone faced, left Herring’s office at about 11:15 am and went directly into a meeting at the Capitol building. They said nothing and ignored a reporter who asked if they supported Herring.

Although Herring is third in line to the governorship, he may ascend to power because of scandals impacting both the governor and lieutenant governor. In the case of Ralph Northam, the scandal is that a picture in his 1984 medical school yearbook depicted two people dressed in racist garb, one in blackface and the other in Ku Klux Klan regalia. Although Northam initially admitted that he was in that photograph and apologized for it, he is now claiming to have not been in the picture and has so far refused to step down from office.

Herring called on Northam to resign for the image.

"It is no longer possible for Governor Northam to lead our Commonwealth and it is time for him to step down," Herring said in a statement.

Virginia's two Democratic senators, Tim Kaine and Mark Warner, joined Rep. Bobby Scott, the most senior African American representing the state in Congress, in writing a letter stating, "After we watched his press conference today, we called Governor Northam to tell him that we no longer believe he can effectively serve as Governor of Virginia and that he must resign," Kaine, Warner and Scott wrote in their joint statement. Governor Northam has served the people of the Commonwealth faithfully for many years, but the events of the past 24 hours have inflicted immense pain and irrevocably broken the trust Virginians must have in their leaders."

“This has been an awful week for Virginia.” https://t.co/r81R2WBy0Q

While normally that would clear the path for Lt. Gov. Justin Fairfax, a scandal has also emerged about Northam's would-be successor. Fairfax has been accused of sexual misconduct back when he was a campaign staffer working for John Kerry's presidential campaign in 2004. Although he admits to having had a consensual sexual relationship with the woman accusing him, he has denied any misconduct and characterized the accusation as a smear against him.