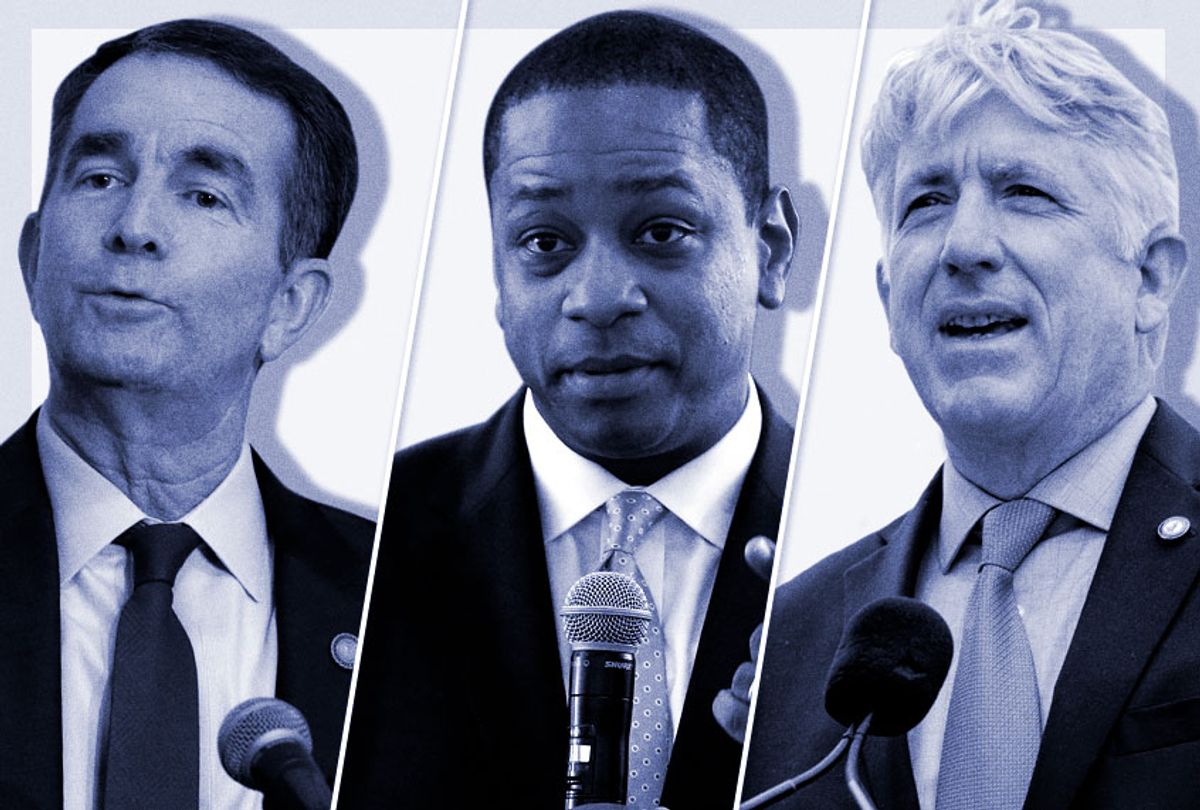 Footage of an interview between Virginia Gov. Ralph Northam and "CBS This Morning" co-host Gayle King was aired on "Face the Nation" on Sunday morning, with more of the footage scheduled to air on the Monday edition of "CBS This Morning" — and Northam made it clear he does not intend to step down despite an ongoing scandal about his alleged past use of blackface.

After King asked him if he planned on stepping down, Northam described himself as a "leader" and argued that "Virginia needs someone that can heal. There's no better person to do that than a doctor." From there Northam claimed that because he has "strength," "courage" and "a moral compass," he was "not going anywhere." Shortly thereafter Northam made a gaffe when he bragged about the state's 400 year history and King reminded him not to forget that part of that history included spreading slavery to the future United States.

"Did you ever think about resigning when the drumbeat became so loud, and by the way, they’re still beating for you to step down?" King asked.

Northam replied that, while he doesn't "live in a vacuum," he believes that he "is in a position where I can take Virginia to the next level and it will be very positive and you know we have a number of inequities in this country right now and in Virginia and we're in a position to really stop talking so much and now to take action with policy to address a lot of these inequities."

Another clip released by CBS News showed Northam discussing his lieutenant governor, Justin Fairfax, who has been accused of sexual misconduct by two women. The Virginia governor told King that he would support an investigation into the accusations and "if these accusations are determined to be true, I don't think he's going to have any other option but to resign." He was more forgiving of Attorney General Mark Herring, who was also reported to have worn blackface when he was a young man, telling King that "I can tell you that I am sure, just like me, he has grown. He has served Virginia well and he and I and Justin, all three of us have fought for equality. And so again I regret that our attorney general is in this position but this is a decision that he's going to need to make."

Northam is facing calls for his resignation after a photograph was found on his medical school yearbook page in which he was dressed as either a Ku Klux Klansman or while wearing blackface (it is unclear which, if either, person in the photograph is him). The next in line to the governorship, Justin Fairfax, has been accused of sexual misconduct by two different women. If Fairfax resigns, the next in line to the governorship would be Herring, who has admitted to wearing blackface when he was a young man. Northam initially admitted to having been in the controversial yearbook photograph but subsequently insisted that he had neither worn blackface nor Klan regalia.