Podcast: Blackface and blackmail: The twisted state of accountability today

"The Amen Corner" goes deep on Ralph Northam: Remember when people in public life did the right thing? 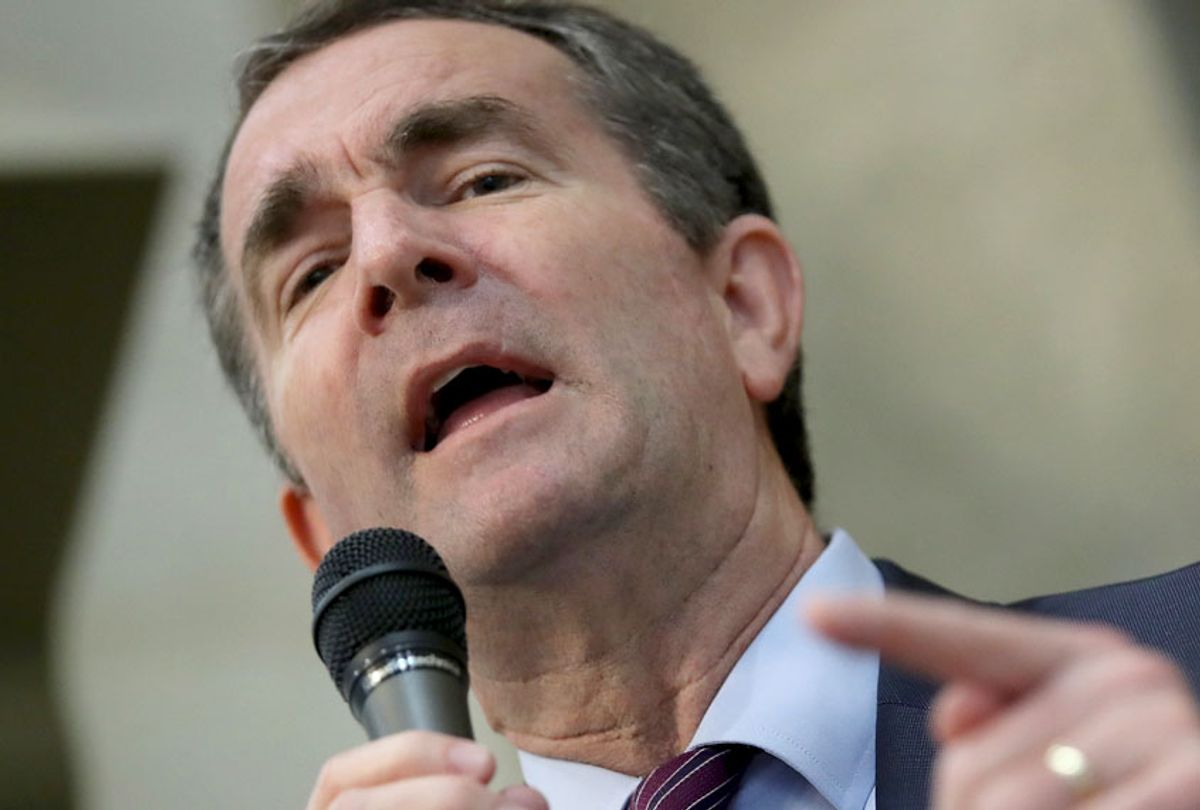 Since the last episode of our Amen Corner podcast, the messy situation in Virginia has only gotten worse.

It seems that everyone in a leadership position in the Old Dominion is either a racist or a sexual predator. Last week we had high hopes for Lt. Gov. Justin Fairfax. Not anymore. The man who would replace Gov. Ralph Northam — who now claims that he is neither the blackface guy nor the Klansman in his medical school yearbook — has been accused by two women of sexual assault and is himself being now being called upon to resign, with the threat of impeachment hovering if he doesn't leave of his own accord.

While these are terrible allegations, they couldn’t come at a more convenient time for Northam, who seems to think that if he hangs on long enough, his scandal will go away and he can return to the more mundane matters of running the state.

If these were normal times, both men would do the right thing and step away from public office. We know, however, that these times are anything but normal. Many Virginians still hope Northam and Fairfax will quit, perhaps along with Attorney General Mark Herring, who also appeared in blackface in the 1980s. But don't bet on it. Resignation would be the right thing to do — remember when people in public life at least tried to do the right thing? Yeah, neither do we. With norms eroding in Washington faster than you can say “hamberder,” this past week was pretty nutty even by today’s standards.

In addition to the Virginia fiasco, there’s the twisted tale of the attempted blackmail of Jeff Bezos by the good people at the National Enquirer. It seems that David Pecker, the CEO of American Media, Inc. (the parent company of the Enquirer), managed to get a hold of some selfies of Mr. Bezos’ … well … pecker, as well as some including his girlfriend’s “nether regions.”

There is strong suspicion that the Saudis were involved in providing said pictures. That’s right, the same Saudis who are really very unhappy with the coverage of their country in Bezos’ Washington Post after they killed one of Bezos’ employees, Jamal Khashoggi. The very same Saudis who are alleged to have paid AMI to publish a glossy 91-page piece of agitprop ahead of Crown Prince Mohammed bin Salman’s visit to the United States in 2018. That is the very same prince who reportedly ordered the hit on Khashoggi.

Lest anyone forget, Pecker is a confidant of President Trump and has been known to run interference for him by burying potentially embarrassing stories. Trump also has a long-running beef with Bezos about the Post’s coverage of him and is obviously not above using whatever levers he has at his disposal to making the Amazon CEO's life miserable.

Unfortunately for Pecker, the Saudis and Trump, Bezos isn’t playing along. There’s something to be said for having so much money that you can’t be intimated into silence. Could the world’s richest man be the one who finally takes down this president? Don’t get us started on Matt Whitaker, but we did. That guy …

To hear this and more, listen to Season 3, Episode 21 of The Amen Corner.