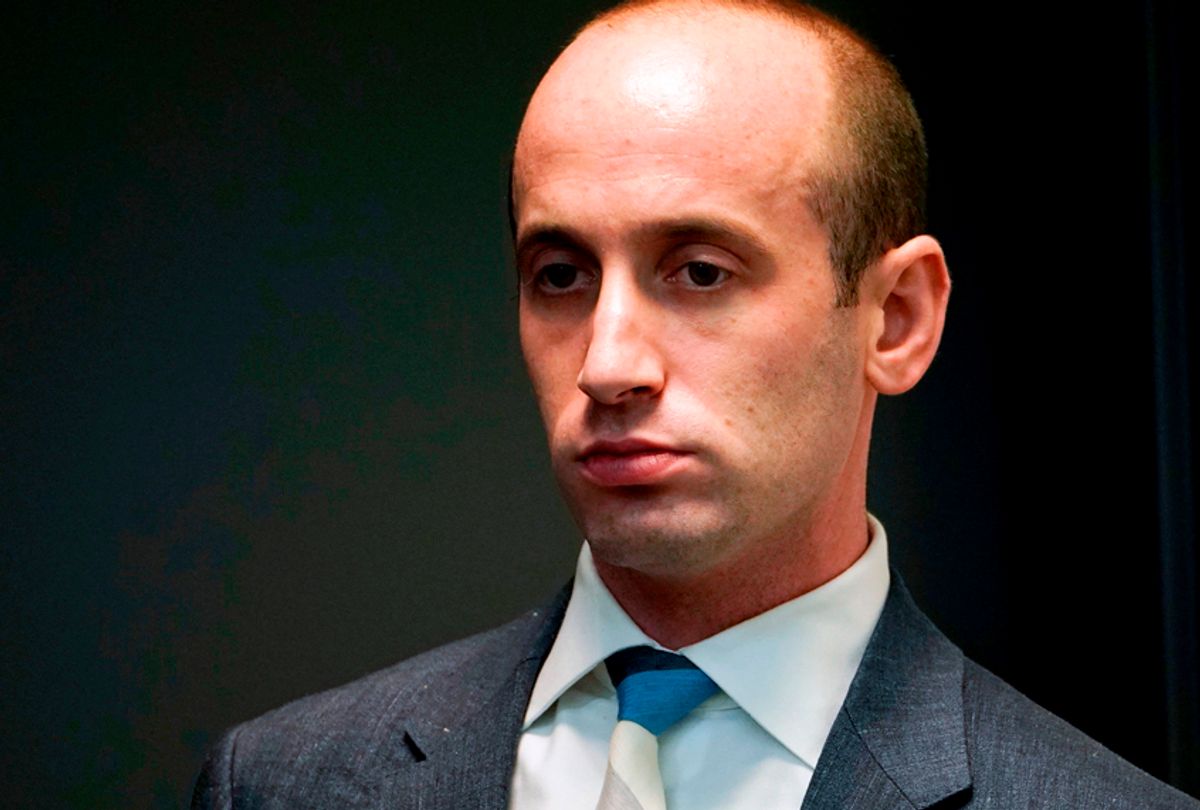 No Money shall be drawn from the Treasury, but in Consequence of Appropriations made by Law; and a regular Statement and Account of the Receipts and Expenditures of all public Money shall be published from time to time.

After Wallace asked Miller whether he thought Trump's declaration of a national emergency to build a southern border wall was unconstitutional, the senior adviser responded that Trump was permitted to do that under the National Emergencies Act of 1976. This prompted Wallace to identify how Trump's recent invoking of a national emergency was different from the other occasions when that law was cited.

Miller responded to Wallace's question by arguing that he was ignoring important context, particularly that this was different because it involved military construction. Wallace pointed out that that there were only two previous occasions when a national emergency had been declared for military construction — once by President George H. W. Bush during the first Persian Gulf War and the second time by President George W. Bush immediately after the September 11th terrorist attacks.

"Can you name one foreign threat in the world today, outside this country's borders, that currently kills more Americans than the threats crossing our southern border?" Miller asked Wallace.

"You know, the joy of this is I get to ask you questions, you don’t get to ask me," Wallace retorted. He later added, "Answer my question. Can you name one case where a president has asked Congress for money, Congress has refused, and the president has then invoked national powers to get the money anyway?" After Miller continued to try to avoid the subject, Wallace insisted that he only needed to answer with "yes or no." When that didn't work, Wallace told his viewers "so the answer is no, there hasn’t been a single case like this."

Earlier during the interview, Miller took a shot at the previous Republican president, George W. Bush, after Wallace had cited a number of statistics that undercut the Trump administration's case for declaring a national emergency at the border. Those data points included that 1.6 million people had been stopped at the border illegally in 2000 while only 396,579 were stopped in 2018, and that 80-90 percent of cocaine, heroin and fentanyl had been seized at ports of entry rather than during illegal border crossings.

"Well as you know, when George Bush came into office, illegal immigration total doubled from 6 million to 12 million by the time he left office," Miller told Wallace. "That represented an astonishing betrayal of the American people. I'm not going to sit here today and tell you that George Bush defended this country on the southern border, because he did not. One of the biggest changes since then and now is the mass release of illegal aliens due to a patchwork of court rulings and loopholes in our federal laws, and changing tactics to smugglers and transnational organizations..."

After Miller and Wallace went back and forth on the details of border policy, Miller insisted that "the bottom line is this: You cannot conceive of a nation without a strong secure border. It is fundamental and essential to the idea of sovereignty and national survival to have control over who enters and doesn't enter the country."

There are a number of reasons why Miller was on the defensive during his interview with Wallace. During a press conference on Friday after his declaration of a national emergency, Trump had admitted to reporters that "I could do the wall over a longer period of time. I didn't need to do this, but I'd rather do it much faster."

Wallace's point about Republicans abandoning their own ostensibly conservative principles regarding the Constitution had also been echoed by Sen. Sheldon Whitehouse, D-R.I., when he spoke with Salon on Friday.

"It's one of the many conundrums of being a Republican under the Trump administration," Whitehouse told Salon. "He has such a grip on the base of the party that I think many of my colleagues are obliged to go against deeply held beliefs and principles of many, many years, and it is a very unusual position for them to be in. But if it turns out to be a precedent, it could be a very powerful tool for the next Democratic president to address emergencies that have caused much more loss of life and portends much direr consequences, like domestic mass shootings or climate change like the Green New Deal."