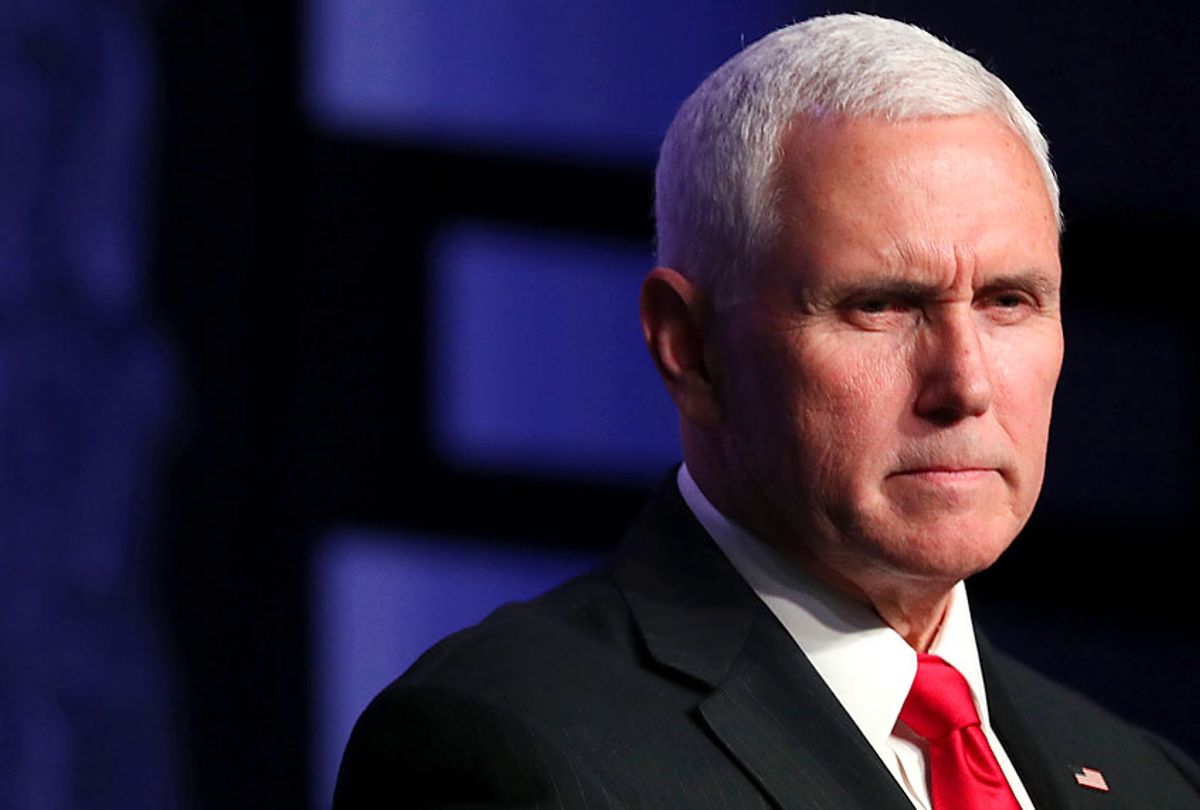 An Indiana tax preparer refused to serve a lesbian couple on religious grounds, saying she believes marriage is “between one man and one woman.”

Bailey Brazzel told the Washington Post that Carter Tax Service owner Nancy Fivecoate had prepared her taxes for the last four years, but refused to serve her when Brazzel brought her new wife, Samantha.

The couple intended to file a joint tax return for the first time after getting married last year, but Fivecoate refused to prepare their taxes.

Fivecoate told WTHR that she “declined to prepare the taxes because of my religious beliefs.”

"I am a Christian and I believe marriage is between one man and one woman,” she said. “I was very respectful to them. I told them where I thought she might be able to get her taxes prepared. The LGBT want respect for their beliefs, which I give them. I did not say anything about their lifestyle. That is their choice. It is not my choice. Where is their respect for my beliefs?”

But Brazzel told the Post that the experience left her “shocked, upset, and kind of hurt.”

“Our marriage is just as legal and valid as anybody else’s,” she said.

Although same-sex marriage is legal in Indiana, as in every other state, the LGBTQ community is not protected from discrimination. In 2015, then-Indiana Gov. Mike Pence signed the Religious Freedom Restoration Act, which activist groups said was an effort to permit discrimination against the LGBTQ community. The bill allowed businesses that discriminated against LGBTQ people to cite religious reasons if they are sued. The bill was later amended to say that it could not be used for the purpose of discrimination by companies but many advocates say anti-LGBTQ discrimination has been rampant in the state.

“You can get married one day and fired the next” with no legal recourse, Indiana University law professor Steve Sanders told the Post. The only thing those affected can do is “publicize the fact they were discriminated against,” he said.

According to a 2017 UCLA report, about 133,000 LGBTQ workers in Indiana have no legal protection from ongoing discrimination.

Indiana is just one of 26 states that offer no protections from discrimination to people based on sexual orientation or gender identity, essentially leaving millions of Americans as second-class citizens.

Since taking office, the Trump administration has continued Pence’s efforts to deny LGBTQ Americans basic protections under the guise of religious freedom. Last year, Trump signed an executive order that the Center for American Progress said gave a “license to discriminate against LGBTQ people.”

“The Trump administration has systematically redefined and expanded the right to religious exemptions, creating broad carve-outs to a host of vital health, labor, and anti-discrimination protections,” the report says, adding that the order advances “only the rights of a narrow segment of the faith community — namely, conservative Christians.”

The executive order, then-Attorney General Jeff Sessions said at the time, was meant to ensure that “to the greatest extent practicable and permitted by law, religious observance and practice should be reasonably accommodated in all government activity, including employment, contracting, and programming.”

The CAP report called the guidance an “extreme rewriting of the concept of religious liberty” that allows “religious beliefs to be used as a weapon against minority groups.”

The continuing crackdown on LGBTQ rights undermines Trump’s claim that the administration will end HIV/AIDS by 2030 (despite repeatedly undermining programs that combat HIV and ordering all HIV-positive people out of the military) and its reported plan to fight the criminalization of homosexuality around the globe.

The plan to support a campaign to decriminalize homosexuality in dozens of countries was floated by the U.S. ambassador to Germany Richard Grenell, who is openly gay, NBC News reported. Trump himself appeared to have no clue about the plan when asked about it by reporters in the Oval Office on Wednesday.

"I don't know, uh, which report you're talking about. We have many reports,” Trump told a reporter when asked about the “push to decriminalize homosexuality across the world.”

LGBTQ groups responded to Grenell’s plan with skepticism, noting that the Trump administration can start right here at home.

“We’d believe that the Trump administration will work to protect LGBTQ people around the world," said the advocacy group GLAAD in a statement, “if they had not attacked LGBTQ people in the U.S. over 90 times since taking office.”