"As a U.S. senator, I cannot justify providing the executive with more ways to bypass Congress," Tillis says 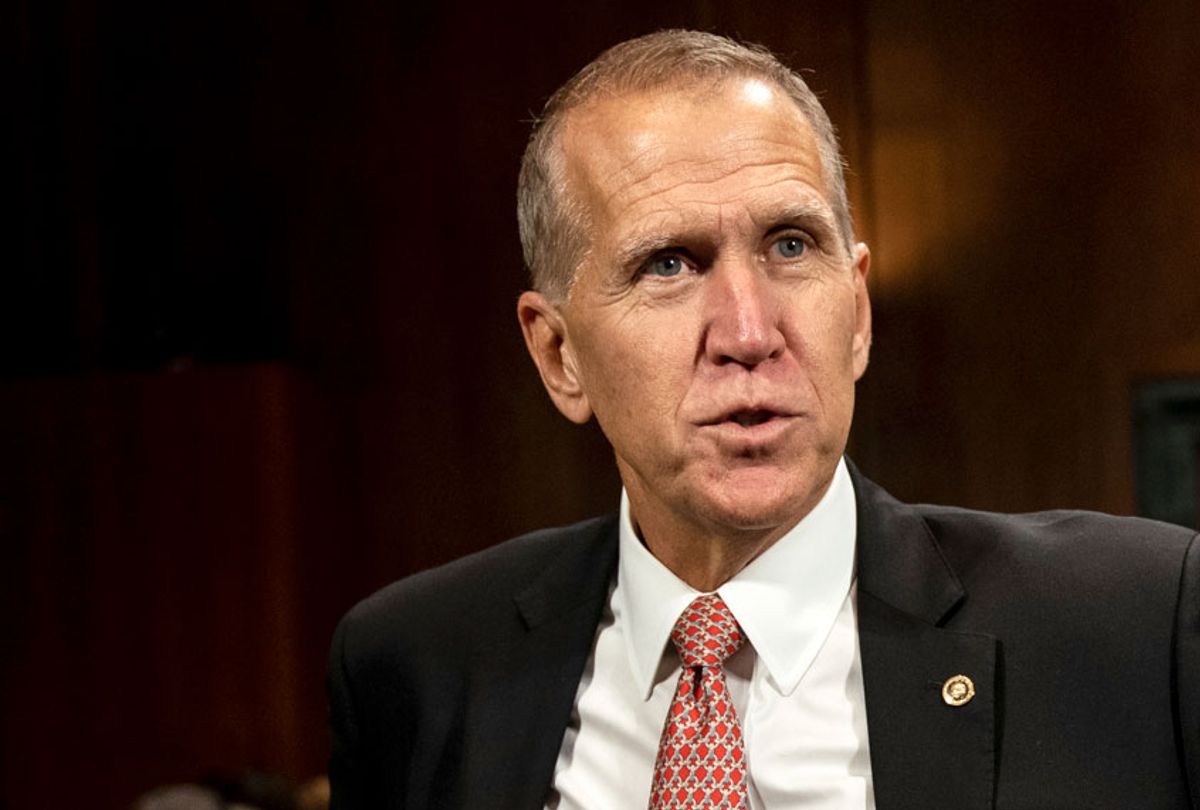 Republican Sen. Thom Tillis of North Carolina will vote in favor of a joint resolution against President Donald Trump's declaration of a national emergency at the U.S.-Mexico border, becoming the third Senate Republican to do so.

"I would vote in favor of the resolution disapproving of the president's national-emergency declaration, if and when it comes before the Senate," Tillis wrote Monday in a Washington Post op-ed.

Tillis noted that while he supports Trump on border security, he is concerned Trump has overreached with his national emergency proclamation.

"As a U.S. senator, I cannot justify providing the executive with more ways to bypass Congress," he wrote. "As a conservative, I cannot endorse a precedent that I know future left-wing presidents will exploit to advance radical policies that will erode economic and individual freedoms."

Tillis said he sees the national emergency declaration as an issue of separation of powers, and warned Republicans that the same tactic could be used by a Democratic president in the future.

"Republicans need to realize that this will lead inevitably to regret when a Democrat once again controls the White House, cites the precedent set by Trump and declares his or her own national emergency to advance a policy that couldn't gain congressional approval," Tillis wrote.

He compared his opposition to Trump's emergency declaration to his opposition to then-President Barack Obama's use of executive action to create the Deferred Action for Childhood Arrivals (DACA) program, which was at the time considered executive overreach by a majority of Republicans.

"There is no intellectual honesty in now turning around and arguing that there's an imaginary asterisk attached to executive overreach — that it's acceptable for my party but not thy party," Tillis wrote.

Tillis, however, noted that if he were president, he would "probably declare an emergency and use all the tools at my disposal, as well."

Trump declared a national emergency earlier this month in an effort to access billions of dollars that Congress refused to appropriate in order to see through his campaign promise of a wall along the southern U.S. border. Attempts to negotiate with Congress to obtain the $5.7 billion Trump had sought for more than 200 miles of steel walls along the U.S.-Mexico border failed, resulting in the nation's longest-ever government shutdown. Congress eventually passed a 1,169-page bipartisan spending package that included $1.375 billion for 55 miles of new walls, which Trump signed before saying he would also use his executive powers to declare a national emergency.

Under the National Emergencies Act, which Trump is using to claim broad authority to declare an emergency at the southern border, Congress can take up a joint resolution to disapprove of – and essentially block – the declaration. The House of Representatives is set to vote Tuesday on the resolution, and it is likely to pass in the Democratic-controlled chamber.

As soon as members of the lower chamber vote on the legislation, the measure would then go to the Republican-controlled Senate, who are required by law to put the measure to a vote within 18 days. If all 47 Democrats in the Senate support the legislation, they would still need four Republican votes in order for the resolution to pass the Senate. The vote needs a simple majority (51 votes). As of this writing, three Republicans — Tillis, Sens. Susan Collins of Maine and Lisa Murkowski of Alaska — have said they would join Democrats in opposing the declaration. Notably, additional Republicans have spoken out against Trump's decision to declare a national emergency, as well.

If both chambers pass the joint resolution, it would require the the president's signature. Trump will not sign a bill that overturns his own declaration, and he is poised to issue the first veto of his presidency. To override the president's veto, two-thirds of both chambers of Congress would have to pass the joint resolution with a veto-proof majority. That means more than 53 Republicans in the House would need to join the Democrats to reach 288 votes. In the Senate, 20 Republican lawmakers would need to join the Democrats to reach the 67 threshold. It is unlikely that there are enough supporters in Congress to override the president's veto.

Opposition to the national emergency was also expressed Monday in a letter signed by 26 former Republican lawmakers. The open letter, subtitled "Honor Your Oath and Protect the Constitution," was published on the Project On Government Oversight watchdog's website.

Additionally, 58 former senior national security officials, both Republicans and Democrats, including former U.S. Secretary of State Madeleine Albright, spoke out against Trump's national emergency declaration in a letter published Monday. The bipartisan group of former government officials wrote "there is no factual basis" to support the president's national emergency declaration on the country's southern border.