The governor's office, already under fire, says the African-American students were not singled-out by Pam Northam 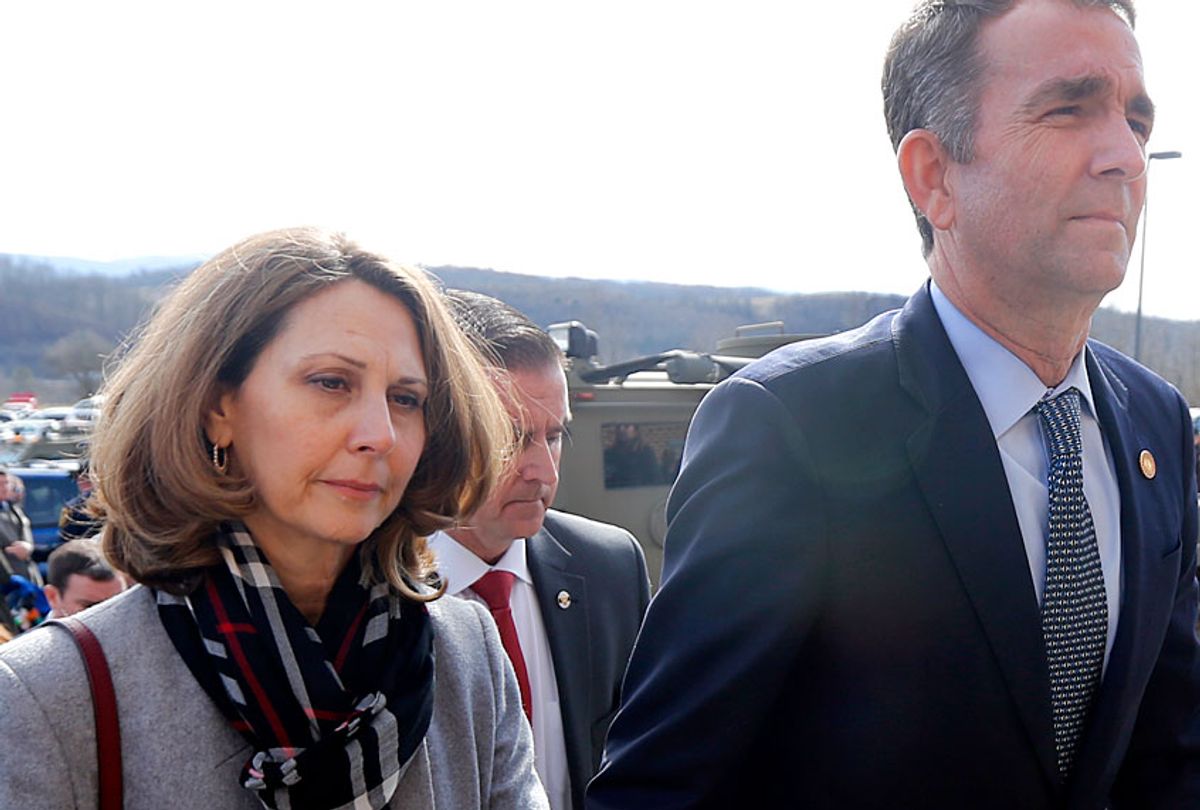 Virginia's first lady Pam Northam ― whose husband, Gov. Ralph Northam (D), is fighting calls to resign following allegations of racism ― also finds herself under intense scrutiny after handing cotton to some African-American students and asking them to imagine about what it was like to be enslaved.

The exchange occurred Feb. 21 during a tour of the governor's mansion in the capitol city of Richmond that Pam Northam reportedly conducted for about 100 teenagers who had served as pages in the Virginia state Senate. Pam Northam, a former middle-school teacher, took groups of pages to a cottage on the grounds that once served as a kitchen. At one point, in front of 20 children, Northam held up samples of cotton and tobacco and described the lives of the enslaved workers who once picked the crops, according to The Washington Post.

Northam then gave cotton to three of the young people, who were the only black pages in the program, and asked them to imagine what it must have been like to harvest the crop all day, according to the mother of one of the pages who is upset about the interaction.

Leah Dozier Walker, an official at the state's education department who oversees its office of equity and community engagement, said she was seething as her eighth-grade daughter recounted the incident.

In a letter sent Monday to the first lady and state lawmakers, Walker wrote, "I cannot for the life of me understand why the first lady would single out the African American pages for this — or — why she would ask them such an insensitive question."

Walker, noting that the governor and his wife have been asking Virginians "to forgive them for their racially insensitive past actions," added that "the actions of Mrs. Northam just last week do not lead me to believe that this governor's office has taken seriously the harm and hurt they have caused African-Americans in Virginia or that they are deserving of our forgiveness."

The governor's office said the African-American students were not singled-out by the first lady, who said she simply handed the cotton to whomever was nearby, according to the Post.

Pam Northam responded to Walker's complaints in a statement.

"As first lady, I have worked over the course of the last year to begin telling the full story of the executive mansion, which has mainly centered on Virginia's governors. The historic kitchen should be a feature of executive mansion tours, and I believe it does a disservice to Virginians to omit the stories of the enslaved people who lived and worked there ― that's why I have been engaged in an effort to thoughtfully and honestly share this important story since I arrived in Richmond," the first lady said. "I have provided the same educational tour to executive mansion visitors over the last few months and used a variety of artifacts and agricultural crops with the intention of illustrating a painful period of Virginia history. I regret that I have upset anyone."

"I am still committed to chronicling the important history of the historic kitchen and will continue to engage historians and experts on the best way to do so in the future," Northam concluded.

The incident comes after, earlier this month, it was revealed that Ralph Northam's 1984 medical school yearbook page shows a photo of a man wearing blackface standing next to another individual wearing a Ku Klux Klan robe. He initially indicated he was in the photo and apologized for it, but a day later said he was not in the offensive picture and later refused to heed calls for his resignation. Northam did not have an explanation for why the photo appeared in his yearbook page. He did, however, admit to once wearing blackface as part of a Michael Jackson costume for a dance competition and told reporters he could moonwalk, which his wife dissuaded him from doing in front of the press.

Northam, meanwhile, has attempted to do "damage control" by pledging to dedicate the remaining three years of his term to racial equality — attempts which thus far have proven largely unsuccessful. Most recently, he used the term "indentured servants" when referring to slaves during an interview with "CBS This Morning" host Gayle King.