Would you help your good friend die? "Paddleton" is a road movie with a heavy destination

This Ray Romano and Mark Duplass drama, currently on Netflix, explores how to help someone have a dignified death 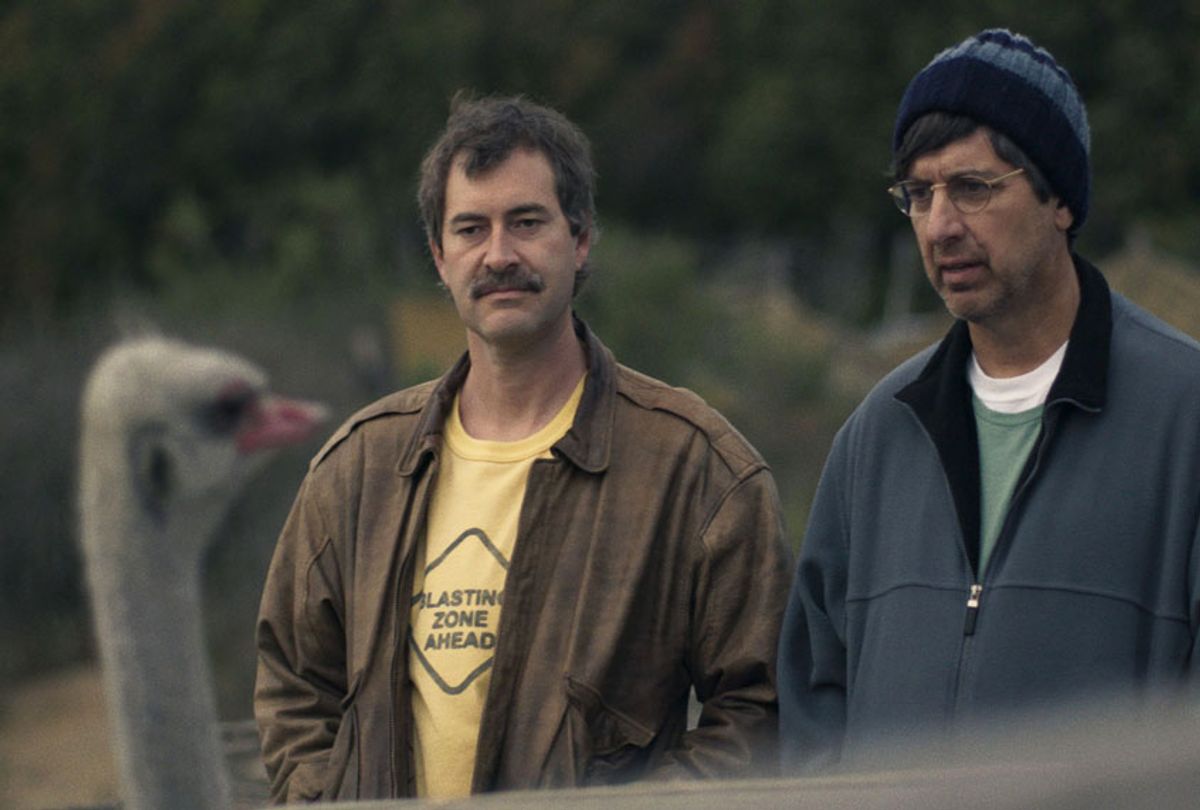 I don't know what your definition of a true friend is, but mine would definitely include "willing to help me die."

The Netflix feature "Paddleton" is a laconic road movie about the relationship between the terminally ill Michael (Mark Duplass) and Andy (a restrained, terrific Ray Romano), his upstairs neighbor and best friend. Not much happens. Except life and death. Michael has the good fortune to have metastatic cancer in California, which means he can exercise the state's right to die option. "I don't want to do it alone, and I was hoping," he tells Andy as they casually nibble cashews one afternoon. "You would help me out."

The concept of how to have a decent death has provided plenty of fictional inspiration over the years. Sixteen years ago, Ryan Murphy's "Nip/Tuck" did a haunting arc about a woman with late stage breast cancer enlisting her lover, a doctor, to assist her in making a peaceful exit. The Oscar-winning 2012 "Amour" similarly explored assisted death as an act of love. And just two years ago, "Grace and Frankie" introduced Babe, a free-spirited pal of the girls who asks for help planning a blow-out farewell party — and a glitch-free ending for her life. Estelle Parsons was lauded for her guest role, but not everyone was a fan. One ethics blog subtly described the episode as "Grace and Frankie kill their friend."

California's End of Life Option Act came about in no small part thanks to the legacy of Brittany Maynard, a 29 year-old Anaheim woman who spent her final months advocating to die with as much agency as possible before her brain cancer took over. She died in Oregon in 2015, surrounded by family and loved ones but far from home, because she needed to be in a state that would provide the appropriate environment. Physician assisted death is currently legal in seven states and the District of Columbia, though it continues to face numerous legal challenges.

But "Paddleton" isn't a right to die movie. There is no courtroom battle to be fought, nor any secretive pact to be made. When Andy initially goes through the routine dance of assuring Michael that he can't give up because "miracles happen," Michael counters, "They already gave me the prescription." Andy grapples with his assigned role a moment, then stoically tells him, "OK."

The men take a leisurely six-hour drive to one of the few pharmacies in the state that will fill the prescription. They bicker and drink and have loose, random and often very funny conversations. They return home and face the increasingly imminent fact that one of them will not be there much longer.

"Paddleton" (named for one of the men's made-up games) was co-written and co-stars Mark Duplass, so it comes as no surprise it has a certain mumblecore je ne sais quoi. Scenes stretch out almost aimlessly. The repetitive routines of two schlubby, not very dynamic individuals play out in real time. There are no noble speeches. Yet within the film is a resonant meditation on the uniquely bewildering experience of imminent grief. "I'm the dying guy!" Michael yells to Andy at one point late in the story. "I'm the other guy!" Andy retorts, helplessly, heartbroken.

I've spent a lot of time the last several years being the other guy. I've sat with friends shriveling in their hospital beds. I've attended family funerals other relatives wouldn't. I watched "Paddleton" a few hours before learning of the sudden death of one of my daughter's oldest friends. And all I've ever really learned from all of it is that whether you're prepared for it or not, the loss of someone you love will hit you like a baseball bat, and keep hitting you for longer than you ever thought possible.

The men in "Paddleton" are overgrown kids who like puzzles and pizza. Yet there are few tasks in life that demand as much delicacy and grit as facing death, and that task they manage with exemplary skill. As they sit together on Michael's floor, preparing a final cocktail, Andy deadpans, "I don't even know if you had to buy this particular pill. A hundred of anything would . . . you know." He is sincere and reassuring and not somber. And when he later goes alone into the kitchen to mix the drink, Andy adeptly performs the chore, pausing only briefly to rip off a paper towel to dab his eyes.

I aspire to die someday with dignity, though I'm not currently making a fantastic show of living with it. Neither are any of the characters of "Paddleton." They are — even the peripheral ones — awkward and strange and pretty weird. Maybe most of us are. And as much as we deserve a death with dignity, we long for one with empathy, shared with a friend who'll hold our hand as we leave, and miss us when we're gone.