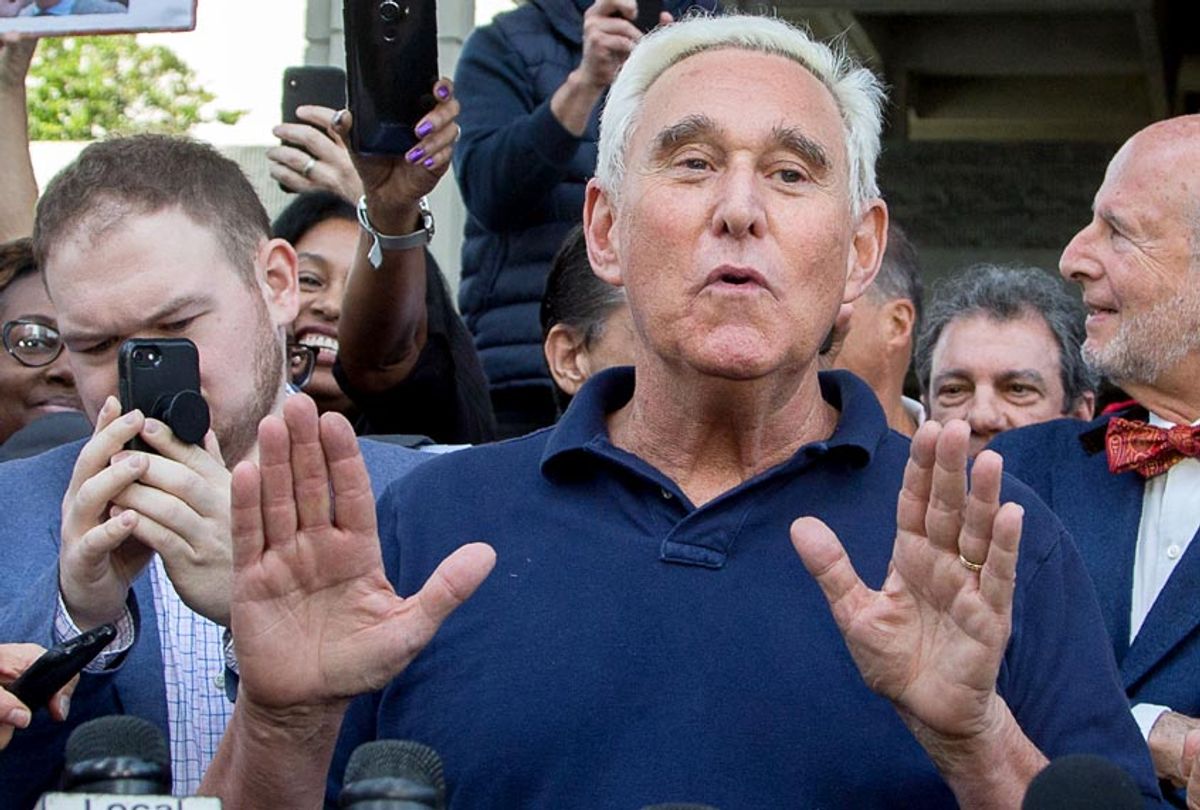 Roger Stone, a longtime adviser to US President Donald Trump, speaks to the media outside court January 25, 2019 in Fort Lauderdale, Florida. (Getty/Joshua Prezant)
--

President Trump's former political adviser, Roger Stone, may have gotten himself into hot water once again with an Instagram post that seems to violate a gag order imposed on him during his criminal trial.

The photograph in question was a mock-up of the poster for the 1988 animated film "Who Framed Roger Rabbit?" and insinuated that Stone was being framed. It was published only a few weeks after Stone had gotten in trouble for another Instagram post, one that showed Judge Amy Berman Jackson (who is presiding over his case) next to crosshairs emulating the scope of a rifle. Stone took down that post and replaced it with a one that removed the crosshairs and included a reference to his criminal proceeding as a "show trial."

Although Stone denied intending to threaten Jackson, he was warned against posting future items on his social media accounts pertaining to the trial. Stone apologized to Jackson at that time, admitting "that the photograph and comment today was improper and should not have been posted" and insisting that he "had no intention of disrespecting the Court and humbly apologize to the Court for the transgression."

Stone has a long history of using social media to promote controversial opinions and then backpedaling when called out on them. In September, when he was tweeted flashing a white supremacist hand signal, he emailed Salon that "I worked for the President who desegregated the public schools and instituted the policy of Affirmative Action in addition to founding the office of Minority Enterprise as well as desegregating the building trade Unions under the Philadelphia plan," a reference to Richard Nixon. He also said, "I also support the President who has brought Black unemployment to the lowest level ever," an apparent reference to Trump (although the factual claim in question is dubious).

Stone has repeatedly denied having any connections with the Russian government or its agents, a claim that led to a heated exchange with Salon in April 2017 when he was asked why he believed an alleged hit-and-run against him was committed by Russians if he had no association with that country.