How we talk about Michael Jackson and abuse matters 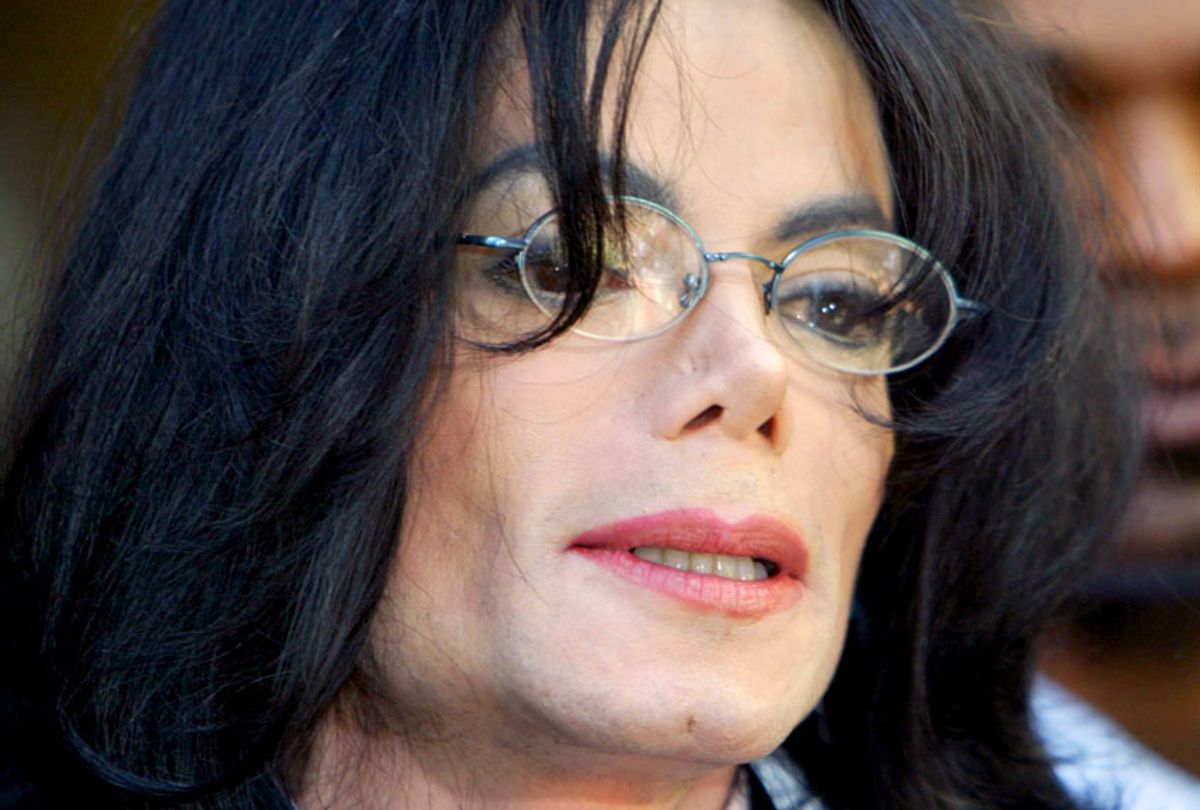 The response to the premiere of "Leaving Neverland," the expansive HBO documentary featuring the stories of two of Michael Jackson's alleged victims who say the pop star sexually abused them for many years when they were young boys, could not be more different than what happened after Lifetime's "Surviving R. Kelly" aired. Even accounting for those who somehow had been able to ignore the dozens of allegations against Kelly — which span the entirety of his career — after the six-hour docuseries, there were few defenders left in sight.

Celebrities, including those who had been influenced by Kelly and worked with him, denounced him; radio DJs promised to stop playing his music. Prosecutors in several counties vowed to investigate the R&B singer and in a rare display of solidarity, men and women seemed to stand with Kelly's numerous alleged victims. Most recently, Kelly was charged with 10 counts of aggravated sexual abuse and he is now in custody for unpaid child support.

But in the wake of accounts by Wade Robson and James Safechuck detailing the abuse they say Michael Jackson inflicted on them, much of the so-called societal and cultural progress on believing survivors — on understanding the layers of abuse, especially when it comes to minors and when the alleged perpetrator wields infinite power and influence — evaporated. Skepticism about the accounts in "Leaving Neverland" continues to be vehement.

At the "Leaving Neverland" premiere at Sundance last month, organizers and local police were on alert and beefed up security, according to Deadline, with one law enforcement source telling the outlet, "Tensions are higher for this movie than anything I’ve ever seen at Sundance before."

A social media army of Jackson's fans, or "MJ truthers" as New York Times columnist Maureen Dowd called them — before, during and after the premiere of the documentary aired piled onto journalists and others who deem the allegations in "Leaving Neverland" credible.

The "MJ truthers" scream about a lack of facts and evidence in "Leaving Neverland," that no one from the "other side" was interviewed and that Robson and Safechuck had defended Jackson in the past. As the Catholic Church faces its own reckoning, have we truly learned nothing about the longterm trauma of childhood sex abuse, and how it can take decades for survivors to come to terms with it themselves, never mind be able to speak publicly about their experiences?

Even if the "MJ truthers" weren't speaking loudly and proudly of their boycott of the film, from their defenses it's clear that none of them have seen "Leaving Neverland," because these issues are plainly and thoroughly addressed in the film.

Instead of engaging with the mountains of evidence that Reed presents — most damning, that the biggest pop star in the world slept in the same bed over and over again with multiple young boys (Robson, 7; Safechuck, 10, Jordie Chandler, who accused Jackson of sexual abuse and settled out of court for more than $20 million, when he was 13.) Reed also has multiple people describe the hallway leading to Jackson's bedroom in the Neverland Ranch as wired with bells so Jackson could be alerted if an adult approached. (Safechuck alleges that Jackson made him practice getting dressed quickly in case of such a scenario.) There were loving faxes from Jackson to Robson, or to "little one," as he called him; adoring voicemails from Jackson to Safechuck.

In one of the most disturbing scenes, Safechuck recalls a pseudo wedding that took place between he and Jackson. He says the two went to a jewelry store to pick out the rings together, under the guise that Jackson was shopping for a ring for a woman who had small hands like Safechuck's. Safechuck produces the gold and diamond-encrusted ring in "Leaving Neverland," showing how the tiny piece of jewelry that fit him as a young child can barely move past his fingernail on his grown man's hand.

The excuses given for these wildly inappropriate relationships that Jackson had with young boys were, then and now, delusional. "Michael just loved kids. We infantilized him as though the man wasn’t essentially omnipotent. The thing about cognitive dissonance is that, when fully employed, you can rationalize or dismiss anything," Kierna Mayo writes for AfroPunk. "Before you know it, you’re a damn fool. You look up and can’t even draw a line of probability between a man in his 30s and 40s sleeping with young boys every night for years, and pedophilia." (Jackson has always maintained his innocence regarding the 1993 settlement and the 2005 case in which he was acquitted for child molestation, and his estate continues to do so on his behalf.)

"People increasingly want 'evidence and proof' as the barometer for whether or not a victim of any kind of abuse is to be believed, yet by those standards nearly every survivor is a liar," Mayo added. "Michael’s victims had more so-called proof than most survivors will ever have. Don’t you ever get that twisted. It’s why survivors need a movement to be believed in the first place."

Reed told Winfrey in an interview following the airing of the documentary that this was not a documentary about Michael Jackson, and thus, he didn't see the journalistic merit in interviewing Jackson's family members, who he says have a vested financial interest in the singer's reputation. As my colleague Melanie McFarland wrote, "Leaving Neverland" wasn't bogged down by the singer's biography or his music. This was about Robson and Safechuck, about the perils of bottomless celebrity power, the blinding nature of stars who shine so bright, and the lifelong trauma and devastation of child sexual abuse.

Winfrey echoes this in her own words. "This moment transcends Michael Jackson. It is much bigger than any one person," she says to Reed, Robson, Safechuck and to an audience of more than 100 survivors of child sex abuse. "This is a moment in time that allows us to see this societal corruption. It’s like a scourge on humanity." Winfrey's right and we are failing.

To the "MJ truthers," adults who have suffered abuse as children and haven't yet disclosed are watching; children who fear nighttime are watching. How we handle these allegations against Jackson have wide repercussions for the larger epidemic of child sexual abuse. One in four girls and one in six boys will be abused before they turn 18, according to Kids At Risk Action, an advocacy group working on behalf of abused children. Will we also ask them for proof? Will we ask them why they waited so long to speak up? Or we will, for the first time, commit to protecting them?