Republicans tried to put Democrats in a difficult position, but in the end, the House GOP cracked 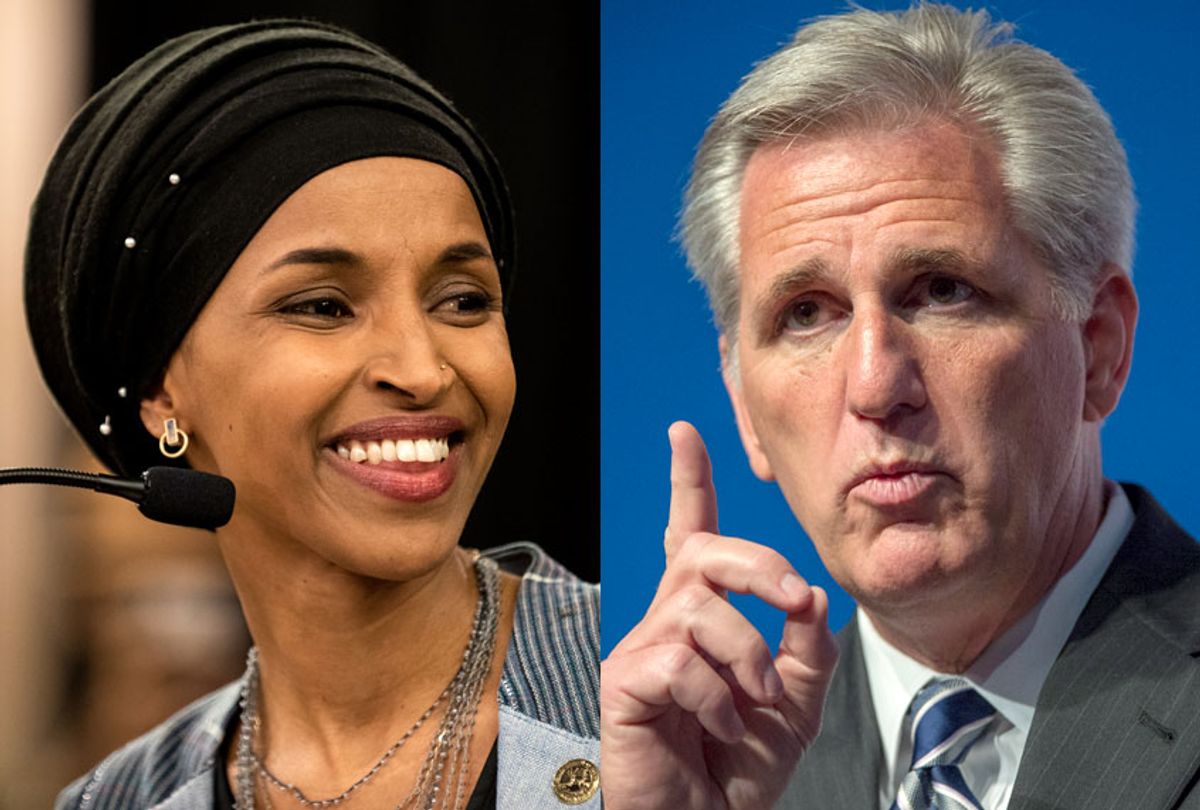 Last week, when the U.S. House took an important stand against hatred and passed a resolution condemning antisemitism and anti-Muslim bigotry, I was reminded of the days after the horrific synagogue shooting in Pittsburgh last October, when thousands of Jews, Muslims, Christians, and members of countless other faiths and races gathered together across the country to honor the victims. Many Jewish Americans knew then, and continue to recognize now, that we are not safe on our own, that our collective safety rests in solidarity with other communities facing their own challenges and the shared threat of white nationalism.

Last week's vote was only possible because of organizing efforts by dozens of groups representing millions of Americans who successfully pushed for a resolution that recognizes that fundamental importance of unity among our communities. It was a continuation of a movement that began in the early days of the Trump presidency, a nationwide movement of progressive, diverse Americans, all equipped with the understanding that antisemitism, Islamophobia, racism, and xenophobia reinforce each other, and must be addressed together. There are members of my Jewish community who felt that addressing multiple forms of hate at once is problematic, arguing that it is a type of rhetorical dilution of the intent of the resolution. But that’s only true if the intent was to vilify a single person. If Congress wants to denounce antisemitism, then every single member should be able to do so whether or not it’s addressed alongside other oppressions that keep our nation from realizing our true potential.

It's clear that the most urgent threat our communities face is the rising tide of white nationalism, whether it comes in the form of policies that criminalize immigrants and ban Muslims, rhetoric that stereotypes Jews and marginalizes people of color, or acts of horrific violence. There can be no doubt that the person most responsible for the rise of this hateful ideology and the danger to our lives and communities in our politics today is President Trump, not a freshman representative.

The president's policies and rhetoric have fanned the flames of white nationalist violence, and Republicans have been all too eager to follow along with his use of antisemitic, anti-Muslim and racist conspiracy theories. Any effort by Congress to address the issue of hatred in our society must begin with a clear, unambiguous rejection of the President’s agenda. In the months since the shooting in Pittsburgh, we have seen the president and the Republican Party invoke the murders of eleven Jews on Shabbat morning for political gain, but they have never mentioned that the shooter believed Jews were “committing genocide against his [white] people.” They have failed to note that this murderous violence was fueled by the shooter's hatred of Jewish support for refugees and immigrants, an imperative in our tradition. And they most certainly leave out any mention of the clear and present danger that white nationalists like Robert Bowers, Cesar Sayoc and Christopher Hasson pose to Americans who don’t look like them.

Make no mistake: Republicans don’t have a monopoly on antisemitism. And Democrats must have zero tolerance for it, however it’s wielded, whether it comes from within the party, from the opposition, or anywhere else. We will call out harmful and hurtful actions wherever we see them, and it is true that Rep. Omar’s recent comments caused real pain and damage in the Jewish community. We must hold each other accountable and learn from our actions.

But we also can’t allow cynical, bad-faith political posturing by a party that has wholeheartedly embraced a white nationalist agenda that puts Jews, immigrants, and people of color in its crosshairs.

Some of the loudest Republican Congressmen calling for punishment of Rep. Ilhan Omar (D-Minn.) have a history of deleted tweets, ties to white supremacist groups or records of using antisemitic tropes. Singling out Rep. Omar, in the midst of multiple instances of antisemitism by her colleagues and while she has been the target of violent anti-Muslim rhetoric, was misguided, in bad faith and a strategic mistake. The politics of last week were supposed to put the Democrats in a difficult position, but in the end, it was Republicans who couldn’t unite their party against antisemitism: 23 of them refused to vote to condemn bigotry. Fighting hatred in all forms shouldn’t be a partisan issue, but it’s clear which party is making it one.

How Congress ultimately chooses to approach the hatred and bigotry rampant in our society will decide the struggle for the soul of our nation. Will our elected officials work together to ensure the safety and inclusion of all Americans targeted by hatred? Will they have the strength and vision to provide for that safety while advancing the agenda we elected them to implement? Or will we allow cynics and hypocrites to divide us and endanger the collective vision that we have worked toward for years?

We are in this fight together, because we know exactly what white nationalists, from President Trump on down, fear the most: a true multiracial democracy.

Ginna Green is the chief strategy officer of Bend the Arc: Jewish Action.