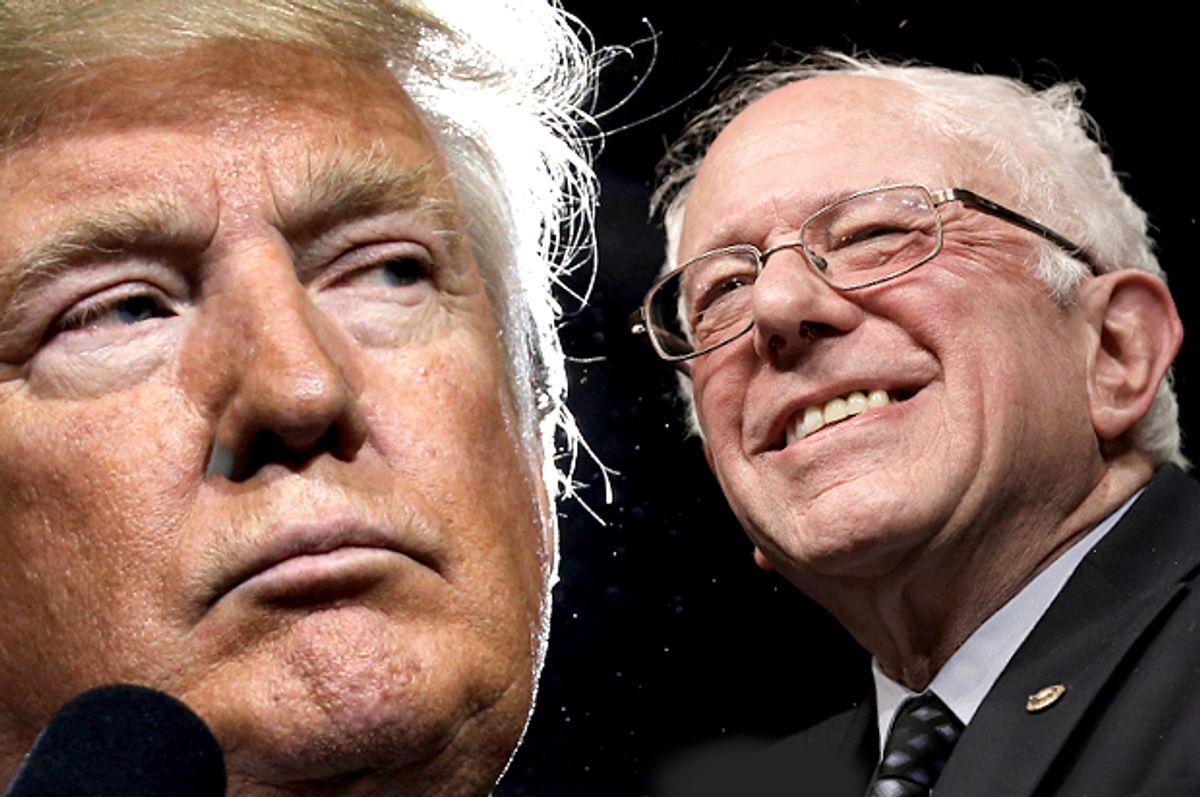 The Senate just passed a bill that, if signed into law by the House, would rebuke President Donald Trump's support for Saudi Arabia in its controversial war against Yemen.

The bill would end America's support for Saudi Arabia in a military campaign against Yemen so harsh that the United Nations referred to it as the world's worst humanitarian crisis, according to NBC News. Thousands of Yemenis have been killed due to Saudi military actions and thousands more have been left on the brink of starvation. Yet despite this human rights concern, as well as Saudi Crown Prince Mohammed bin Salman's involvement in the assassination of Washington Post journalist Jamal Khashoggi, Trump has continued to defend Saudi Arabia and support that nation's war against Yemen, even going so far as to publicly disagree with and criticize his own intelligence community when they have lambasted the Saudi government.

"The bottom line is that the United States should not be supporting a catastrophic war led by a despotic regime with an irresponsible foreign policy," Sen. Bernie Sanders, I-Vt., declared from the Senate floor on Wednesday. The bill passed by the Senate was co-sponsored by Sanders and Sen. Mike Lee, R-Utah, on the grounds that (as Sanders put it in his speech) it would "begin the process of reclaiming our constitutional authority by ending United States involvement in a war that has not been authorized by Congress and is unconstitutional."

As Sanders further explained to Talking Points Memo, "The issue of war and peace is obviously an enormously important issue for the people of this country, and it has to do with whether we continue to be involved in never-ending wars, whether we spend trillions of dollars on the war on terror, or if we come up with new approaches which protect American interests, protect American lives, protect American money. I think what is interesting about this vote, this effort, is it really is bipartisan. I hope and expect we’ll have every Democrat, and I think we’ll have a number of Republicans. I think that’s what the American people want on issue like this."

Trump has already promised to veto the bill, saying that "by defining 'hostilities' to include defense cooperation such as aerial refueling," the resolution on America's support for Saudi Arabia would "establish bad precedent for future legislation." If passed into law despite the president's veto, it would be the first time that Congress has ever exercised its authority under the War Powers Act of 1973 to seize foreign policymaking power away from the executive branch.

"I think that American relationships with Saudi Arabia have always been complicated, from President [Franklin] Roosevelt on," former Secretary of State Madeleine Albright told Salon last month. "We do see them as a country that’s very important to us strategically and in any number of different ways. When during the [President Jimmy] Carter administration and then particularly during the [President Bill] Clinton administration we spent time talking about some of the human rights issues in Saudi Arabia, and we have had issues with that. I think that it’s very… You’ve asked a hard question in terms of, I don’t know why the Yemen thing has not attracted more attention because it really is a huge tragedy. A proxy war between Iran and Saudi Arabia is being played out on the heads, literally, of the Yemenis."