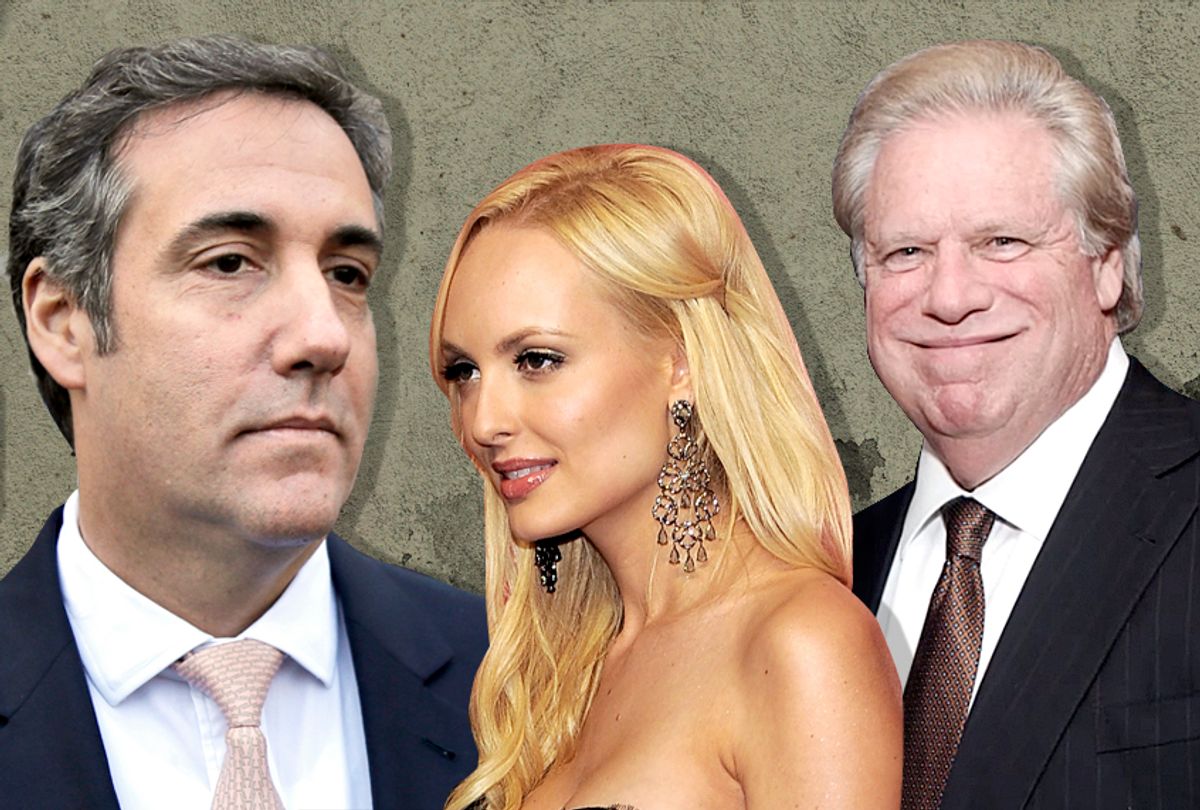 This article has been corrected since its first publication on March 20, 2019. Salon first reported that Elliott Broidy had received $1 billion in contracts from Saudi Arabia and the United Arab Emirates; the correct amount was $200 million, and only from the UAE. In addition, one sentence gave the impression that Broidy had been accused of criminal wrongdoing by the Justice Department. No such public allegation has been made. As the story correctly reports, Broidy has been charged with no crime. Salon regrets the errors.

Federal investigators raided the office of top Trump fundraiser and former Republican National Committee official Elliott Broidy in a money laundering investigation related to allegations that he cashed in on his close ties to the White House.

Federal agents raided Broidy’s office last summer in search of records related to his dealings with Trump’s inner circle and foreign officials, according to a sealed search warrant obtained by ProPublica. Broidy served as the finance chairman of Trump’s campaign and later the deputy finance chairman of the Republican National Committee along with longtime former Trump lawyer Michael Cohen, who also cashed in on his access to Trump by selling his influence to corporations trying to curry favor with the administration. Broidy stepped down after it was revealed he used Cohen to pay hush money to a former Playboy model with whom he'd had an affair.

That was only the tip of the iceberg. The Washington Post reported shortly after Broidy's resignation that he was being investigated by the Justice Department. The search warrant obtained by ProPublica shows that federal agents were investigating Broidy for money laundering, conspiracy, and violating laws requiring lobbyists for foreign entities to register with the government.

Broidy, who previously pleaded guilty in a 2009 corruption and bribery scandal, developed close ties to the Trump circle as a big money fundraiser during the 2016 campaign. ProPublica reported that Broidy played a major role in staffing administration positions after Trump took office.

But Broidy is reportedly now the subject of a Justice Department investigation, amid suggestions that he may have used his access to Trump to lobby on behalf of foreign clients.

According to the search warrant, agents sought records of Broidy’s alleged work for Malaysian business executive Jho Low, who is at the heart of the 1MDB scandal, in which government and business officials are accused of illegally embezzling millions.

The Justice Department said in a court filing last fall that Low paid Broidy to lobby the Trump administration to ease off on the investigation into his alleged crimes. Broidy was not named in the filing but was reported to be referred to as “Individual No. 1.”

Agents also sought records related to Broidy’s dealings with George Nader, an adviser for the United Arab Emirates and Saudi Arabia who reportedly offered to help Trump win the 2016 election and arranged back-channel meetings between members of Trump’s inner circle and Russian oligarchs.

The New York Times reported last year that Broidy helped Nader lobby the Trump administration on decisions that benefited the UAE and the Saudis, possibly in return for $200 million in UAE contracts for his private security firm and the prospect of future business.

Agents also sought records related to Broidy’s work related to Chinese dissident Guo Wengui, a business executive who fled China after accusing the government of corruption. According to the Times, Broidy tried to use his influence in Trump world to force Guo out of the country in an apparent effort to curry favors from Chinese and foreign officials.

It is unclear where the investigation stands but Broidy has not yet been charged with any crime.

Broidy’s attorney denied that his client violated any laws, insisting that Broidy “has never agreed to work for, been retained by nor been compensated by any foreign government for any interaction with the United States government, ever. Any implication to the contrary is a lie.”