The panel is investigating accusations of obstruction of justice, corruption and abuses of power against Trump 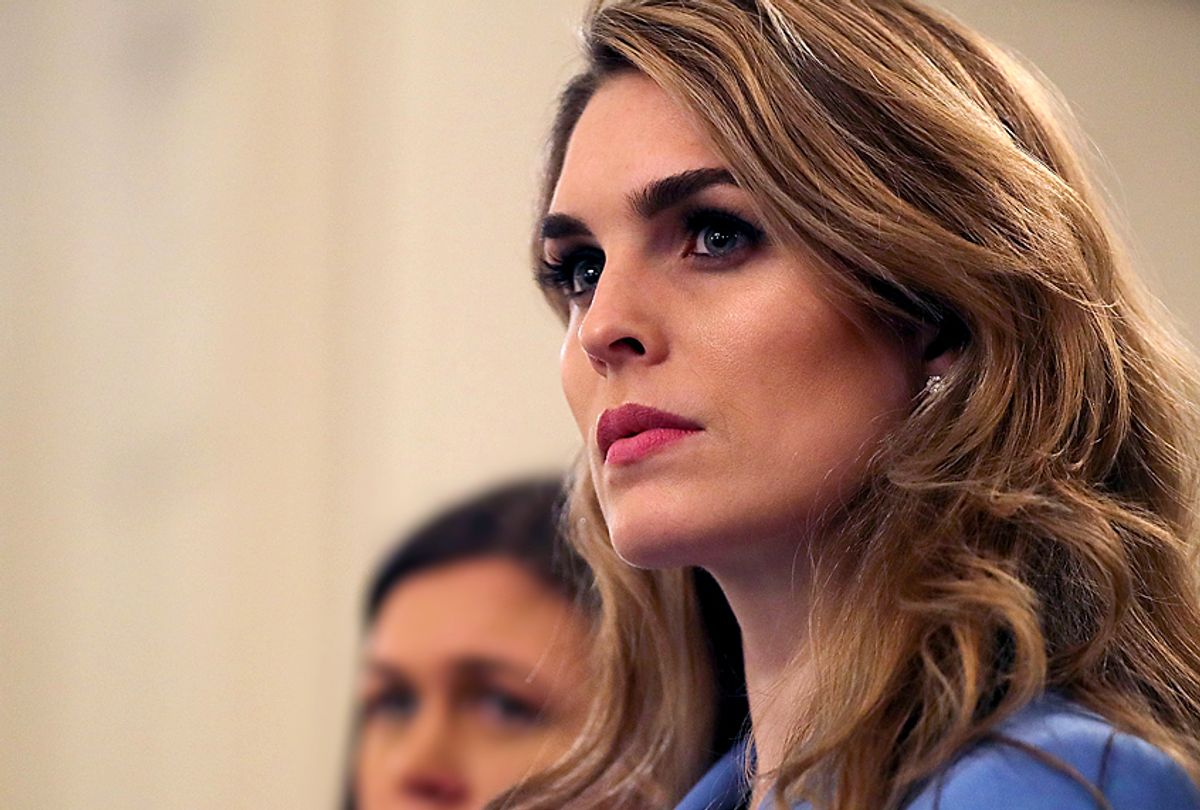 Hope Hicks, the former White House communications director and a confidant of President Donald Trump, will cooperate with the House Judiciary Committee's sweeping investigation into her former boss and his administration.

Rep. Jerry Nadler, D-N.Y., the chairman of the panel, requested a cache of documents from Hicks earlier this month on a variety of topics, including those related to the firing of former national security adviser Michael Flynn, the termination of former FBI Director James Comey and the probed hush-money payments made to women alleging extramarital affairs with Trump during the 2016 presidential campaign in exchange for their silence. The president has denied the alleged affairs. Hick intends to comply with the Nadler's request, multiple news outlets have reported. CNN first broke the story.

The House Judiciary Committee launched a wide-ranging probe into accusations of obstruction of justice, public corruption and abuses of power against the president earlier this month. The panel has requested documents from Trump's namesake company, charity, campaign, transition team and inaugural team, in addition to dozens of records from the president's longtime associates and his two adult sons, among others. Many of those individuals have already been ensnared in ongoing federal investigations, and others were implicated in former Trump attorney and personal "fixer" Michael Cohen's recent appearances before three congressional committees.

Nadler asked Hicks to produce documents from "any personal or work diary, journal or other books containing notes, a record or a description of daily" about her employment by Trump, the Trump Organization, the Trump campaign and the executive office of the president.

Republicans and Democrats revealed Hicks resisted answering many questions about her time in the White House during a private appearance in front of the House Intelligence Committee last year. Democrats on the panel expressed frustration with Hicks at the time and tried to insist during the interview that she be served with a subpoena. However, a subpoena threat was not issued to extract further testimony from Hicks. (Congress has broad constitutional authority to conduct oversight and investigations, but the majority party in the House of Representatives controls almost all of the subpoena power and other investigative measures. Republicans, who controlled the House for the first two years of Trump's presidency, came under intense scrutiny for blocking every attempt by the Democrats to pursue a subpoena.)

Nadler said Monday he was "encouraged" by the responses he had received since his request earlier this month for documents from more than 80 individuals and entities as part of its sprawling investigation into the president, his administration, campaign and business ventures. Nadler added that many of the recipients of the documents requests have told the House Judiciary Committee they plan to cooperate with the probe, while others have already produced "tens of thousands" of documents as part of its request. The chairman did not initially reveal who complied with the committee's demands, and the panel said it would not respond to questions about specific responses to their letters. Later that day, Nadler disclosed that Steve Bannon, a former Trump campaign adviser and White House strategist, turned over "a few thousand" documents to the committee during an appearance on MSNBC.