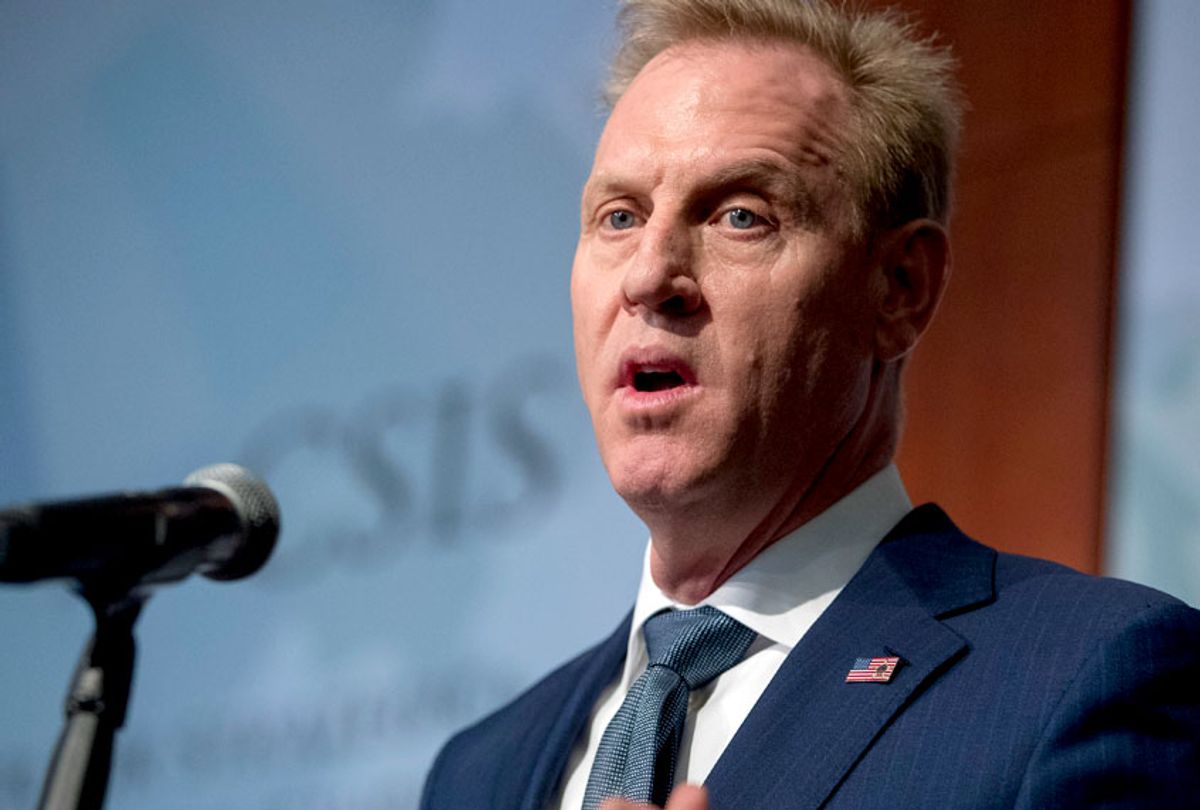 Acting Defense Secretary Patrick Shanahan is facing a probe into whether he inappropriately attempted to help his former employer, Boeing Co., after President Trump named him to oversee the military.

The probe is occurring due to an ethics complaint filed with the Pentagon's inspector general last week by Citizens for Responsibility and Ethics in Washington, according to the Associated Press. The nonpartisan watchdog group alleges that Shanahan appeared to make comments boosting Boeing and putting down competitors like Lockheed Martin, while serving as a public officer.

CREW pointed to remarks that Shanahan made during meetings on government contracts in which he praised Boeing. On another occasion, the Pentagon decided to award a $1 billion contract to Boeing to purchase eight 15EX fighter jets, a decision that may or may not have been related to Shanahan's support for the company. CREW's ethics complaint argued that "Shanahan, intentionally or not, is putting his finger on the scale when it comes to Pentagon priorities."

When Shanahan was first confirmed as Deputy Defense Secretary in 2017, the late Republican Sen. John McCain of Arizona expressed concern about Shanahan's past relationship with Boeing. "I have to have confidence that the fox is not going to be put back into the henhouse," McCain told Shanahan at the time.

Shanahan's career at Boeing began in 1986, where he served at various times as the company's senior vice president of supply chain and operations, vice president and general manager of two of Boeing's defense divisions, Boeing Missile Defense Systems and Rotorcraft Systems. Shanahan's nickname at the company was "Mr. Fix-It" because of his reputation for being able to turn around programs that were in danger of failing.

"Acting Secretary Shanahan has at all times remained committed to upholding his ethics agreement filed with the DoD. This agreement ensures any matters pertaining to Boeing are handled by appropriate officials within the Pentagon to eliminate any perceived or actual conflict of interest issue(s) with Boeing," Pentagon spokesman Tom Crosson said in a statement.

The probe into Shanahan comes at a time when Boeing is already facing harsh scrutiny.

Prosecutors from the U. S. Justice Department have issued subpoenas as part of an investigation into Boeing's Federal Aviation Administration certification and how they marketed their 737 Max planes, according to CNN. Although the criminal investigation began in October 2018 after a 737 Max 8 aircraft operated by Lion Air in Indonesia wound up crashing, it has received renewed attention after another 737 Max 8 owned by Ethiopian Airlines crashed shortly after takeoff in Ethiopia earlier this month.

There has also been controversy over the unusually lengthy amount of time that Trump took appointing a head for the Federal Aviation Administration, even at one point considering choosing his personal pilot John Dunkin. Earlier this week Trump ended the uncertainty by selecting former Delta Air Lines executive Stephen Dickson, according to The New York Times.

"That is very unusual. Like many employments that are still unfilled, FAA administrator is an extremely important position," Captain Ross "Rusty" Aimer told Salon last week, before Trump had finally filled the position. "It involves the safety of the public, and for us not to have a proper FAA administrator is baffling, especially to the aviation community. He had spoken about his personal pilot being the head of FAA and, rightfully, he was ridiculed by just about everybody. His pilot has absolutely no credentials for that job and it was actually laughable."

He added, "Everyone in this country and around the world was always looking at the FAA and basically following their leadership. We too have lost them and that leadership, in this country and around the world. Pilots, flight attendants, airline workers and above all passengers rely on FAA to basically regulate and promote their safety when you have lack of leadership, that becomes very problematic."