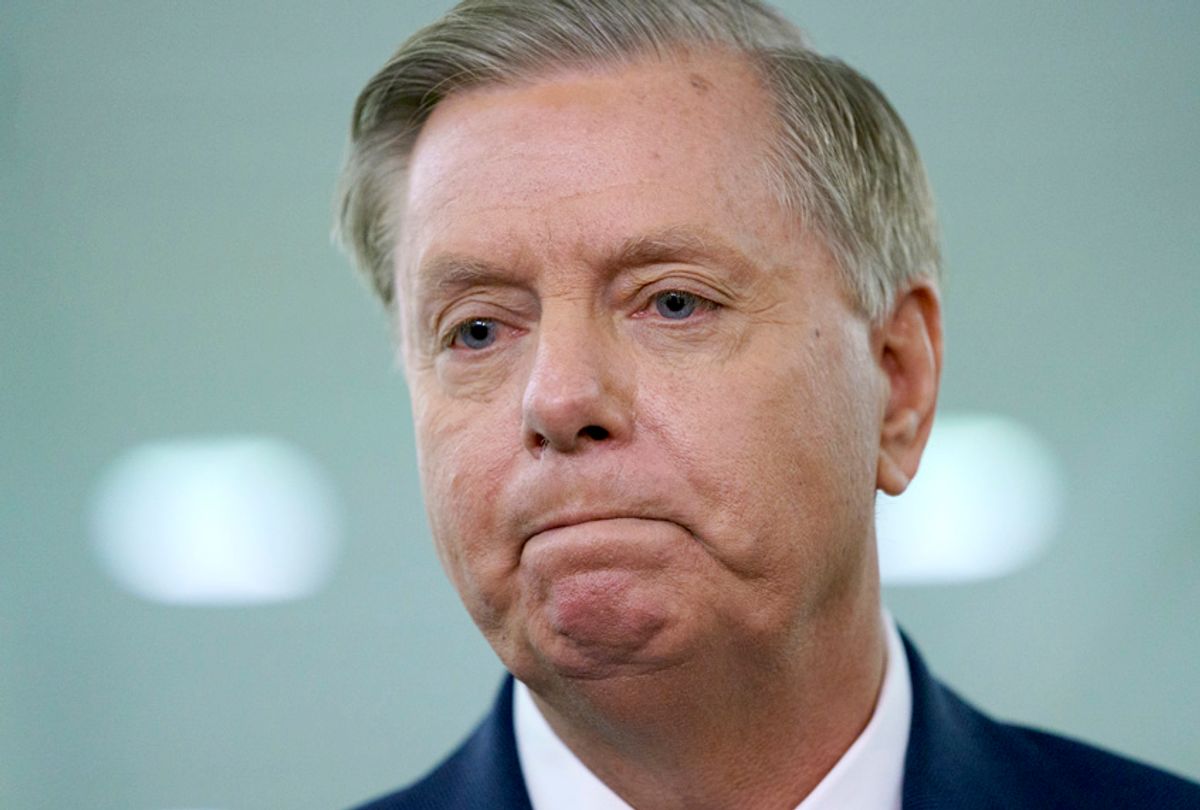 The FBI is expected to brief the congressional “Gang of 8” on special counsel Robert Mueller’s counterintelligence investigation into President Trump, following a demand by Sen. Lindsey Graham, R-S.C., that the probe itself be investigated.

NBC News reported Monday that the FBI is expected to brief the so-called Gang of 8 -- congressional leaders from both parties as well as the chairs and ranking members of the Senate and House intelligence committees -- in the next 30 to 60 days on the findings of the counterintelligence investigation of Trump that began prior to Mueller’s appointment. Attorney General William Barr did not mention that aspect of the investigation in his four-page summary of Mueller's findings released on Sunday.

House Speaker Nancy Pelosi previously said that Democrats would reject any such classified briefing on the Mueller investigation but lost out to the demands of the Republican-led Senate Intelligence Committee, according to NBC.

The report comes after Graham, a key Trump ally who chairs the Senate Judiciary Committee, called for an investigation into Mueller’s counterintelligence probe Monday.

Graham said in a news conference following Barr’s letter to Congress that the Justice Department should now look into a number of dubious allegations into leading Democrats and the Obama administration. These include the claim that the Justice Department under Obama misused Foreign Intelligence Surveillance Act (FISA) warrants to spy on Trump campaign aide Carter Page, its use of the Christopher Steele dossier, the FBI’s handling of Hillary Clinton’s use of a private email server as secretary of state and Bill Clinton’s tarmac meeting with then-Attorney General Loretta Lynch.

"When it comes to the FISA warrant, the Clinton campaign, the counterintelligence investigation, it's pretty much been swept under the rug,” Graham claimed. “Those days are over.”

Graham said he wants Barr to testify before his committee and will call on him to appoint a new special counsel to lead the investigation.

"I believe there was more there and I intend to get there," Graham said. “What I want to do is see if he'll appoint a special counsel. I'd like to find somebody like a Mr. Mueller."

“I don’t understand that, and I don’t quite know what the purpose is or what he’s looking for,” added Sen. Dianne Feinstein of California, the top Democrat on the Judiciary Committee.

Graham was asked at the news conference whether he had a conflict of interest in the matter since he spent his weekend playing golf with Trump.

“You’ve got to be kidding,” Graham incredulously replied. “I am an elected political official. I am a Republican. I am going all over the country to speak to the Republican Party. I want Trump to win. I’m chairman of the Judiciary Committee ... To suggest if you’re a Republican and you want Trump to win, somehow you can’t do your job, is absurd.”

Graham said these areas of investigation would be the focus on his committee before essentially admitting to McClatchy that he is just doing it as a ploy to curry favor with Trump.

“I want the people who believe that Trump was poorly treated,” Graham said, “to know that somebody looked at it and gave a damn.”