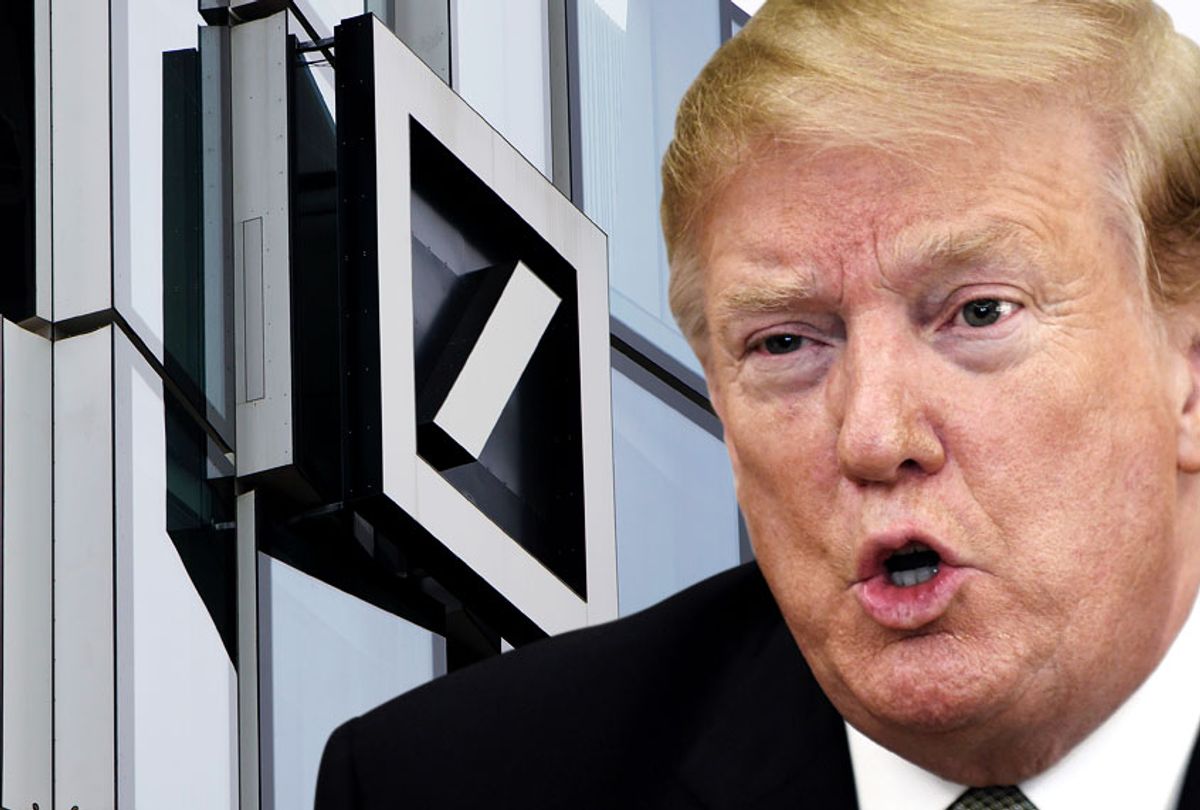 Deutsche Bank has begun to cooperate with the House Financial Services Committee’s investigation into President Trump and has turned over records related to its dealings with him, according to Rep. Maxine Waters, D-Calif., the committee chair.

Waters, who is leading a wide-ranging investigation into Trump’s business dealings, told reporters Tuesday that the bank -- which loaned Trump billions when nearly every major bank refused to do business with him after a string of bankruptcies -- is handing over documents related to its relationship with Trump, according to The Hill.

Waters added that she is satisfied with the level of the company’s cooperation and said her committee will look into “everything” in the bank’s records on Trump. The bank previously rejected similar document requests from Waters in 2017 and 2018 when she was in the minority on the panel but has apparently had a change of heart now that Democrats control the House.

Waters has long questioned the bank’s relationship with Trump and their willingness to lend to him despite his financial woes and record of falsifying his wealth. Earlier this month, the New York Times reported that Deutsche Bank officials saw Trump as a “risky” client and knew he had greatly inflated his wealth in loan applications. The bank suffered “deep losses” lending to Trump but continued to extend him hundreds of millions in credit, even after he defaulted on a $640 million loan and sued the bank.

Waters, who is working with House Intelligence Committee chair Adam Schiff, D-Calif., on an investigation into the president’s finances, is also investigating the bank itself for potential financial crimes.

In 2017, Deutsche Bank was fined $630 million by the Justice Department for laundering money out of Russia.

Trump’s relationship with the bank has also caught the eye of New York Attorney General Letitia James, who issued a subpoena to Deutsche Bank earlier this month for records related to its financing of four Trump Organization projects, as well as failed effort to buy the NFL’s Buffalo Bills, according to the New York Times.

The multiple investigations into Trump’s finances, which the president previously said was a “red line” that special counsel Robert Mueller must not cross, show that Trump’s legal issues are far from over despite the conclusion of the Mueller probe.

Trump also faces possible legal jeopardy in the Southern District of New York, where federal prosecutors have determined that Trump’s longtime former lawyer Michael Cohen violated campaign finance laws on his behalf by paying hush money to women who claimed to have affairs with Trump.

The Southern District, along with other federal and state prosecutors, is also looking into whether Trump’s inaugural committee illegally accepted foreign funds and funneled funds to major donors.

There are also numerous House investigations into a wide number of topics, such as Jared Kushner's top-secret security clearance -- granted against the guidance of the FBI and CIA -- Trump’s tax returns, and a sweeping investigation by the House Judiciary Committee that has already requested documents from more than 80 people and entities linked to Trump.