If pop culture wants to explore autism with integrity, it needs to stop being afraid of it 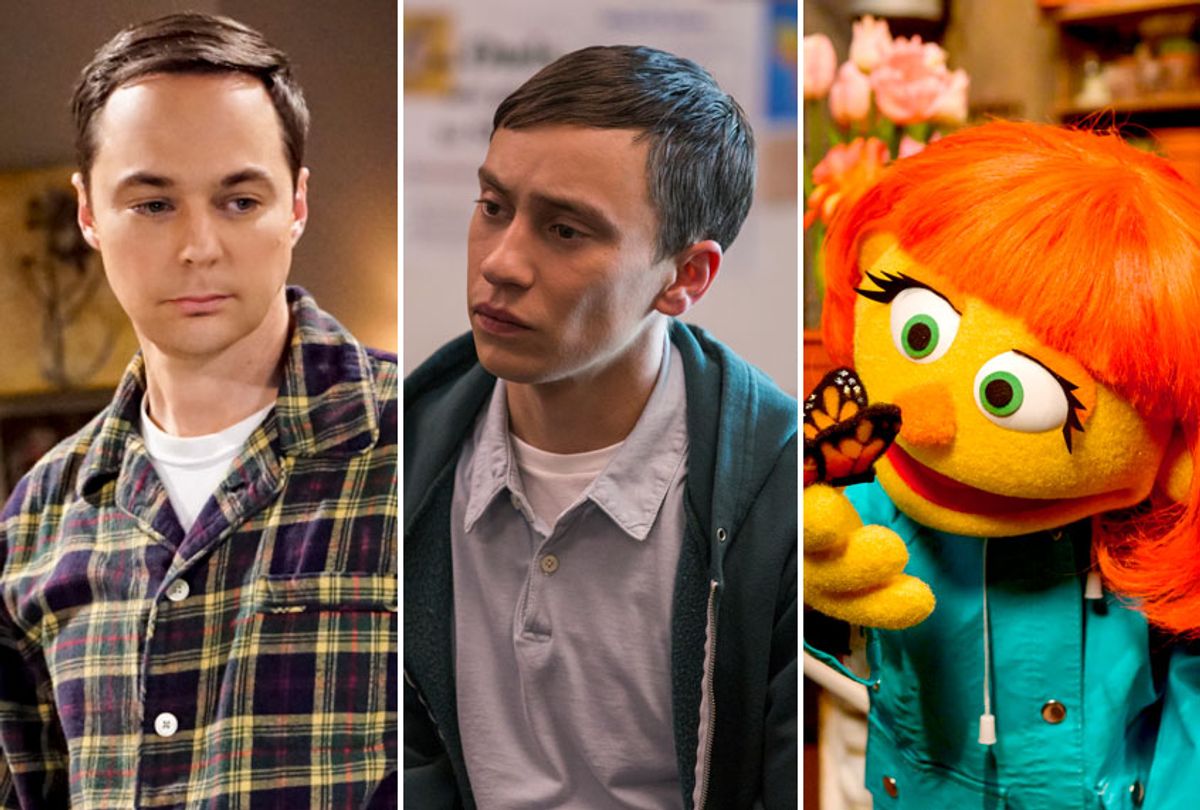 When discussing representations of autism in pop culture, it is important to distinguish between those of higher-functioning individuals and those whose symptoms are more severe.

As we recognize World Autism Day (which is today) and Autism Awareness Month (all of April), that distinction offers a useful starting point for determining which movies, TV shows and other pop culture products have been sending positive messages, as opposed those which have sent messages that are misleading or even damaging. Because no two autistic people are exactly alike — no two people are alike, period — there is no single correct way to depict an autistic character. A few basic rules, however — such as establishing where on the autism spectrum a character falls, instead of lumping everyone together — are useful and instructive.

If a character is intended to be on the autism spectrum, he or she should be explicitly identified as an autistic person. One of the most frustrating traits of modern TV shows is when a character is coded as "autistic" through their words and actions but the question of whether they're really on the spectrum is left ambiguous. The character of Sheldon Cooper from "The Big Bang Theory" is a great example of this: Although series co-creators Bill Prady and Chuck Lorre have both denied intending to develop Sheldon as autistic, actor Jim Parsons has acknowledged that the character has a number of classically autistic traits, while co-star Mayim Bialik has gone to the other extreme and speculated that "all of our characters are in theory on the neuropsychiatric spectrum."

There are two problems with this approach. Because these characters are clearly written in a way that will cause viewers to identify them as autistic, refusing to directly "pathologise" them (Bialik's word) implicitly reinforces the idea that if they were diagnosed, it would somehow be a bad thing. In addition, by creating characters who prominently represent a given community without stating that they are meant to represent them, entertainers deny those communities the ability to fully embrace them. It's an attempt to have one's cake and eat it too that feels more cowardly than cautious.

This criticism is not limited to "The Big Bang Theory." In the TV series "Bones," Dr. Temperance Brennan (Emily Deschanel) is depicted as extremely intelligent but socially awkward, and series creator Hart Hanson has admitted that he based the character off of a friend who is on the spectrum. Yet he has refused to identify the character as such in the show because, as he put it to the Newark Star-Ledger, "if we were on cable, we would have said from the beginning that Brennan has Asperger’s. Instead, it being a network, we decided not to label a main character, for good or for bad. But those elements are in there." Characters like Dr. Spencer Reid in "Criminal Minds" and Benedict Cumberbatch's Sherlock Holmes in "Sherlock" are also coded as autistic without being diagnosed within the show itself, for reasons that are no doubt similar to the ones identified by Hanson about "Bones." There is a stigma attached to being on the spectrum, and these properties are willing to capitalize on having a character seem to be on the spectrum while remaining skittish about running into popular prejudices regarding the condition.

At the same time, it is important that when characters are identified as autistic, those representations are based on actual autistic traits rather than broad, easy stereotypes. There is one TV series that epitomizes both the best and worst in autism representations in this regard — the Netflix original "Atypical." I reviewed both seasons of that series, finding the first to be cartoonish and stereotypical and the second to be a marked improvement. To the series' credit, it never shies away from labeling its protagonist as autistic (his condition is right there in the title), and particularly in the second season it makes a number of strides in developing lead character Sam (Keir Gilchrist) as a complex individual rather than a collection of traits. The series is never as outright hateful as "Glee" had been — the Ryan Murphy musical series heavily implied that Asperger's is something people self-diagnose to get away with being awful human beings — or as lazy as the countless programs where "Asperger's" and "autism" are lumped in with "smart and socially awkward."

At the same time, Season 1 can be cringe-y for the number of times it reduces Sam to his condition, and the fact that Gilchrist himself is not on the spectrum is problematic for an industry that is clearly uneasy with the reality of dealing with autistic individuals. This brings us to another important point — namely, that characters who are on the spectrum should, whenever possible, be played by performers and developed by writers who are also on the spectrum. This too would be an important step toward making sure that stories which are meant to capture the experiences of millions of people are actually told by the same
voices they're ostensibly intended to represent.

Perhaps the best example of a show that gets autism right is "Sesame Street," which created an autistic muppet named Julia and has introduced her entire family to the world to honor Autism Awareness Month. Not only does "Sesame Street" identify Julia as autistic, but it strikes a balance between giving her traits that are common to autism (difficulty communication, reacting poorly to stimuli) while emphasizing that every autistic person is unique in how the conditions displays itself. It's a welcome contrast from "The Good Doctor," a TV series that commendably is about a character (Freddie Highmore) who is openly autistic and depicted sympathetically, but whose savant-like skills and ease at holding down a job gloss over the socioeconomic troubles that are very common in the autistic community.

To be clear: While many pop culture depictions of autism are problematic, shows that try and fail to get it right ("Atypical," "The Good Doctor") are still leagues better than the ones which are too cowardly to identify someone as autistic or through laziness and prejudice disparage the condition. Even so, if Autism Awareness Month is to do anything more than make neurotypicals feel like good people, it will encourage them to focus on making sure that when autistic individuals are created by the media and consumed by audiences, those representations are as accurate as possible.