Trump walks back his threat on shutting down the border, gives Mexico a "one-year warning" 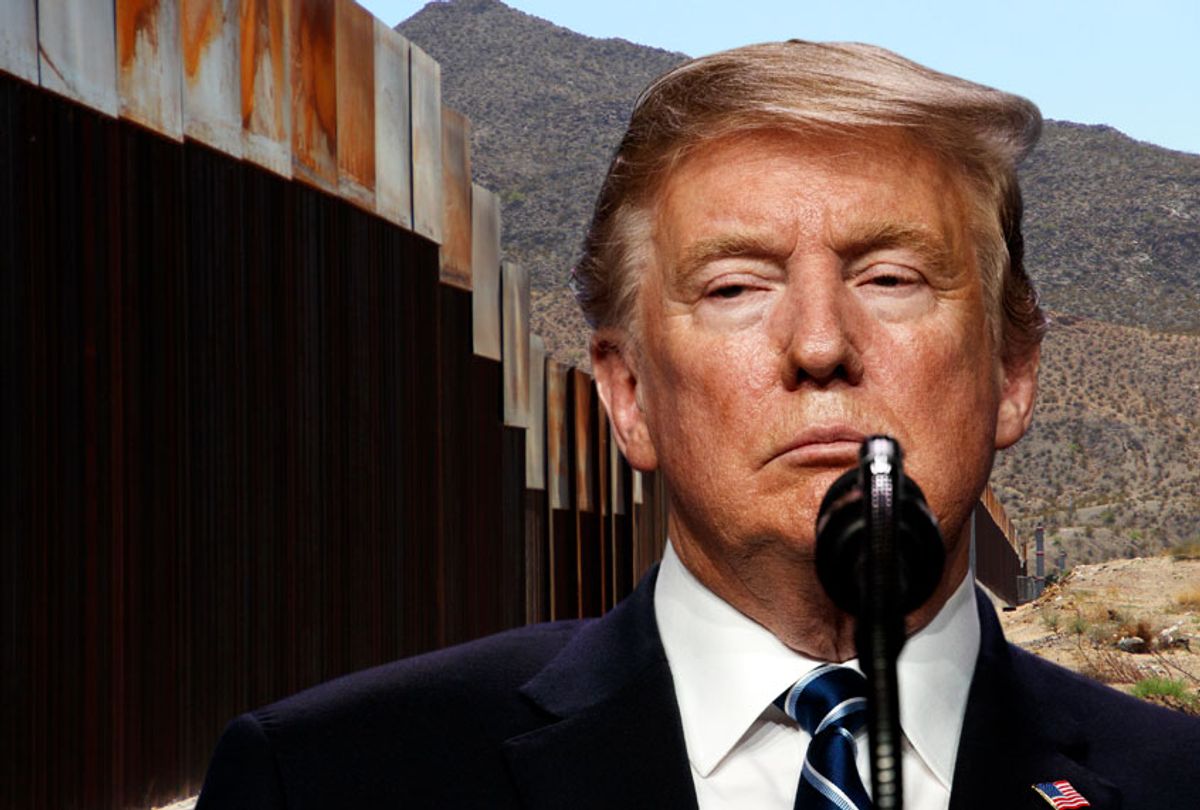 President Donald Trump backed off on his threat to close part or all of America's border with Mexico this week, instead saying that he will give the country one year to address the issues he is most concerned about.

Trump instead told White House reporters that he was giving Mexico a "one-year warning," according to The Washington Post. He added, "We’re going to give them a one-year warning, and if the drugs don’t stop or largely stop, we’re going to put tariffs on Mexico and products, particularly cars... And if that doesn’t stop the drugs, we close the border."

Trump, who was elected in 2016 in part on a promise to build a US-Mexico border wall, has struggled to achieve his major policy objectives regarding American border policy. When Congress would not agree to provisions for a border wall, Trump shut down the government but ultimately capitulated to House Democrats led by Speaker Nancy Pelosi. He has since then declared a national emergency in order to get his border wall, a strategy that could backfire on Republicans in the future even if it succeeds right now.

"He has such a grip on the base of the party that I think many of my colleagues are obliged to go against deeply held beliefs and principles of many, many years, and it is a very unusual position for them to be in," Sen. Sheldon Whitehouse, D-R.I., told Salon in February. "But if it turns out to be a precedent, it could be a very powerful tool for the next Democratic president to address emergencies that have caused much more loss of life and portends much direr consequences, like domestic mass shootings or climate change like the Green New Deal."

"I'll tell you what, I am proud to shut down the government for border security, Chuck. So, I will take the mantle. I will be the one to shut it down. I'm not going to blame you for it," Trump told Pelosi and Schumer at the time.