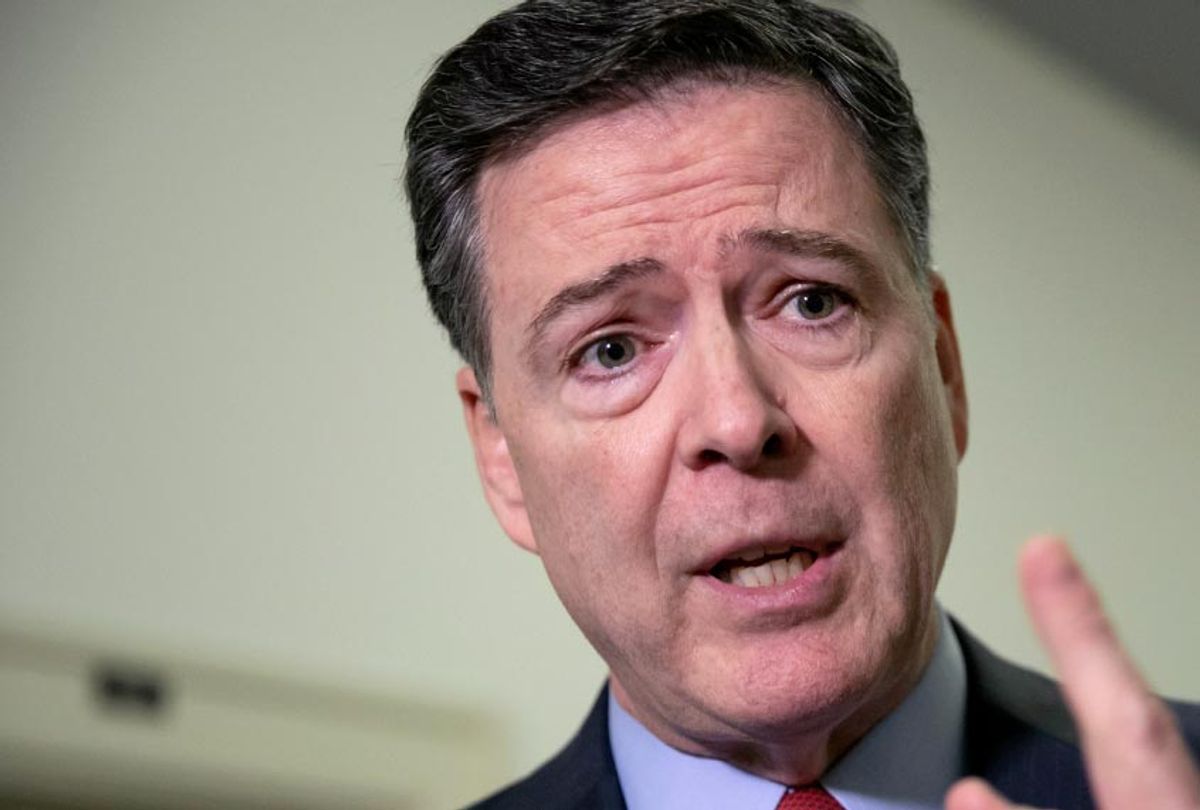 Former FBI Director James Comey was a witness in special counsel Robert Mueller's investigation of Russian interference in the 2016 presidential election, the bureau confirmed in a court filing after a Freedom of Information Act (FOIA) request.

The revelation in the case was first reported by USA Today journalist Brad Heath, who also revealed that Comey's personal notes and memos detailing his meetings with President Donald Trump were "of interest to that investigation."

"The FBI and the special counsel's office have determined that disclosure of the Comey Memos — or any portions of them — could reasonably be expected to adversely affect the pending Russia investigation," the filings state. "Former FBI Director James B. Comey is a witness in the pending investigation. The Comey Memos are his contemporaneous notes about incidents that are of interest in that investigation."

The memos were written by Comey in order to keep a record of his interactions with Trump, including an alleged request from the president to drop any investigation into former national security adviser Michael Flynn, who also served as a senior adviser to his 2016 presidential campaign. As Heath noted, the filings suggest they contain information that has not yet been disclosed to the public: "The memos include highly sensitive information from the pending investigation. None of this information was the subject of former Director Comey's testimony."

Comey, who was fired by Trump shortly after the president demanded "loyalty" from him, has long been a key focus of the debate into whether the president obstructed justice in the course of Mueller's investigation.

Mueller announced the completion of his investigation into the president's campaign and foreign election interference late last month. Attorney General William Barr then submitted a four-page summary of Mueller's report to Congress, in which he indicated the special counsel had not found evidence of criminal collusion or conspiracy between Trump's presidential campaign and Russia during the 2016 election cycle. Barr noted in his summary that while Mueller's report "does not conclude that the president committed a crime, it also does not exonerate him." Still, Trump has appeared to celebrate Barr's review, claiming it to be a "total and complete exoneration."

Democrats have dismissed Barr's summary of Mueller's report, arguing it is both incomplete and insufficient. They have zeroed in on Mueller's decision to punt on whether Trump had obstructed justice, which Barr said "leaves it to the attorney general to determine." Barr said he and Deputy Attorney General Rod Rosenstein concluded Mueller's findings were "not sufficient to establish that the president had committed an obstruction-of-justice offense," which Democrats say warrants further examination and the release of the full report.

Barr, who appeared before Congress on Tuesday for the first time since releasing his summary of Mueller's report, said he would release a redacted version of Mueller's still-secret report "within a week," directly clashing with Democrats' demands that he turn over the report "in complete and unredacted form" along with underlying evidence and material to Congress.

Still, Barr said he would not give in to requests from Democrats that he provide a copy of Mueller's entire report without redactions to Congress, arguing he could not legally release evidence collected by the grand jury. He also does not intend to ask the judge presiding over Mueller's grand jury to permit the release.

"I don't intend at this stage to send the full, unredacted report to the committee," Barr said, noting Rep. Jerry Nadler, D-N.Y., chairman of the House Judiciary Committee, could make that request himself.

Nadler has threatened to subpoena the Justice Department to release Mueller's report and related documents if he and Barr cannot come to an agreement over redactions and the special counsel's underlying evidence. Democrats on the House Judiciary Committee voted last week to authorize a subpoena for Mueller's full report and evidence, and Nadler said he is waiting to see what Barr turns over before moving forward.

Barr, during his testimony, demurred when asked if the White House had seen or been briefed on the report, saying, "I'm not going to say anything more about it."