What should you expect from Israel's elections? More Bibi, more or less

Benjamin Netanyahu is favored to win yet again in Tuesday's Israeli elections, despite his numerous scandals 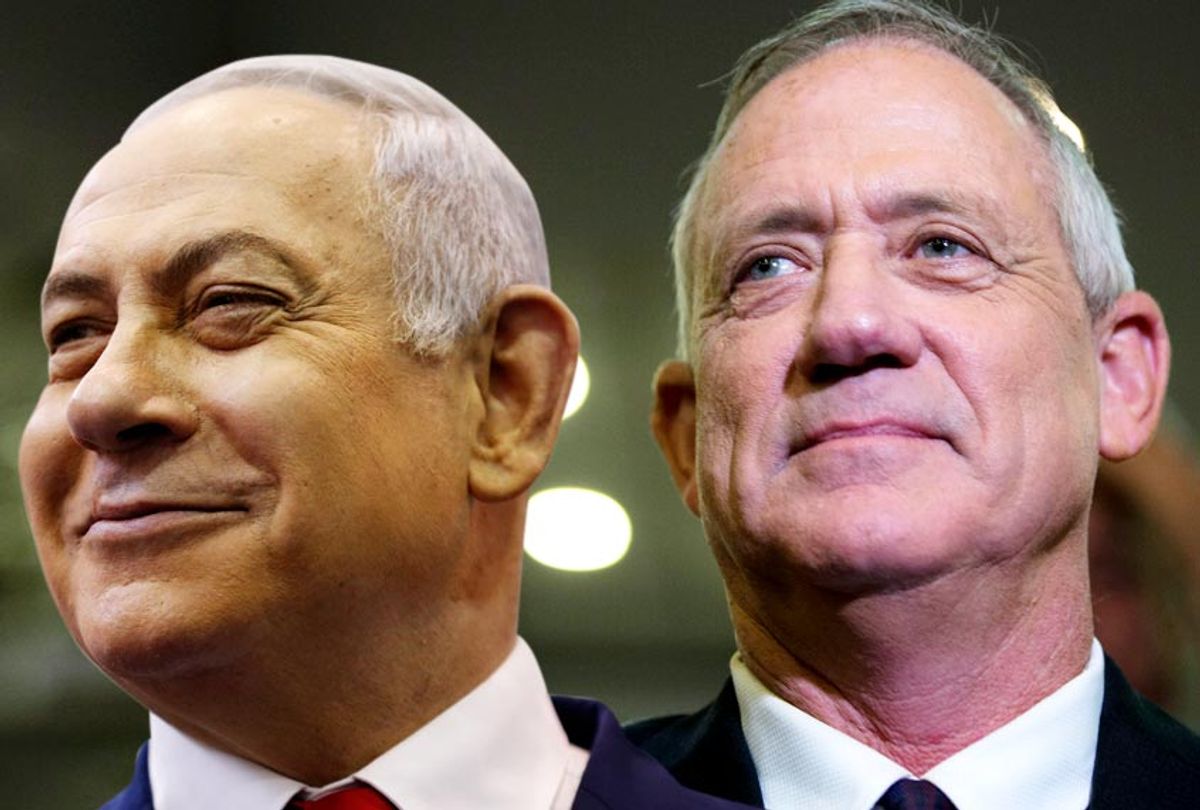 Israelis are voting in Tuesday's national elections, which for all intents and purposes are a referendum on Prime Minister Benjamin Netanyahu, who is seeking a fifth term in office. But since Israel is a parliamentary democracy (with a bewildering party system), voters aren't directly casting their ballots for or against the man himself.

Voters in Israeli national elections cast their ballots for parties rather than individual candidates to determine who is seated in the nation's parliament, known as the Knesset, according to The New York Times. Once all the votes have been tabulated, parties that have received less than 3.25 percent of the total are eliminated from contention. The remaining parties will then have the 120 Knesset seats apportioned to them based on their share of the vote.

In theory, if a single party receives a majority of the seats (61 or more), that party would get to form a government entirely on its own. Since that has never happened in Israeli history, two or more parties must create coalitions so they can form a governing majority. It is through that method that a prime minister is ultimately selected.

This is why Netanyahu has a major advantage over his opponent, Benny Gantz, even though the race between them is notionally neck and neck. Only 37 percent of respondents in a recent Channel 12 poll want Netanyahu to stay on as prime minister, while 35 percent prefer Gantz to replace him, according to Haaretz. Another recent poll by Channel 12 found that the right-wing bloc expected to support Netanyahu has enough support to win 66 Knesset seats, according to Haaretz, which would be more than enough to keep him in power. Even though Gantz's Kahol Lavan party was tied with Netanyahu's Likud party at 28 seats apiece in that survey, Netanyahu's party would have an easier path to cobbling together a governing coalition.

Indeed, even though a different poll by the daily Yedioth Ahronoth found Kahol Lavan with a potential four-seat lead over Likud (by 30 seats to 26 seats), it still found that Netanyahu's coalition of ultra-Orthodox, right-wing and far-right parties would receive 63 seats, more than enough to keep him in the prime minister's office.

What makes Netanyahu's probable path to victory especially remarkable is that he faces a cloud of scandal that shows no signs of going away. Earlier this year, Israeli Attorney General Avichai Mandelblit announced his intention to indict the prime minister on charges of bribery, fraud and breach of trust, according to The New York Times. The two-year investigation into Netanyahu's alleged misconduct was far-reaching in scope, eventually encompassing the head of Israel's largest telecommunications conglomerate, a Hollywood movie producer and Israeli newspaper publishers.

Netanyahu is also increasingly viewed as a right-wing extremist, in contrast to the comparatively moderate Gantz. The prime minister even suggested recently that he plans to annex Jewish settlements in the occupied West Bank, telling an interviewer that he will "apply Israeli sovereignty to the settlements. And I don't differentiate between the settlement blocs and the isolated settlements."

Netanyahu also recently incurred controversy by agreeing to bring two far-right fringe parties into his governing coalition, the anti-Arab Otzma Yehudit party, widely perceived as racist, and the ultra-nationalist Jewish Home party. This move earned the Israeli prime minister a rare rebuke from AIPAC, the powerful pro-Israel lobby in the U.S., which wrote that "historically, the views of extremist parties, reflecting the extreme left or the extreme right, have been firmly rejected by mainstream parties, even if the electoral process of Israel’s robust democracy has enabled their presence, however small, in the Knesset."

The American Jewish Committee also condemned Netanyahu, writing that "the views of Otzma Yehudit are reprehensible. They do not reflect the core values that are the very foundation of the State of Israel. The party might conceivably gain enough votes to enter the next Knesset, and potentially even become part of the governing coalition."

In an opinion article published Tuesday on Salon, Rabbi Michael Lerner — the editor of Tikkun Magazine — explained that Israelis' embrace of the far right, including disturbing currents of racism, has multiple causes, including Jewish concerns about the threat of violence from neighboring Arab countries, the suspicion of the left felt by many Jewish immigrants from former Communist nations,  Netanyahu's ability to present himself as someone who will protect ordinary Israelis.

"The outrageous actions of the Jewish majority in becoming oppressors of the Palestinians will remain, for thousands of years into the future, one of the most disgraceful moments in Jewish history," Lerner wrote. "But it won’t be overturned until we can develop a new politics of compassion for both sides, and a renewed belief that people can be reached if we start from a perspective of respect and caring for them, even when we disagree with their current political proclivities. Challenge their policies, but affirm their humanity for all but the most extreme haters who now govern Israel and Gaza."