Donald Trump's attorney general forms a team to the investigate origins of the Russia probe: report 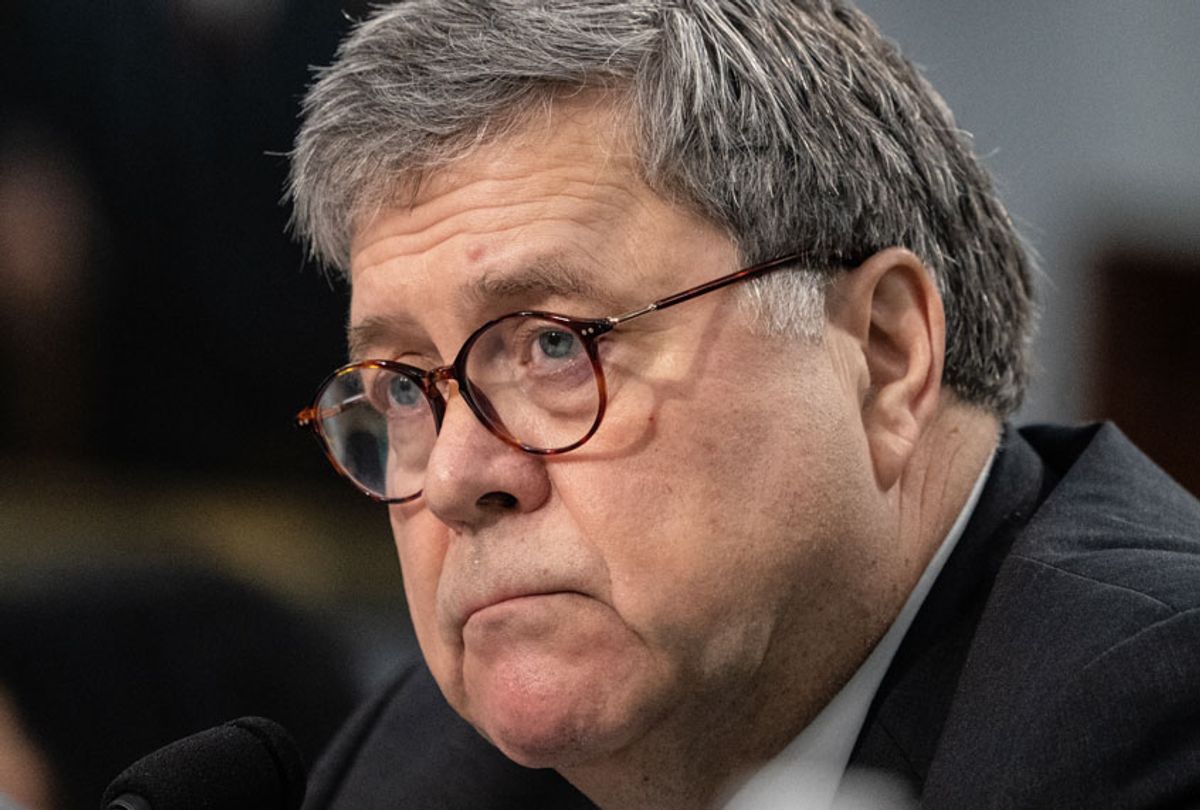 Attorney General William Barr has reportedly assembled a team to investigate the origins of special counsel Robert Mueller's investigation into Russian interference in the 2016 election.

Barr told lawmakers at a congressional hearing Tuesday that he was reviewing "conduct" from around that period.

"I am reviewing the conduct of the investigation and trying to get my arms around all the aspects of the counterintelligence investigation that was conducted during the summer of 2016," he said.

Bloomberg News first reported Tuesday evening that Barr has mustered a team to review various counterintelligence decisions made by Department of Justice and Federal Bureau of Investigation officials leading up to the launch of the nearly two-year investigation into whether President Donald Trump's 2016 campaign colluded with Russia to influence the outcome of the election and whether the president himself attempted to obstructed the probe.

Barr's inquiry into the origins of the Russia probe is reportedly separate from the long-running investigation being conducted by the inspector general's office in the Department of Justice into aspects of the Russia probe, including whether law enforcement officials abused their powers to surveil a former Trump campaign adviser. Barr said during his testimony on Tuesday that he expects the inspector general's office to complete its work by May or June.

The news of the attorney general's review comes several weeks after Mueller announced the completion of his wide-ranging investigation into the 2016 election. Mueller was appointed as the special counsel to oversee the Russia investigation in May 2017. The decision by Deputy Attorney General Rod Rosenstein to hire Mueller followed Trump's abrupt firing of his FBI director, James Comey, and the subsequent revelation that the president had allegedly asked Comey to drop any investigation into his former national security adviser, Michael Flynn. The news spurred Democrats, and even some Republicans, to call for a special prosecutor to lead the investigation.

The White House and Republicans have long argued that an alleged anti-Trump bias at the DOJ and FBI, as well as the "Steele Dossier," a salacious report compiled by former British spy Christopher Steele that alleges collusion between the president's campaign and Russia, spurred federal investigations into Trump's ties to Russia during the 2016 election. Trump and his allies have falsely claimed that the dossier, which was funded by the Hillary Clinton campaign and the Democratic National Committee to compile research about Trump, including possible connections to Russia, was used by the FBI to improperly obtain a secret search warrant in order to monitor the communications of former Trump campaign aide Carter Page.

Comey rejected that assertion last year when he testified before Congress. He said the investigation into Russian interference was opened after law enforcement officials learned that another Trump campaign adviser, George Papadopoulos, had been told that Russians had "dirt" on Clinton in the form of stolen emails.

Mueller concluded his investigation last month and Barr summarized the contents of the roughly 400-page report in a March 24 letter, in which he indicated the special counsel had not found evidence of criminal collusion or conspiracy between Trump's presidential campaign and Russia during the 2016 election cycle. Barr noted in his summary that Mueller did not conclude whether Trump obstructed justice, but the attorney general wrote that he and Rosenstein concluded Mueller's findings were "not sufficient to establish that the president had committed an obstruction-of-justice offense." Trump has celebrated Barr's review, claiming it to be a "total and complete exoneration," while Democrats have argued it warrants further examination and the release of the full report.

Barr told lawmakers Tuesday that he would release a redacted version of Mueller's still-secret report "within a week," directly clashing with Democratic demands that he turn over the report "in complete and unredacted form" along with underlying evidence and material to Congress.