The Christopher Nolan film and its fascistic revolutionary villain, Bane, have been reference in racist hate speech 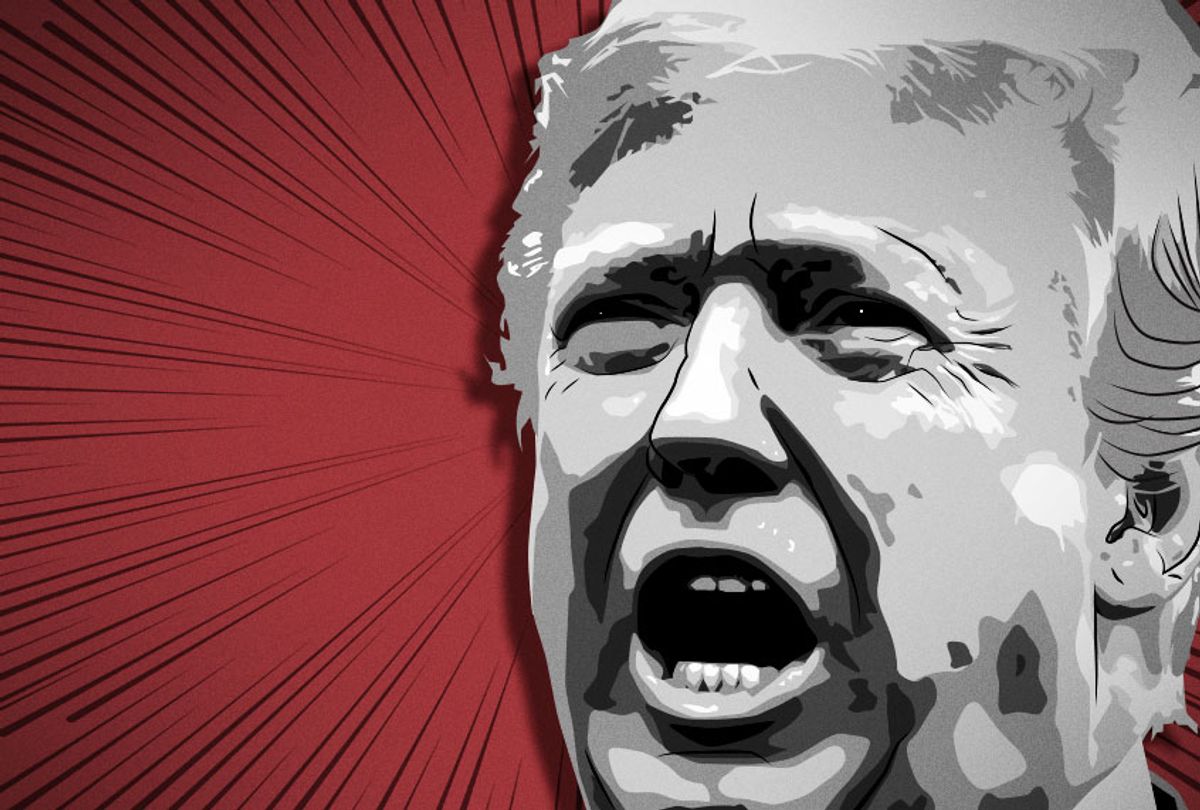 A new 2020 presidential campaign video shared by President Donald Trump was yanked from Twitter after Warner Brothers protested its use of the music from the hit 2012 superhero film, "The Dark Knight Rises."

"The use of Warner Bros.' score from 'The Dark Knight Rises' in the campaign video was unauthorized," a spokesperson from the studio said in a statement to Variety. The spot featured music from Hans Zimmer's "Why Do We Fall?" and contained the text: "First they ignore you. Then they laugh at you. Then they call you a racist. Donald J. Trump. Your vote. Proved them all wrong. Trump: The Great Victory. 2020."

The video also took aim at Democratic heavyweights like former President Barack Obama and former Secretary of State Hillary Clinton and asserted, among other things, that Trump had been exonerated by special counsel Robert Mueller in his Russia probe. And according to USA Today, "The video amassed 1.85 million views within first five hours of Trump tweeting it to his millions of followers."

This is not the first time Trump has gotten into trouble for referencing pop culture properties that do not want to be associated with him. HBO had to get involved when a Trump ad referenced "Game of Thrones," while Aerosmith frontman Steven Tyler had to demand that Trump stop using his songs at his political rallies.

However, "The Dark Knight Rises" reference is different because of how the film has been appropriated by the alt-right. As with Pepe the Frog, the creators do not share the political views of those on the alt-right, but their creative property has nonetheless been hijacked by outspoken racists. The Christopher Nolan-directed film — and, more specifically, its fascistic revolutionary villain, Bane — has been referenced in racist hate speech directed against Black Lives Matter protesters by the popular alt-right site Virginia Dare and throughout the far right corners of the Internet.

This writer can also attest to the popularity of the Bane character among America's alt-right. When Andrew Anglin, founder of The Daily Stormer, wrote an anti-Semitic hit piece against this writer for an editorial that was picked up by Salon in December of 2015, he included a supposed transcript entitled "Leaked Tape from Jew Conference" which altered the dialogue from one scene in "The Dark Knight Rises" and juxtaposed Bane with Trump. After this writer pointed out Bane was the villain of the movie and one of its screenwriters, David S. Goyer, is Jewish, Anglin responded by writing:

As far as Bane – yes, Jew, I understand he’s ostensibly the antagonist, and I understand Goyer is Jew. Think that one through for a second. It should really be self-explanatory why a fascist would relish in Jewish fears of fascism – which is what Bane represents – especially when the Jewish fears are presented so beautifully by a talented goy like Christopher Nolan.

The theatrical release of "The Dark Night Rises" was itself mired by unspoken tragedy when convicted murder James Holmes killed 12 people and injured 70 more when he opened fire at a screening in Aurora, Colorado.