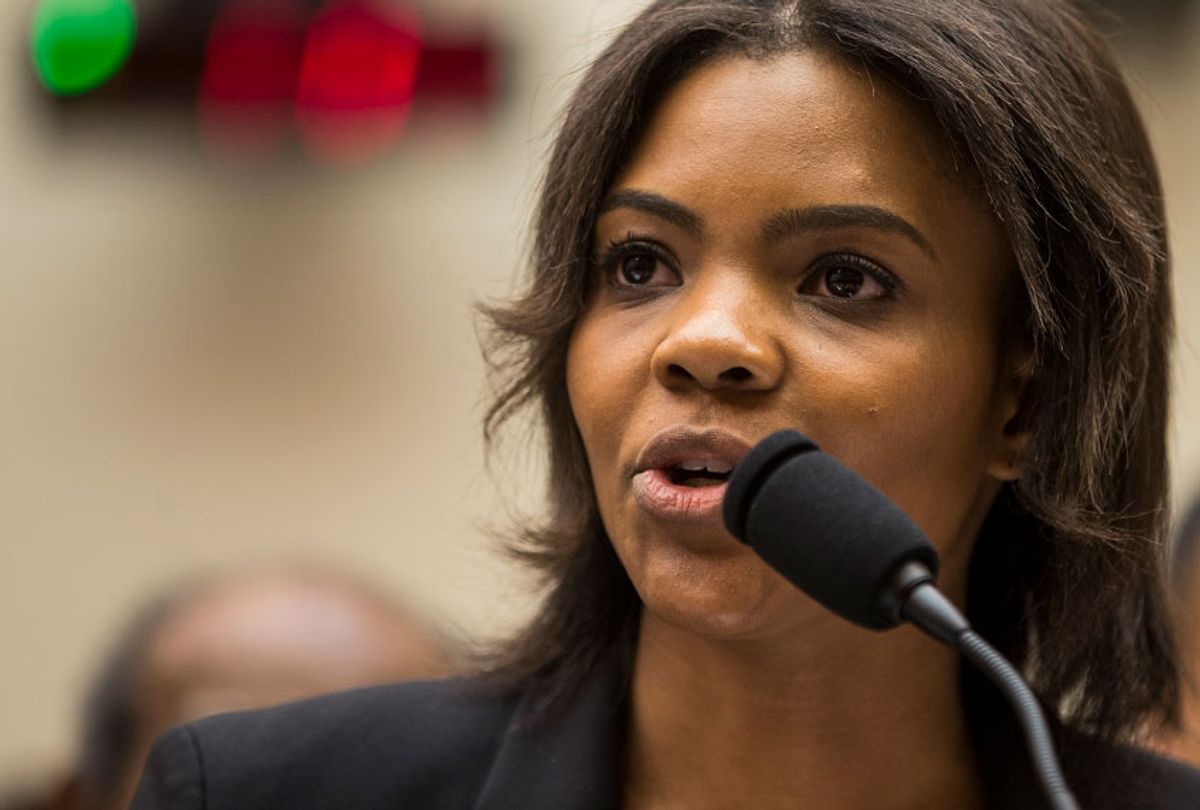 It is often easy to get caught up in the outrage cycle generated by the behavior of President Trump and the people in his administration. The daily barrage of lies, followed by gaslighting from his supporters is only upstaged by his flouting of decorum, undermining of institutions and the cruelty of his policies.

It is essential to remember, however, that Trump has merely perfected the craft of “triggering the libs” that the political party he commandeered in 2016 has been developing for decades. Republicans’ masterful troll of a House hearing on the growing dangers of white supremacist violence on Tuesday serves as perhaps the aptest reminder that the GOP is willing to deny America a sober conversation about anything based on facts.

When Democrats on the House Judiciary Committee decided to hold a hearing on white nationalism, Republicans immediately set out to derail it. Following their longstanding pattern of inviting disreputable witnesses to testify before Congress, Republicans invited black conservative pundit Candace Owens and Mort Klein, head of the Zionist Organization of America, to downplay the threat of white nationalism. Democrats on the committee, for their part, asked representatives from the Anti-Defamation League, Equal Justice Society, and the National Lawyers’ Committee for Civil Rights Under Law — as well as officials from Facebook and Google — to testify at Tuesday’s hearing.

What could have been a fruitful opportunity to address rampant white nationalism online and its rising body count in the real world, to hold tech giants accountable, and to ferret out best practices on deradicalization in a meaningful way that perhaps saves lives was “hijacked,” in the words of Rep. David Cicilline, D-R.I. Instead of addressing the threat of white nationalism in the United States and around the world, Republicans sought to claim that Democrats only pretend to care about anti-Semitism and racism as a cudgel against conservatives. From their witness list to their questions to their sustained attack on a colleague and Democrats, Republicans deliberately tried to evade the issue of growing white supremacist violence and trivialized the hearing. And based on the pervasive coverage, it appears that they were successful.

What do you do when bad faith comes from the top?

Like the sense of futility that sets in about halfway through any press conference or gaggle with President Trump, the sinking realization that Republicans will troll even over the issue of domestic terrorism, so long as it whitewashes the president’s racism and deflects from their own incendiary rhetoric, often gives way to resignation. As Salon’s Amanda Marcotte has noted, the GOP has gleefully jeopardized lives for the sake of trolling on the issue of climate change for decades. But unlike newly-elected Rep. Alexandria Ocasio-Cortez, who skillfully dismantled Sen. Mike Lee’s recent bad-faith gimmick to dismiss the Green New Deal by naming, shaming and moving on, rather than seeking pointless engagement — several Democrats at Tuesday’s Judiciary Committee hearing appeared woefully unprepared to handle the trolling.

When committee chairman Rep. Jerry Nadler, D-N.Y., read a report to the Google executive that YouTube had to ban comments from the committee's live stream because racist trolls had inundated the site with hateful comments, Rep. Louie Gohmert, R-Texas, interjected to question whether that “could that be another hate hoax." Gohmert then went on to grill the official from Facebook about why his friends Diamond & Silk — the conservative commentary duo beloved by congressional Republicans — still complained about censorship on the social media platform.

Rep. Ken Buck of Colorado used his time to question why Democrats felt the need to describe Candace Owens as a "conservative" in official documents. He wondered whether they had been "triggered" and needed a "safe space." Multiple GOP members of the committee complained that Democrats' focus on white nationalism unfairly targets conservative voices.

Needless to say, Republicans were delighted to give Owens free range for her ahistorical claim that the party's "Southern strategy" was a myth, explain her "Blexit" movement in detail, and claim that Democrats are the real racists who want to sow division, including "the tall hating the short." Owens also claimed that she's never seen any evidence of racism in conservative circles. No one reminded her that the former field director for her own group, Turning Points USA, had resigned after saying, "I hate black people. Like fuck them all ... I hate blacks. End of story.”

Republicans had little, if any, questions for the actual experts. Not one Republican on the committee appeared at all concerned with FBI Director Christopher Wray’s testimony before a different House committee last week that “white supremacists” remain “a persistent, pervasive threat,” even as the Department of Homeland Security dismantled its domestic terrorism unit. Anti-Muslim and anti-immigrant violence was universally ignored by Republicans, who instead targeted their ire at Rep. Ilhan Omar, D-Minn.

“We really need to have Muslims step up,” said Republicans’ guest Mort Klein, who has described Arabs as "filthy" and has hosted Steve Bannon at his events. Klein claimed that half of the world’s Muslims are anti-Semitic and attacked a fellow witness, Dr. Abu Salha, who lost two children in a suspected anti-Muslim hate crime. Questioning Salha about why the Quran "promotes hatred against Jews," Klein told Congress to push for a reformation of the holy book in order to stop the murder of Jews. Even after the representative from the ADL made clear that no Muslims have been charged or found responsible for the growing rash of anti-Semitic attacks in America in recent years, two GOP congressmen felt obliged to ask the only Muslim person on the panel whether Muslims hate Jews.

On Wednesday, Republicans are holding yet another hearing on the supposed censorship of conservatives by tech companies. Research, however, has not proven any systemic effort on the part of major social media platforms to stifle conservative voices. People will almost certainly die because of white identity terrorism and Republicans only see fit to mock the issue.

Gaslighting Americans about historical facts is part and parcel of the grift of conservative pundits like Candace Owens. She intentionally lies because that's how she makes money. But what about the Republicans who invited her, and the voters who elected them to play these games? Although it is no surprise that Republicans actively sabotaged a chance to save lives, the most frustrating reality is that Democrats have no plan to fight back against that kind of bad faith.