Rep. Jerrold Nadler tells Donald Trump that he has no "moral authority" to discuss 9/11 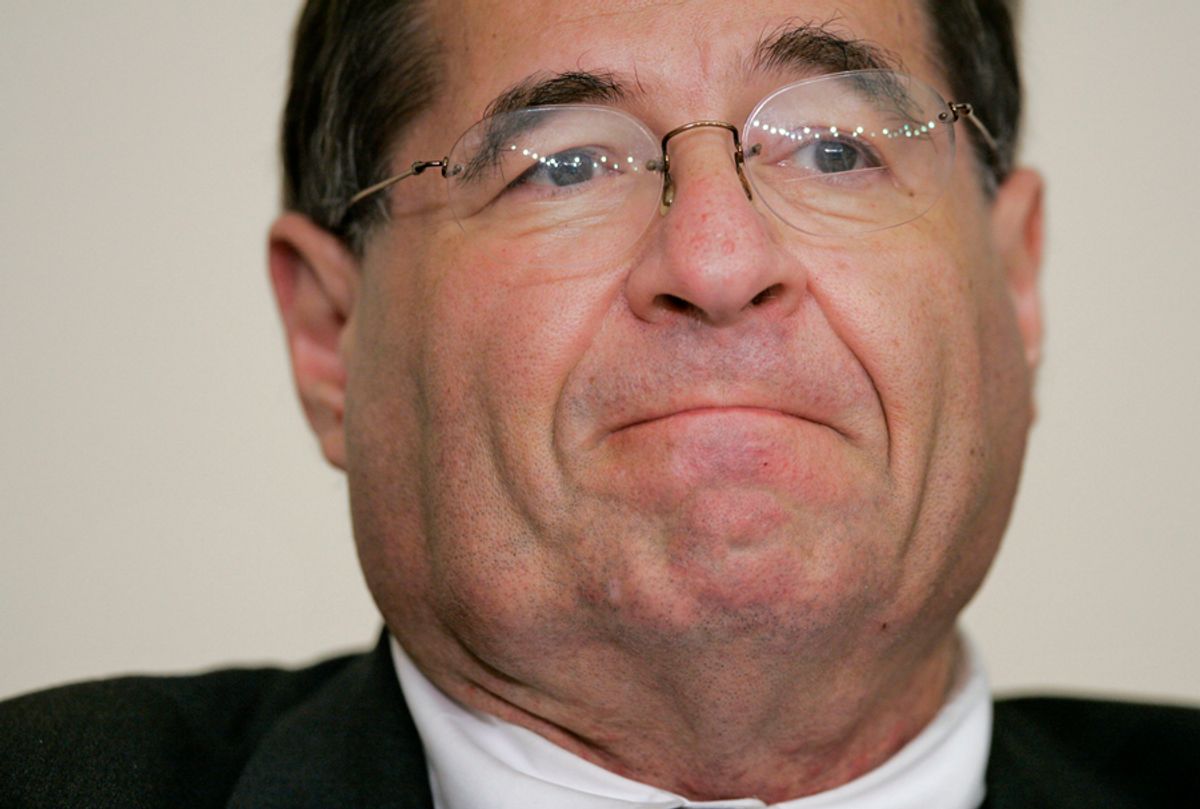 Rep. Jerrold Nadler, D-N.Y., appeared on CNN's "State of the Union" on Monday to defend his Democratic colleague, Rep. Ilhan Omar of Minnesota, as well as pointedly criticize President Donald Trump for believing it would be appropriate to criticize her comments on the September 11th terrorist attacks.

"I was instrumental in getting funding for small business grants for victims of 9/11, for victims in the area. Donald Trump actually took a $150,000 grant from the Bush administration. They let him take a $150,000 grant meant for small businessmen for 40 Wall Street. He stole $150,000 from some small businessperson who could have used it to rehabilitate himself. … He has no moral authority to be talking about 9/11 at all," Nadler told Jake Tapper, according to Axios. The website confirmed that Trump's property at 40 Wall Street had indeed received a grant after the September 11th terrorist attacks.

Nadler also defended Omar in light of Trump circulating a video on Twitter juxtaposing a speech by the Minnesota legislator about anti-Muslim prejudice with footage of the terrorist attacks.

"She characterized it only in passing," Nadler told Tapper. "She was talking about discrimination against Muslim Americans and she just said that after that happened, it was used as an excuse for lots of discrimination and withdrawal of civil liberties. I've had problems with some of her other remarks, but not with that one."

During the controversial speech in question, Omar said that "for far too long, we have lived with the discomfort of being a second-class citizen. And, frankly, I'm tired of it. And every single Muslim in this country should be tired of it. CAIR was founded after 9/11, because they recognized that some people did something and that all of us were starting to lose access to our civil liberties."

After Omar's comment, "Fox & Friends" co-anchor Brian Kilmeade asked, "You have to wonder if she's an American first?" He also argued that Omar "should use this opportunity as a Muslim leader not to dismiss a Muslim attack — a Muslim extremist attack."

Kilmeade later tweeted a clarification of his comments, saying that "I am questioning how any American, let alone a United States Congresswoman, could downplay the 9/11 attacks."

Omar was also targeted by Ronna McDaniel, the chairwoman of the Republican National Committee.

"Ilhan Omar isn’t just anti-Semitic – she’s anti-American. Nearly 3,000 Americans lost their lives to Islamic terrorists on 9/11, yet Omar diminishes it as: 'Some people did something.' Democrat leaders need to condemn her brazen display of disrespect," McDaniel tweeted.

She added in a following tweet, "When Ilhan Omar isn’t being anti-Semitic, she’s sympathizing with Islamic terrorists. In 2016, Omar asked a judge for 'compassion' while sentencing an ISIS recruit. Now she’s downplaying the 9/11 terrorist attack. She has no business serving on the Foreign Affairs Committee."

Omar responded to the controversy on Wednesday with a tweet defending her patriotism and accusing her critics of inciting violence against her.

"This is dangerous incitement, given the death threats I face. I hope leaders of both parties will join me in condemning it. My love and commitment to our country and that of my colleagues should never be in question. We are ALL Americans!" Omar tweeted.