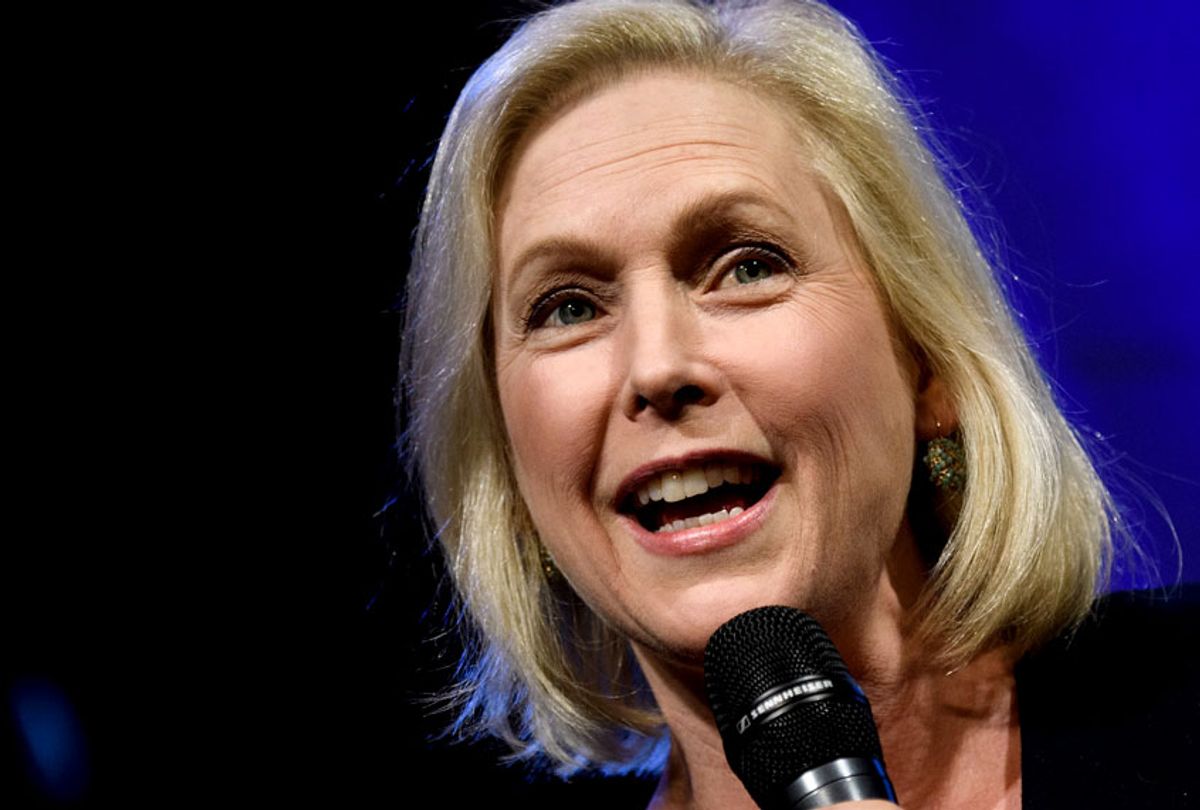 Sen. Kirsten Gillibrand of New York has raised $3 million since launching her presidential bid, her campaign said on Sunday, a modest haul that puts the lawmaker near the bottom of the 2020 fundraising leaderboard after the year's first quarter.

Despite her low fundraising numbers, Gillibrand has over $10.2 million in cash on hand, thanks to a big transfer of leftover funds from her Senate re-election campaign last year to her presidential account.

Gillibrand's spokeswoman did not reveal how many individual donors contributed to the senator's campaign. Some other campaigns in the Democratic race, including those of Sens. Kamala Harris, Bernie Sanders and Elizabeth Warren, have stressed the importance of grassroots support and low-dollar contributions in their fundraising efforts.

In a memo shared with supporters and obtained by Politico, Gillibrand's campaign suggested the senator's low first-quarter fundraising total is due, in part, to backlash from "establishment donors" who are punishing the lawmaker for her decision in 2017 to call for the resignation of former Sen. Al Franken of Minnesota after he was accused of touching and kissing women without their consent.

"There's no question that the first quarter was adversely impacted by certain establishment donors — and many online — who continue to punish Kirsten for standing up for her values and for women," the memo reads. "Kirsten is committed to fighting for a Democratic Party that values women and does not sacrifice women for political convenience or power."

Gillibrand was the first senator in 2017 to call for Franken to step down amid allegations of sexual misconduct, and several top Democratic donors, including George Soros and Susie Tompkins Buell, have openly criticized her over the push.

Gillibrand, meanwhile, has emerged as the face of Washington's reckoning on sexual harassment in the #MeToo era. She defended her handling of the matter at an MSNBC town hall last month, stating, "If there are a few Democratic powerful donors who are angry because I stood up for women who came forward with allegations of sexual harassment, that's on them."

She has attempted to stand out in the crowded 2020 field by noting her record of fighting for women's rights, which includes speaking out against sexual harassment — a position she has used to pull in online donations. In one Facebook ad from March, Gillibrand wrote, "Democratic megadonors are blacklisting me because I refused to stay silent [and] called on Al Franken to resign." She urged her supporters to contribute to her campaign "to get me to the debates."

Sanders leads the Democratic money race with more than $18 million raised by March 31, followed by Harris, who pulled in $12 million. Warren of raised more than $6 million while Sens. Amy Klobuchar of Minnesota and Cory Booker of New Jersey both took in about $5 million.

Pete Buttigieg, the until-recently-unknown mayor of South Bend, Indiana, who formally threw his hat into the presidential ring this weekend, raised more than $7 million over the same period.

In addition to trailing her colleagues in fundraising, Gillibrand has struggled to make gains in polling despite jumping into the 2020 race before any Democrats except Warren. Although Gillibrand is currently near the bottom of the polls, her campaign attempted to downplay any suggestion that the New York Democrat is struggling to gain traction in her bid for the White House.

"Based on qualifying polls, Kirsten will be on the debate stage for the first two debates, which is the earliest that most primary voters will start tuning into the nominating contest," the memo reads.