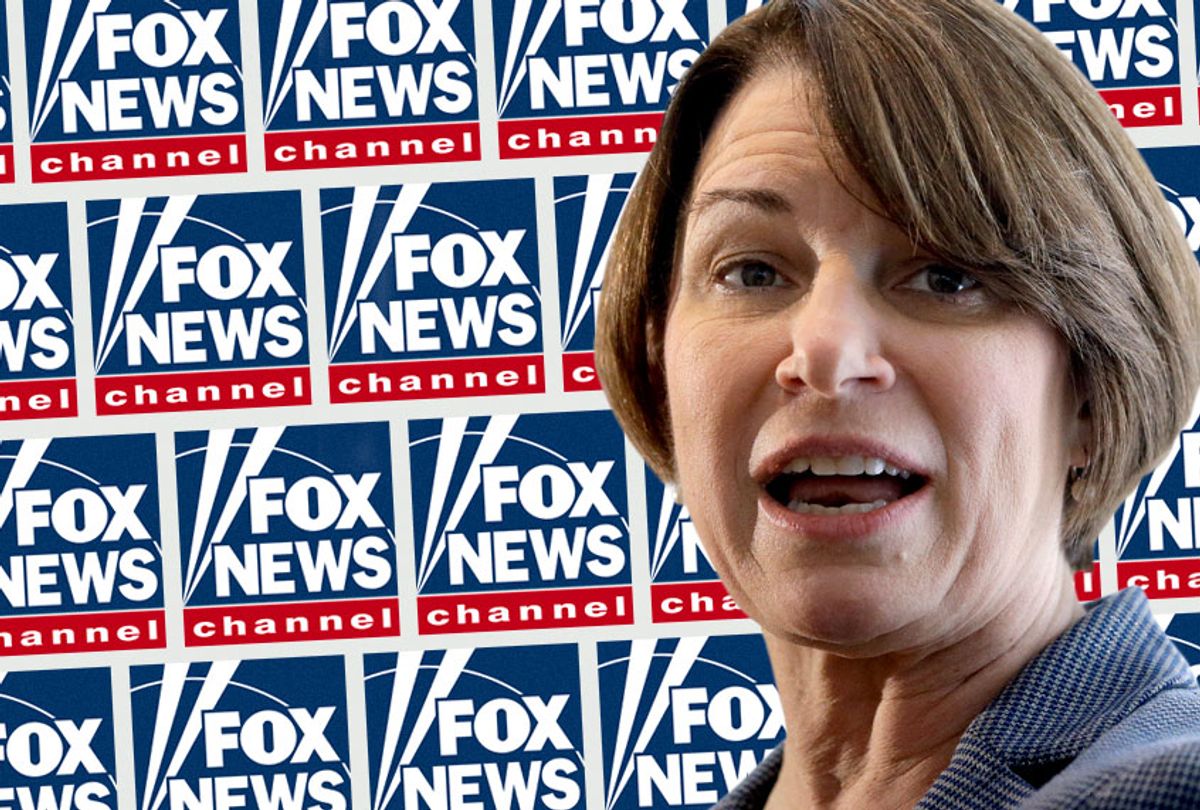 The senator from Minnesota's scheduled May 8 town hall be held in Milwaukee, Wisconsin, according to the Associated Press. Like the Sanders town hall — which was held in Bethlehem, Pennsylvania — this one too will be moderated by anchors Bret Baier and Martha MacCallum.

Prior to Monday night, Kamala Harris had attracted the largest town hall audience so far this cycle. Nearly 2 million eyes watched her January appearance on CNN.

The broadcast also caught the attention of President Donald Trump, who expressed dismay at seeing Sanders on Fox News, tweeting it was "so weird to watch Crazy Bernie on @FoxNews. Not surprisingly, @BretBaier and the “audience” was so smiley and nice. Very strange, and now we have @donnabrazile?"

In response, Baier tweeted back, "Thanks for watching Mr. President - we’d love to have you on a town hall soon — or even an interview on @SpecialReport —it’s been awhile. We cover all sides."

The town hall had a number of standout moments, particularly involving questions regarding Sanders' wealth and his support for "Medicare for All."

"Come on, I paid the taxes that I owe," Sanders told the Fox News hosts when questioned Sanders about his returns. "And by the way, why don't you get Donald Trump up here and ask him how much he pays in taxes? President Trump watches your network a little bit, right? Hey, President Trump, my wife and I just released 10 years. Please do the same."

Klobuchar launched her campaign on the premise that she is a pragmatic leader who is more liberal on issues like fighting global warming and infrastructure spending and at the same time more moderate on questions like health care reform and reducing college tuition, according to Axios. The senator's campaign has faced controversy over reports that she has allegedly mistreated members of her staff. "Is Amy Klobuchar being smeared by sexist 'mean boss' stories?" Salon's Erin Keane asked in a recent article examining media coverage of the issue. She wrote:

Hopefully we are capable of being alert to how sexism shapes our collective assumptions about women in power while working toward securing workplace dignity for all employees at the same time. We can hold Amy Klobuchar and all candidates to the fire when it comes to setting a policy vision that empowers workers at all levels — not only those in their rarified professional orbits — from the Facebook and Amazon subcontractor employees whose restroom breaks are regulated to a dehumanizing level to retail workers bound by unnecessary, restrictive and punitive noncompete agreements. We can insist that every candidate talking about jobs on the campaign trail — because they will all be talking about job creation — lay forth a clear plan for how we can shape the American workplace into one that is more just, more humane, less discriminatory — and yes, less sexist — than the ones Klobuchar likely came up in, and the one she runs now.