"This show by no means is going to cure the country of all ailments," the "Bless This Mess" co-creator tells Salon 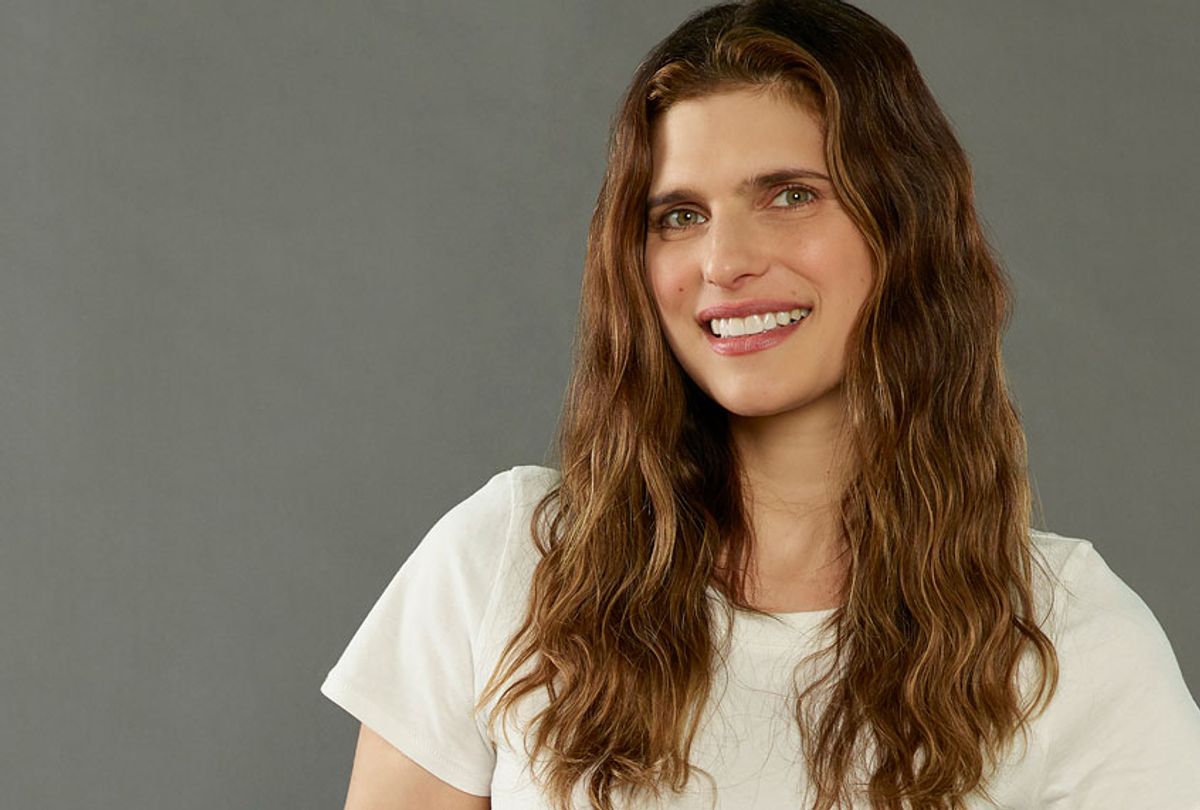 Lake Bell would like to meet you in the middle. The actor, director, producer and writer has long been a familiar face in the independent film world ("Man Up,""In a World,"), but for her first network television show, she's teamed up with a sitcom veteran for a small town tale.

Co-created with Liz Meriwether ("New Girl"),  the new ABC series "Bless This Mess" follows a New York couple (Bell and Dax Shepard) who chuck it all to become farmers in the Midwest. It's been called the first promising network sitcom of the year by Time. Bell is also a co-producer, and she directed and co-wrote the pilot.

Bell talked with Salon recently about comedy, collaboration and why Nebraska has the best state motto.

I am so excited that this is being hailed and that it is getting attention and positive reinforcement that it needs, because it feels like this is a good moment for a show like this.

When Liz Meriwether and I set out to write this show, we were really in a space of, the way that [we] like to express ourselves comedically is definitely in the territory of just a kind spirit. Not really joking at anyone else's expense, but self-deprecating.

I think we need to have a sense of humor about ourselves in general, just for longevity. But also in this time in the country, you can't really argue that we're not somewhat divided. This show by no means is going to cure the country of all ailments, [but] we are hoping to give a sweet and kind flavor of comedy, where we all can align [around] just good core values. We can be aligned in our values and culturally be in totally political different spaces. We can believe in culturally different things and yet be aligned in just wanting to help one another when we're down.

So, it's very inclusive. It is about a quasi-hipster couple from New York City who drop everything and move to a small town with a farm in Nebraska. They think they're going to become farmers because they're looking for a simpler, romantic life. They get there and it's very complicated. Farming is something that is deeply rooted in education. There's a very hyper-learned skill set that you have to have in order to be a successful farmer. And we touch on that in the show. There's definitely a really fun but rude awakening that they get.

It feels like that is so important because we are in this incredibly polarized time right now. This is a show that's about red states, blue states, people from very different walks of life, and just we can all laugh at ourselves.

I'm fully aware that I am personally a Manhattanite. But Liz Meriwether is from Michigan. And our writer's room is 90 percent peppered with people from the center of this country. So you have Ohio, Minnesota, representing. We have Barbie Adler from Nebraska. We have people from Texas and Tennessee and all these different states.

That was a big part of how Pam Grier came on board.

Yes, absolutely. Pam Grier is amazing. In the show, she's the heart of the town and she just brings such love and life, it's unbelievable. She's a legend. Pam was very connected to this story and loved this world, because she is born and raised in Wyoming and Colorado and lives currently on her farm and ranch in Colorado. She does equine therapy for special needs kids and she rehabilitates horses that have been hurting. She is incredible. In the show she wears her work gloves in her back pocket, and they're really hers. They're not wardrobe. They are worn in because she actually deals with hay and whatnot.

Everybody involved is pretty authentic. Even in our cast, we put a lot of consideration in even the ancillary characters as well. The characters that pepper the series regulars, everyone is from the Midwest or from not just coastal cities.

It's not an outsider view of that world. I did hear that the state of Nebraska recently came up with a new state slogan?

They do. And this is why I love them so much.

Then the second reason why people should be aware of Nebraska right now is that they have endured some of the worst flooding I think in 50 years. It's never been this bad. They've lost so much livestock, and families are hurting. That's why we did a PSA with Red Cross, and I was so happy to bring some comedy and some levity to Nebraska. We just came from there and they just need it right now. We all related when Houston had the flooding. My in-laws were all there and lost their homes and businesses and I just personally really, I just feel for them. They're hurting. And so, if you can you can go to the Red Cross, it would be great.

You have been collaborating with Liz Meriwether for about a decade now.

She and I met on "No Strings Attached." She wrote it and I was in it. I played a version of her, this neurotic but very well-intentioned person.

And you were on "New Girl."

You've had this collaborative relationship, but you've also been simultaneously doing all your own work — writing, producing, directing, creating all your own projects. Now you're in this space with this person who you've worked under and now you're working together. How does that work out for you? I've heard you like control in your projects.

I do. As a woman I like multitasking. I think a lot of ladies like to multitask. I feel very natural in that state. I like to be doing a hundred things at the same time. In a creative space, I find it really fulfilling to be able to, from the inside out, create and bring a story to life. Yes, there's a huge adjustment going from making little tiny indie movies and being the answer to all questions to then working with large corporations with another creative comrade. There are lots of notes, you have to weigh in. I was like, I know this is going to be challenging, but I take on the challenge. I thought it was an interesting experiment. Now we're at series and it's less of an experiment.

I have enjoyed, very much, working with Liz. It's been a massive learning curve. She's a mastress of TV and really incredibly prolific, and I've been making my little indie movies, among other things. I feel like we took her prowess and sharp shooter TV stuff, and took a little of my indie sensibility, and smooshed them together and married them and then thrust this show out into the universe.

You both are very much about walking the walk in terms of then creating opportunities for other women.

Yes. I'm a serving board member of Women in Film. It is an organization that works really hard to provide opportunity and to support women, even mid-career, to help maintain and to help nurture gender parity in our industry. Because it is really important. I know there are a lot of important causes out there, but I think the way we ingest media is culture and to change culture, which informs society globally, you have to start there. So it's women telling stories, women of color, all diversities and genders. It's important for us to take responsibility, especially when you're in a decision-making position, to provide opportunity.

When I say provide opportunity, here's an example. Usually in large corporations and in the network system or the studio system for that matter, there's a list of, let's say, three guys for each job. And it's just, these are the guys that have been doing it. These are the people who are just on that list and it's a default. So, can we get him? Oh, we can't get him? Okay, what about this guy?

First you shake it up, and then you normalize it.

And then it's normalized. For our directors, this season we have six episodes. Tiny, bite size season, and there are three male directors, three female directors. That just happened. It genuinely happened because of the people we interviewed and that's just how it rolled out.

Obviously Liz and I are two female creators. We have four female producers in total. It's one of those things where, because of the nature of interviewing for department heads, we ended up with a very equal opportunity kind of set.

It's cool when someone gets a little bit of power and then immediately starts thinking, how can we leverage this to create more opportunities for other people?

One of the things that I've heard you say changed your career a thousand percent was "In a World." Your character in it is a voiceover performer. Do you feel that women's voices are listened to in the same way that men's voices are? Literally on a sound level.

I'm not an expert, but I am definitely an observer, an educated observer. I would say that yes, people ingest female voices differently than male voices. I think that's why certain affectations come alive in our voices, both male and female. A lot of men lower their voices to be taken more seriously. Some women upscale their voices to be thought of as more young or something. There's all kinds of adjustments that I think we make on a daily basis. I think that they are ingested differently, and hopefully that will start to iron out.