“Obstruction of justice, if proven, would be impeachable,” Rep. Jerrold Nadler says 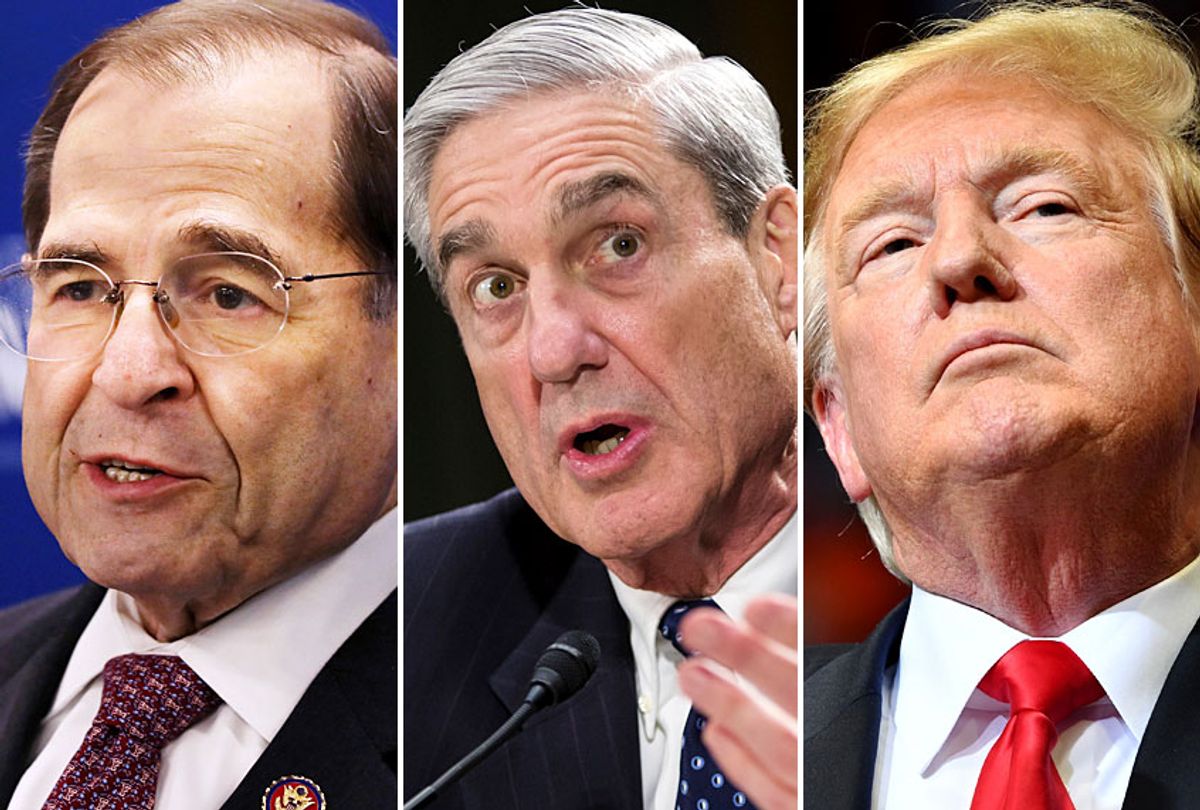 The chairman of the House Judiciary Committee told "Meet the Press" on Sunday that there may be enough information in special counsel Robert Mueller's report to justify impeachment.

Nadler said he would "have to hear from" Attorney General William Barr and special counsel Robert Mueller before making a decision.

When asked if the House Judiciary Committee had opened an inquiry into impeachment, Nadler said that "we may get to that. We may not. As I’ve said, before, it is our job to go through all the evidence, all the information we can get.”

Nadler's thoughts were echoed by Rep. Adam Schiff, D-Calif., during an appearance on ABC's "This Week" on Sunday. He said that there is "ample evidence of collusion in plain sight" and elaborated that "I use that word very carefully, because I also distinguish time and time again between collusion, that is acts of corruption that may or may not be criminal and proof of a criminal conspiracy. And that is a distinction that Bob Mueller made within the first few pages of his report. In fact, every act that I’ve pointed to as evidence of collusion has now been borne out by the report."

By contrast, House Speaker Nancy Pelosi told The Washington Post last month that she was not in favor of impeachment.

"I’m not for impeachment," Pelosi told the Post. "This is news. I’m going to give you some news right now, because I haven’t said this to any press person before. But since you asked, and I’ve been thinking about this: Impeachment is so divisive to the country that unless there’s something so compelling and overwhelming and bipartisan, I don’t think we should go down that path, because it divides the country. And he’s just not worth it."

Nadler has been an outspoken critic of Trump since the start of his presidency. Last week, Nadler criticized Trump’s actions following the 9/11 terrorist attacks to draw attention to what he perceived as the president’s hypocrisy for accusing Rep. Ilhan Omar, D-Minn., of being insensitive to the victims of 9/11.