President Donald Trump says Democrats have no chance of impeaching him: "Not even a little bit"

"Only high crimes and misdemeanors can lead to impeachment. There were no crimes by me," the president claims 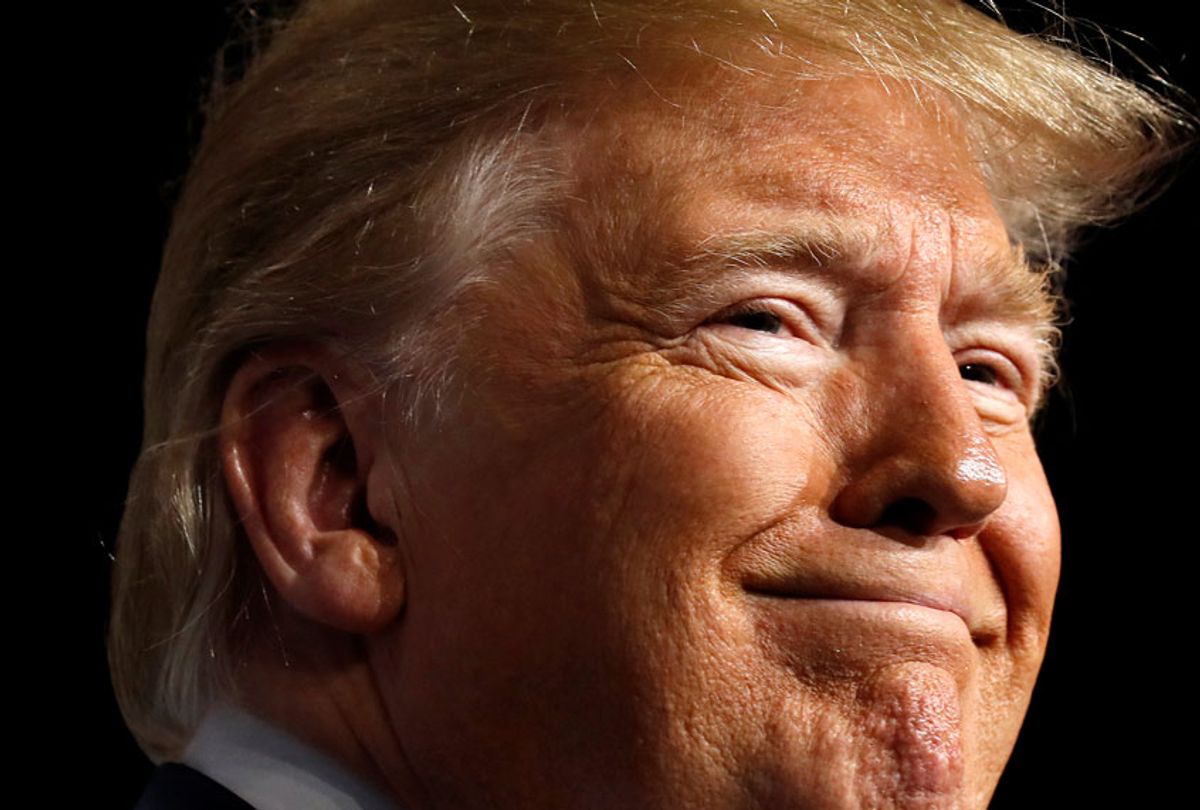 President Donald Trump declared Monday that Democrats have no chance of impeaching him — and the raw political math suggests he could be correct.

"Only high crimes and misdemeanors can lead to impeachment. There were no crimes by me (No Collusion, No Obstruction), so you can’t impeach. It was the Democrats that committed the crimes, not your Republican President! Tables are finally turning on the Witch Hunt!" Trump tweeted on Monday.

The president also retweeted a message he posted on Sunday, "How do you impeach a Republican President for a crime that was committed by the Democrats? MAKE AMERICA GREAT AGAIN!"

Trump also expressed these ideas to reporters when asked about it on Monday, responding to questions about whether he was concerned about Democrats impeaching him as "not even a little bit," according to the Associated Press. As Politico observed, Trump's statement evaded certain facts about the impeachment process.

"Despite Trump's claim, Democrats could still move forward with an impeachment effort, which is a political process, not a law enforcement one," the outlet noted. "Special counsel Robert Mueller’s 448-page report details findings of the 22-month investigation into Russian interference in the 2016 election, but did not find sufficient evidence that the Trump campaign colluded with the Kremlin."

There are indications that powerful Democrats in Congress are at least contemplating impeaching the president. Rep. Adam Schiff, D-Calif., wrote a pair of tweets Sunday expressing his views on the matter.

"I said it before and I’ll say it again: It’s not ok to seek Russian help in your campaign. It’s not ok to use materials they stole from your opponent, or to make it part of your campaign strategy. Sadly, my GOP colleagues do think that’s ok. The American people know better," Schiff wrote in one tweet.

He followed that up by adding, "Did the President obstruct justice Yes. Was it worse than Watergate? Yes. This break in was by a hostile foreign adversary. This president welcomed their help. This president lied about it and sided with that power over his own agencies. Don’t believe it? Read the report."

Rep. Jerrold Nadler, D-N.Y., expressed a similar thought while appearing on "Meet the Press" on Sunday, explaining that "we may get to that. We may not. As I’ve said, before, it is our job to go through all the evidence, all the information we can get." He also argued that "some of this would be impeachable. Obstruction of justice, if proven, would be impeachable."

The mathematical difficulty in impeaching Trump hinges on the fact that, for the president to be removed from office, two-thirds of the Senate must vote on a conviction. Even if the House of Representatives decided to impeach the president — that is, send him to trial. Because a simple majority is required to impeach a president and Democrats control the House, this is a plausible scenario: 20 Republican senators would have to cross party lines to join their 47 Democratic colleagues in order to remove him from office.

Unless a realistic list of those 20 Republican senators can be created — and there are only three who would seem like even remote possibilities — Sens. Susan Collins of Maine, Lisa Murkowski of Alaska and Mitt Romney of Utah — then Trump is indeed correct. Removal from office, at least outside of an election, would not be a possibility.