Despite his plunging approval rating, the survey could provide Trump with some good news 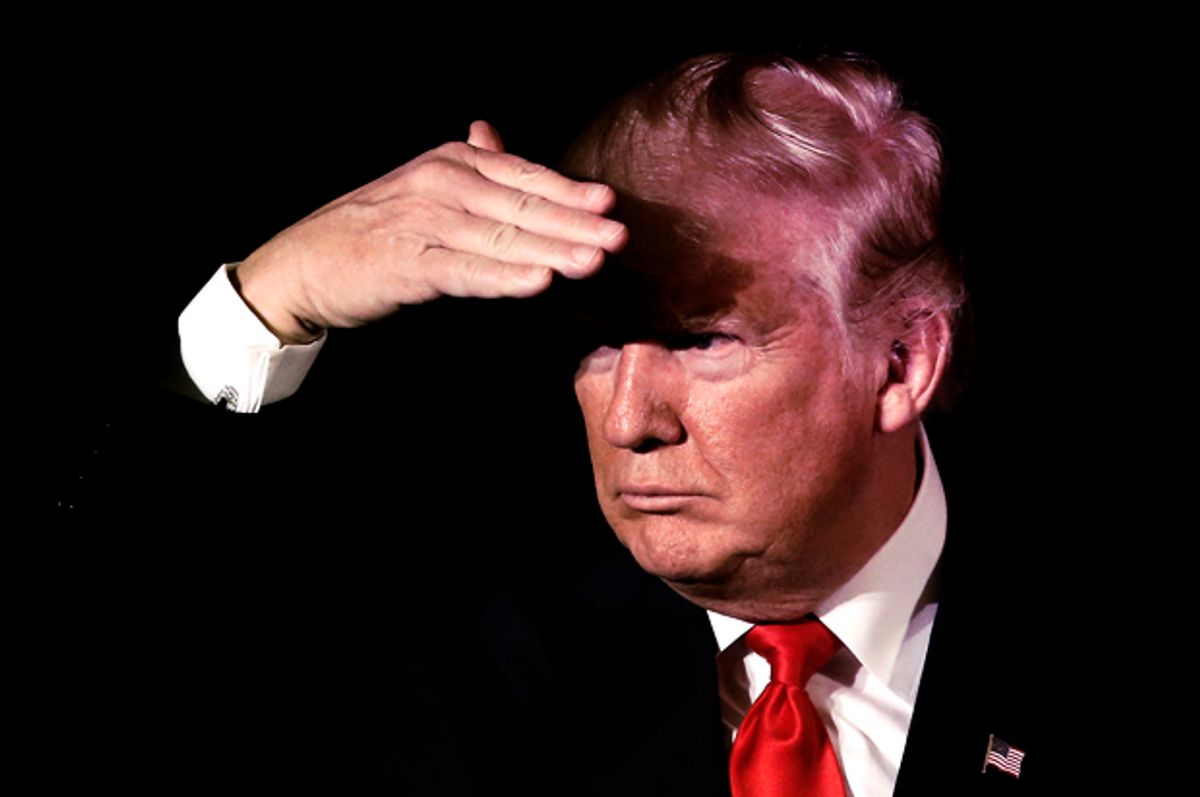 The survey, conducted by POLITICO/Morning Consult, revealed that just 39 percent of voters approve of Trump's performance in the White House. His approval rating is down from 44 percent last week and is tied with the president's lowest-ever approval rating in August 2017, when 39 percent of voters approved of the job he was doing as president in the wake of the deadly white nationalist rally in Charlottesville, Va.

The poll also found nearly 6 in 10 voters, or 57 percent, disapprove of the way Trump is handling his Oval Office job.

Despite his plunging approval rating, the survey could provide Trump with some good news: It reveals the majority of the voters appear to oppose removing Trump from office through the impeachment process. Only 34 percent of voters believe Congress should initiate impeachment proceedings to remove the president from office, down from 39 percent in January. Nearly half of respondents, 48 percent, said Congress should not move toward impeachment.

The decline in the percentage of Americans who approve of the job Trump is doing as president, as well as in the number of voters who want Congress to begin impeachment, can perhaps be seen as a reflection of the report itself. Although Mueller cleared Trump and his campaign of conspiring with Russia to influence the outcome of the 2016 election, he detailed at least ten instances in which Trump's possibly attempted to undermine the investigation.

"President Trump's approval rating has dipped to its lowest point of his term in the immediate aftermath of the redacted Mueller report release," Tyler Sinclair, Morning Consult's vice president, told Politico. "This week, 57 percent of voters disapprove, and 39 percent approve of the president’s performance — a net approval rating of –18 percentage points, compared with 55 percent who disapproved and 42 percent who approved — a net approval rating of –13 percentage points — one month ago in the aftermath of Attorney General [William] Barr’s summary of the Mueller report to Congress."

Since last week's release of Mueller's report, some Democrats have called on the party's leadership to begin impeachment proceedings against Trump. So far, House Speaker Nancy Pelosi has refused to commit to initiating proceedings out of apparent concern that doing so would cause political blowback for her party. The California Democrat made clear that the Democrats' near-term strategy following the release of Mueller's report would be to focus on aggressively investigating the president and see where its various wide-ranging probes lead.

As Democrats remain divided about whether they should impeach Trump in the fallout of Mueller's report, they would consider the challenges that removing the president from office would entail.

While voting on articles of impeachment requires only a simple majority in the House, where Democrats have a majority, the president's case would then move to the Senate, where two-thirds of all senators would need to agree to convict the president on any count. If that happens, a president is automatically removed from office. At least twenty Senate Republicans would need to join Democrats to vote to remove the president, and it's unlikely enough GOP senators would vote as such. Following Mueller's report, a majority of Senate Republicans did not appear to be put off by the picture Mueller paints of Trump.

The Politico/Morning Consult poll was conducted April 19 through April 21. It surveyed 1,992 voters and has a margin of error of plus or minus 2 percentage points.