"Cobra Kai" returns: Will the "no mercy" way of fighting win?

Season 2 of the YouTube series telegraphs many of the first's moves, but it's still exciting, worthwhile viewing 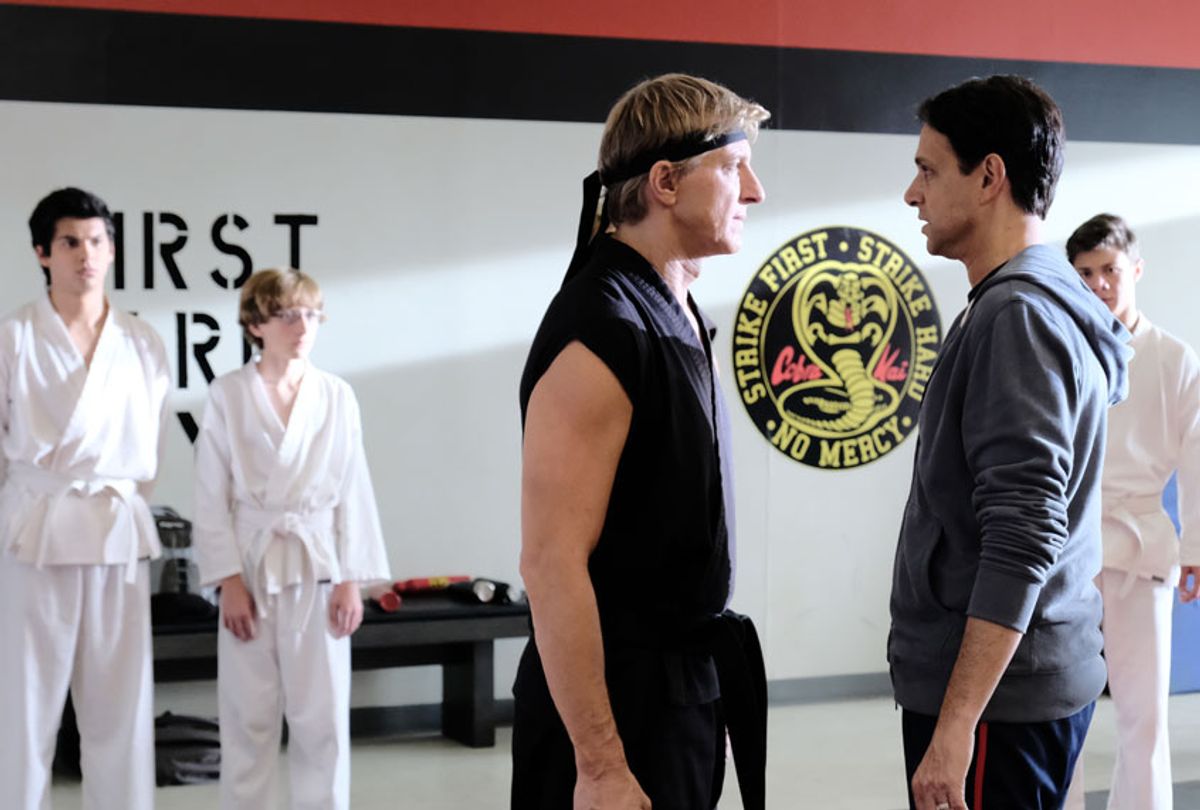 Sequels can be a mixed proposition. Generally speaking, most have no reason to exist beyond the obvious purpose of making more money for the franchise, unless the original film leaves the audience with a cliffhanger and substantial unanswered questions.

"The Karate Kid" stands alone as a triumphant one-shot enterprise, with the underdog coming out on top despite tremendous odds. It was also a box-office success and a cultural phenomenon, which is why its studio bestowed upon the world a popular sequel. Then came "The Karate Kid Part III," a movie worth noting mostly because it exists — and for its influence on the second season of "Cobra Kai."

"Cobra Kai" practically begs for a sequel by way of a second season from the moment the first one ends, by way of a last-minute appearance by John Kreese (Martin Kove), the greater evil of this small section of the cinematic universe.

The people who loved that first season would have wanted more even without the return of the aggressive dojo's founder, because executive producers and writers Josh Heald, Jon Hurwitz and Hayden Schlossberg successfully sell those 10 episodes as the beginning of a new history for an old story.

Now that we have season 2 —all 10 episodes of the sophomore run are available for binging on YouTube Premium, although the season premiere is available to non-subscribers as well — one can't help but view Kreese's return to the story as a mixed victory.

"Cobra Kai" proved to be a winner by taking what we know about William Zabka's Johnny Lawrence, the antagonist of the original film, and transforming him into a surly, vulnerable and ultimately likable anti-hero. In doing so, Ralph Macchio's Daniel LaRusso does not become the villain. Indeed, the drama's poignancy draws from the script's interrogation of widely accepted notions surrounding winning and losing, right and wrong, good and bad.

In the real world Macchio's Daniel fits the "good guy" definition. He's wealthy and well-liked, a devoted father to his daughter Sam (Mary Mouser) and an active member of the community. He and his wife Amanda (Courtney Henggeler) run a chain of successful car dealerships, and Daniel hangs a significant amount of public image on his reputation as the All-Valley Under 18 Karate Tournament champion way back in the 1980s.

And in a smart twist, Danny ends up mentoring Johnny's estranged son Robby (Tanner Buchanan) as Johnny seizes his second chance to be an involved father by transforming his gentle, bullied neighbor Miguel (Xolo Maridueña) into his star student.

This second season continues building the series' mythology on the original film's narrative highlights and updating those scenes with modern twists. And that's not necessarily a terrible idea for a series whose main lure is nostalgia for a quintessentially '80s franchise.

However, it doesn't take many unexpected chances with the story's arc, either, which at times makes these new episodes feel like a reprise instead of an expansion as a direct result of Kove's return. Granted, the franchise's superfans may heartily disagree with this assessment, especially in view of the series' stylistic improvements: the fights are better and more plentiful, and although there is no tournament to train for this time around, Kreese intentionally gins up higher stakes.

For this very reason, actually, the second season of "Cobra Kai" works even as a cautionary parable about the extreme dangers of social and political division.

The creators of "Cobra Kai" display an acute awareness of the season in which these new episodes arrive, with characters explicitly referencing "Game of Thrones" in several scenes. That's clever, of course, but it also taps into widely understood themes concerning corruption, politics and power.

Likewise, in the same way there exists an ongoing tension among viewers as to whether specific turns on "Game of Thrones" double as political commentary, how much Johnny fits into the mold of a MAGA hero in season 1 was the subject of some discussion last spring.

As with any series, one can interpret "Cobra Kai" in the literal sense or view it through a metaphorical lens. The Johnny-Daniel rivalry stands in season 2, as it must, because Daniel is convinced that Johnny's life is a consequence of his villainy. There's nothing Johnny can do to atone for his sins, which now include Johnny's star student and surrogate son Miguel beating Robby in a recent tournament by fighting dirty — just as Johnny did 35 years ago.

But as "Cobra Kai" progresses, its stealthy incorporation of themes about aging, battling irrelevance and pitfalls of raising kids in a certain way takes a backseat to the return of Kreese and his slow poisoning of Johnny's students. Johnny's evolution as an adult is half of the reason that the humor, profound writing and earnest performances in "Cobra Kai" took so many by surprise in season 1.

Kreese's influence slows this in some ways, but it also draws attention from the larger arcs and ideas that make the first season work as well as it does.

The outcome of this new wrinkle is fairly predictable, as are the romantic difficulties stemming for Robby and Miguel's mutual affection for Sam — which is impacted by the arrival of Peyton List's Tory, an aggressive girl who initially competes with Sam over her friendship with Aisha (Nichole Brown).  Smartly the producers grant more development to the nebbish Demetri (Gianni Decenzo) and his former best friend Hawk (Jacob Bertrand), whose rage shapes him in alarming ways in these new installments.

On the adult side of the tale, the second season opens up the show's focus to allow Macchio's charisma to shine on an equal level with Zabka's, as Danny's obsession with resurrecting Miyagi-do impacts his marriage. Keeping things from getting too serious, however, is a decided leaning-in to Johnny's stubborn addiction to the '80s and his glory days, the former resulting in one of the series' funniest sequences (set to, of all things, a Whitesnake classic) and the latter yielding what may be the drama's dumbest and most hackneyed side adventure.

The conflicts heat up quickly and predictably. Tory draws the attention of one of the boys who has eyes for Sam, and in a few of these moments one might wonder if we're watching a "Karate Kid" spinoff or a scene from some MMA-recreation of "Sweet Valley High."

Except, that is, for the pointed dialogue sprinkled throughout the series about a specific word in the Cobra Kai dojo mantra: mercy. As we engage in conversations about the rift in American culture and occasionally beg for some effort to find common ground, that concept is seen as a weak quality. In season 1 Johnny begins to realize that winning justly is better than winning at all costs; the second season takes a look at the concept of mercy — what it buys and what it costs.

Even more powerfully, these new episodes depict an extreme case of cause and effect with regard to what we, as adults, teach our children, and how that evolves the world around us. A drawn-out battle is incredible and exciting, viewed purely from an entertainment perspective, but — without giving anything away — it also holds an unsparing message about what out-and-out aggression gains society as a whole.

Flawed as this second round may be, "Cobra Kai" remains worthwhile viewing with a slew of conversation starters, though perhaps not the ones that made the series worth recommending the first time around. But it remains entertaining enough to merit a sequel, even if only to find out whose way wins out in the end.