Iowa State Rep. Andy McKean left the Republican Party to become a Democrat due to his unhappiness with Trump 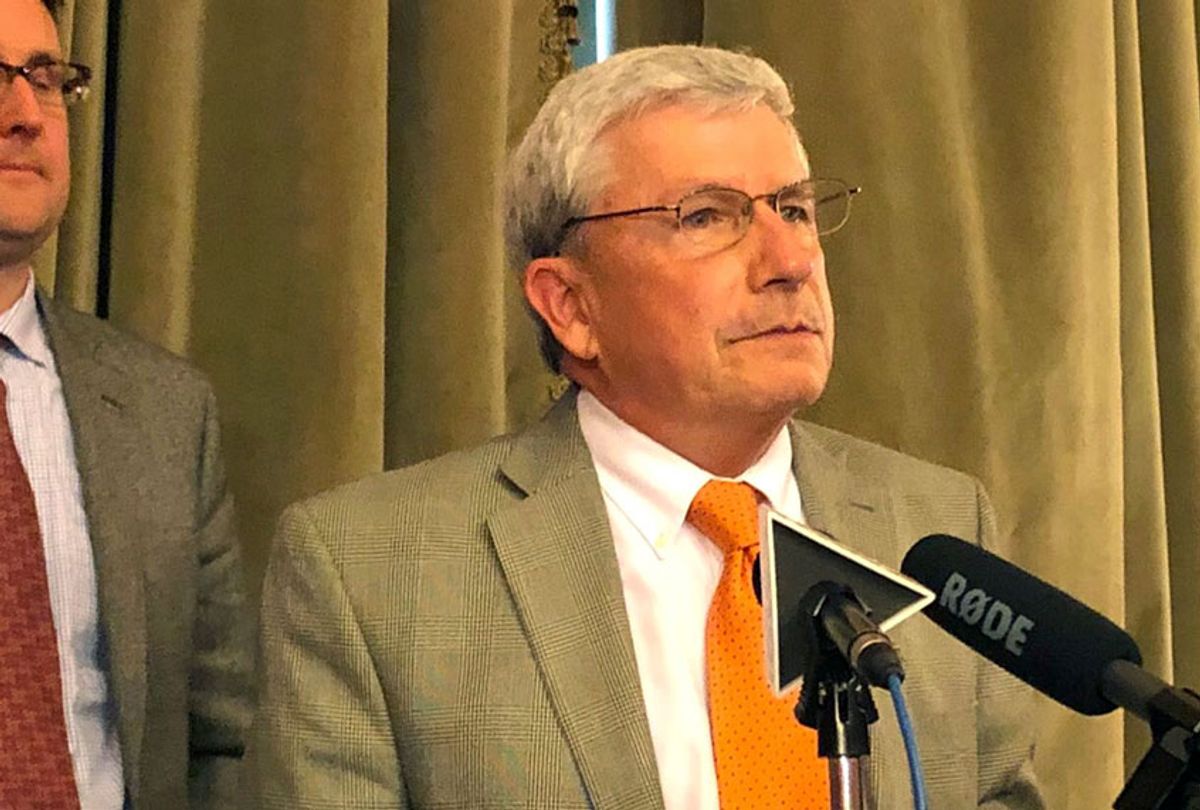 The longest-serving Republican representative in the Iowa legislature switched parties on Tuesday due to his dissatisfaction with President Donald Trump.

"I'm also all too aware that my decision will be a disappointment to many friends and colleagues who have supported me over the years. However the time comes when you have to be true to yourself and follow the dictates of your conscience, and for me that time has come," State Rep. Andy McKean, D-Anamosa, said according to the local news site WeAreIowa.com.

In addition to explaining that there were a number of state bills where McKean found himself sympathizing more with the Democrats than Republicans, he also criticized Trump's positions on financial matters, environmental protection and foreign policy, according to The Washington Post. He also claimed that Trump's personal behavior was unbefitting the leader of the free world.

"He sets, in my opinion, a poor example for the nation and particularly for our children by personally insulting, often in a crude and juvenile fashion, those who disagree with him, being a bully at a time when we’re attempting to discourage bullying," McKean said during a news conference.

He later added, "Unacceptable behavior should be called out for what it is and Americans of all parties should insist on something far better in the leader of their country and the free world."

McKean is joining other Republican state legislators from across the land who have left the GOP due to its rightward shift. In Kansas, State Senator Barbara Bollier left the Republican Party due to the fact that she believed it had lost its ability to appeal to moderates like herself.

"When I registered to vote in 1976, Kansas was led by moderate Republicans; over the course of those forty plus years, the Republican Party has steadily moved away from the value system I stand for, particularly funding public education and government closest to the people," Bollier told Salon last year.

In January, State Sen. Dawn Marie Addiego also switched from being a Republican to being a Democrat because, according to her Facebook post at the time, "as gridlock in Washington dominates the news, it has become increasingly clear that in order to effect change you have to be part of the discussion and not on the outside looking in. The people of the 8th District did not elect me to be content in the role of loyal opposition." She also cited the Republican Party's positions on tax policy and offshore drilling as proof that "the party which once echoed the vision of Ronald Reagan no longer exists" and had abandoned its "core values."