Cory Booker revealed as the most charitable 2020 Democrat

Booker donated nearly 16% of his income to charity in 2018, far more than any other 2020 Democratic contender 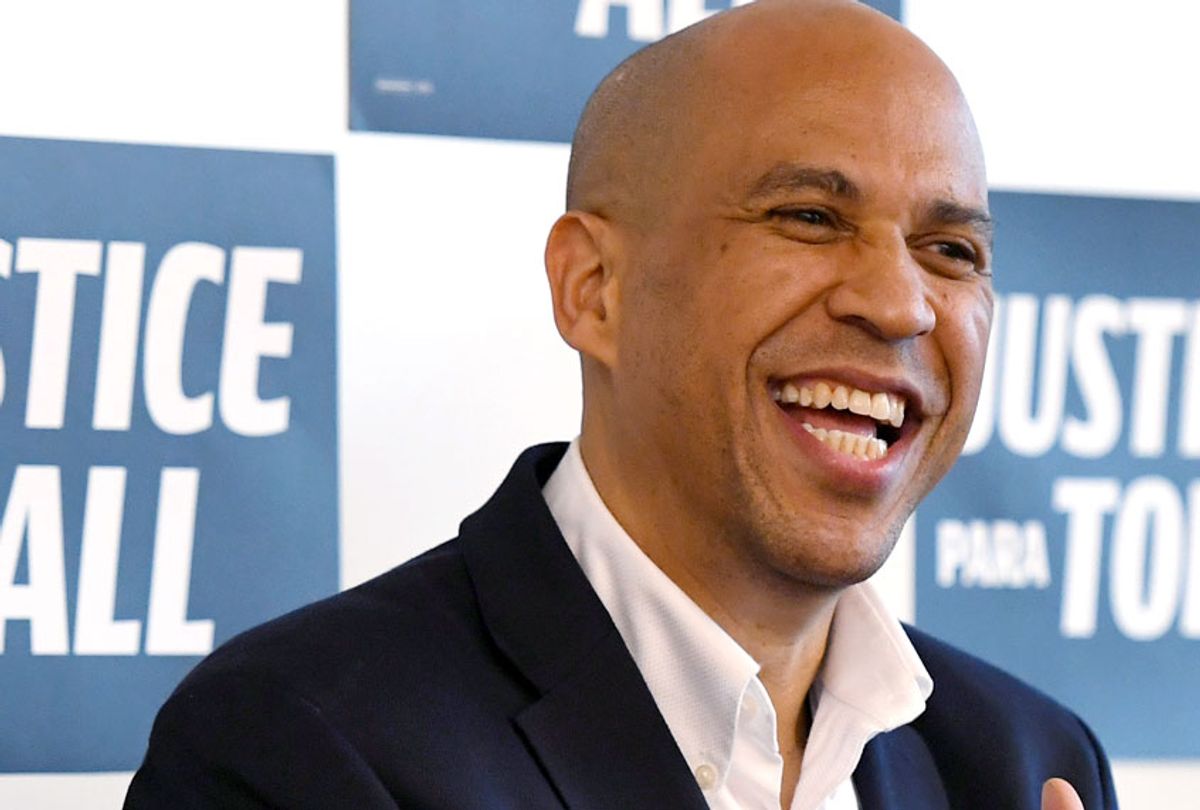 Democratic Sen. Cory Booker of New Jersey on Wednesday became the latest 2020 presidential candidate to release his tax returns, a move that comes amid a longstanding battle to obtain President Donald Trump's financial disclosures. Booker's returns revealed he earned $152,715 in income last year, almost all of it coming from his wages as senator, and that he paid $22,781 in federal taxes for an effective tax rate of 15%. The senator, who is single and has no children, also donated $24,000 to charity in 2018, or 15.7 percent of his income, making him the Democratic candidate who gave the largest percentage of his salary to charity even though his income dipped last year. In all, Booker has donated roughly $460,000 to charity over the past 10 years.

Booker disclosed 10 years of tax returns on his campaign website, following in the footsteps of other 2020 Democratic contenders and fellow senators Kirsten Gillibrand of New York, Bernie Sanders of Vermont, Kamala Harris of California, Amy Klobuchar of Minnesota, Elizabeth Warren of Massachusetts. Former Rep. Beto O'Rourke of Texas and Gov. Jay Inslee of Washington have also released at least 10 years of tax returns, and other presidential hopefuls, including Mayor Pete Buttigieg of South Bend, Ind., have pledged to roll out their tax records.

The wave of returns from 2020 contenders has revealed all presidential hopefuls who have disclosed their financial records have donated to charity — but not a whole lot.

Trump has infamously refused to release his tax returns, so it's unclear how much he has donated to charity. The president's actual charitable giving (compared to what he has claimed) has been the subject of several investigations, including by The Washington Post's David Fahrenthold, who has won a Pulitzer Prize for his coverage of Trump's history of charitable donations and those made through the Trump Foundation. The foundation was dissolved last year amid accusations of "persistently illegal conduct" from New York Attorney General Barbara Underwood. Trump was most recently accused of illegally using his charity to benefit his 2016 presidential campaign, Letticia James, a Democrat newly-elected as New York's attorney general, said last month.

Booker's tax returns also reveal he brought in the bulk of his income — nearly $3 million — from public speaking fees and royalties over the past decade. In addition, unlike other candidates in the 2020 race, Booker is not married and completed his returns as a single filer. He is currently dating the actress Rosario Dawson.