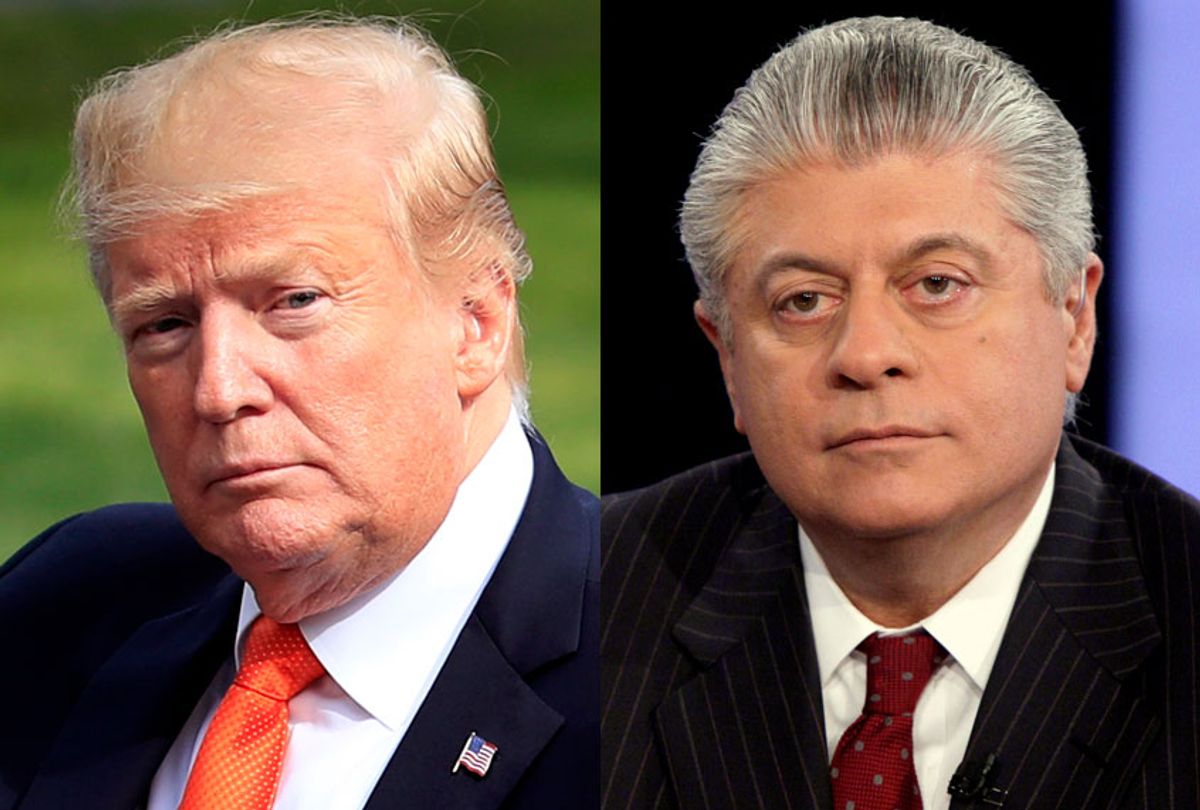 "When former FBI Director James Comey informed [special counsel Robert] Mueller that he believed Trump fired him because he had declined Trump's order to shut down the investigation of Trump's campaign and of his former national security advisor, retired Lt. Gen. Michael Flynn, Mueller began to investigate whether the president had unlawfully attempted to obstruct those investigations," Napolitano writes in the piece.

Now, Napolitano argues, the American people understand "why Trump was so anxious for the FBI to leave Flynn alone." He points out that Flynn "pleaded guilty to lying to the FBI about whether he discussed sanctions in a telephone call with then-Russian ambassador to the United States Sergey Kislyak, before Trump became president. Such a communication could have been unlawful if it interfered with American foreign policy." Although Trump fired Flynn after the revelation of that communication became public, Napolitano points out that Flynn discussed lifting those sanctions with Kislyak because Trump asked him to do so.

From there Napolitano implicitly criticizes the report by listing the evidence it accumulated condemning Trump and juxtaposing that with the criminal charges not made against the president:

"That report concluded that notwithstanding 127 confirmed communications between the campaign and Russians from July 2015 to November 2016 (Trump said there were none), the government could not prove the existence of a conspiracy," Napolitano writes.

He adds, "On obstruction, the report concluded that notwithstanding numerous obstructive events engaged in by the president personally, the special counsel would not charge the president and would leave the resolution of obstruction of justice to Congress. Congress, of course, cannot bring criminal charges, but it can impeach."

Napolitano then makes it clear that he believes impeachment is a reasonable option because "the Constitution prescribes treason, bribery or other high crimes and misdemeanors as the sole bases for impeachment. We know that obstruction of justice constitutes an impeachable offense under the 'high crimes and misdemeanors' rubric because both presidents in the modern era who were subject to impeachment proceedings — Richard Nixon and Bill Clinton — were charged with obstructing justice."

One paragraph stands out, with Napolitano explaining that the effectiveness of the president's attempted obstruction is unimportant because "if my neighbor tackles me on my way into a courthouse in order to impede a jury from hearing my testimony, and, though delayed, I still make it to the courthouse and testify, then the neighbor is guilty of obstruction because he attempted to impede the work of the jury that was waiting to hear me."

After reviewing the various ways in which Trump obstructed justice, defining obstruction from a strictly legal standpoint and disagreeing with Attorney General Bill Barr as to whether the president obstructed justice, Napolitano concludes that "the president's job is to enforce federal law. If he had ordered its violation to save innocent life or preserve human freedom, he would have a moral defense. But ordering obstruction to save himself from the consequences of his own behavior is unlawful, defenseless and condemnable."

Despite having a friendship with the president, Napolitano has not hesitated to criticize him in the past, whether by questioning the legality of his appointment of Acting Attorney General Matt Whitaker or arguing that his fiscal policies are dangerously unsustainable.