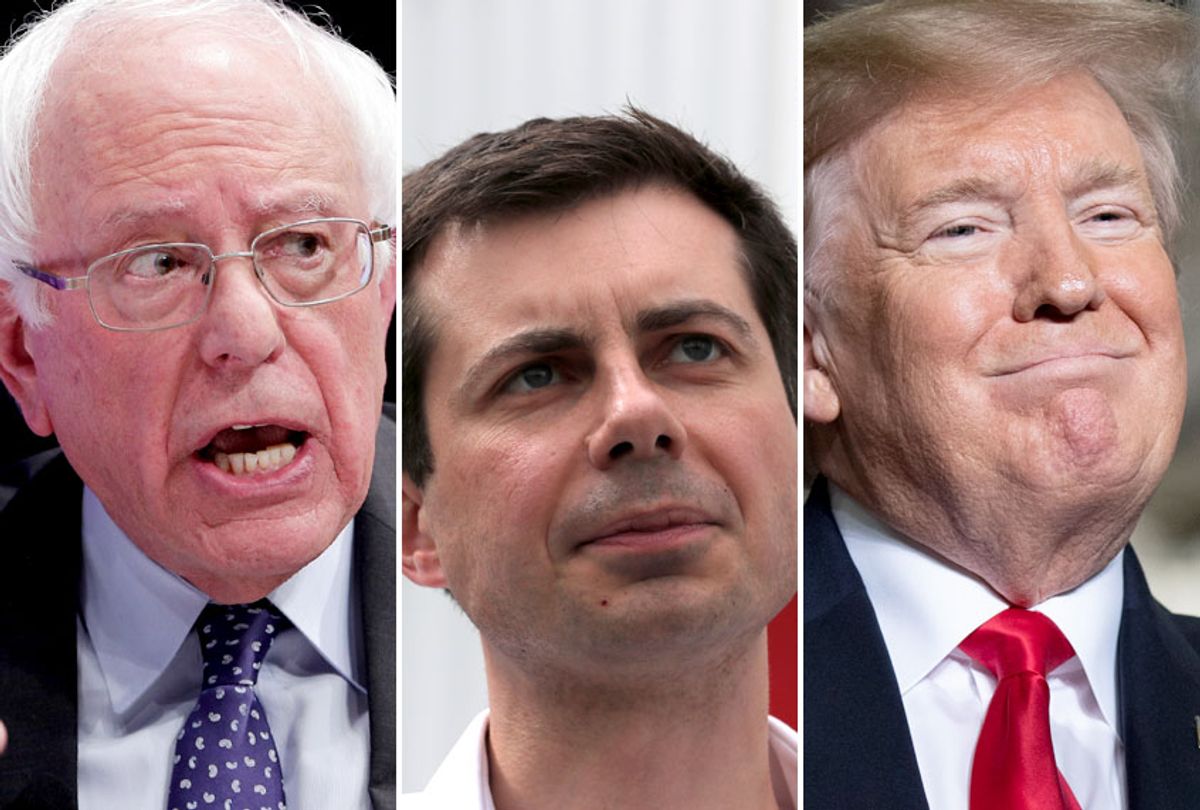 In a piece that was published on Tuesday, Buttigieg argued the following about Sanders:

In an interview, Mr. Buttigieg said Mr. Sanders’s left-wing proposals were no longer as provocative as in 2016 — “people were refreshed by the novelty of that boldness” — and expressed skepticism that a self-described democratic socialist in his late 70s could win a general election.

“I have a hard time seeing the coalition ultimately coming together there,” he said.

(Responding to the critique, Faiz Shakir, Mr. Sanders’s campaign manager, trumpeted the senator’s populist record and said his “unifying progressive agenda” made him “the best-positioned candidate to defeat Donald Trump in the general election.”)

Buttigieg has seen his political star rise considerably over the last month. As the mayor of the small Indiana town of South Bend, Buttigieg would normally not be considered a viable presidential prospect, although the experience level expected of a president has dropped since Trump was elected in 2016 without any prior political or military experience (a first for a president). Yet he has garnered attention due to his eloquence and his ability to appeal to the Democratic Party's moderate wing, which is searching for an alternative to the self-described democratic socialism preached by Sanders.

Buttigieg has gained attention for his eloquence, particularly in a speech earlier this month where he opened up about accepting his homosexuality and criticized Vice President Mike Pence's intolerant views toward the LGBT community.

"It’s hard to face the truth that there were times in my life when, if you had shown me exactly what it was inside me that made me gay, I would have cut it out with a knife. If you had offered me a pill to make me straight, I would’ve swallowed it before you had time to give me a sip of water," Buttigieg said at an LGBTQ Victory Fund event on Sunday.

After explaining how he eventually realized God made him that way, Buttigieg added that "that’s the thing that I wish the Mike Pences of the world would understand. That if you have a problem with who I am, your problem is not with me. Your quarrel, sir, is with my creator."

Buttigieg has also seen his poll numbers rise. In a recent survey taken of members of the political action committee Democracy for America, Buttigieg ranked third by drawing support from former Rep. Beto O'Rouke of Texas, another charismatic young moderate who is hoping to emerge as an alternative to Sanders. Buttigieg may have also benefited from the scandal surrounding former Vice President Joe Biden, whose star has faded somewhat after women came forward describing occasions when he touched them inappropriately (he has not been accused of sexual misconduct).