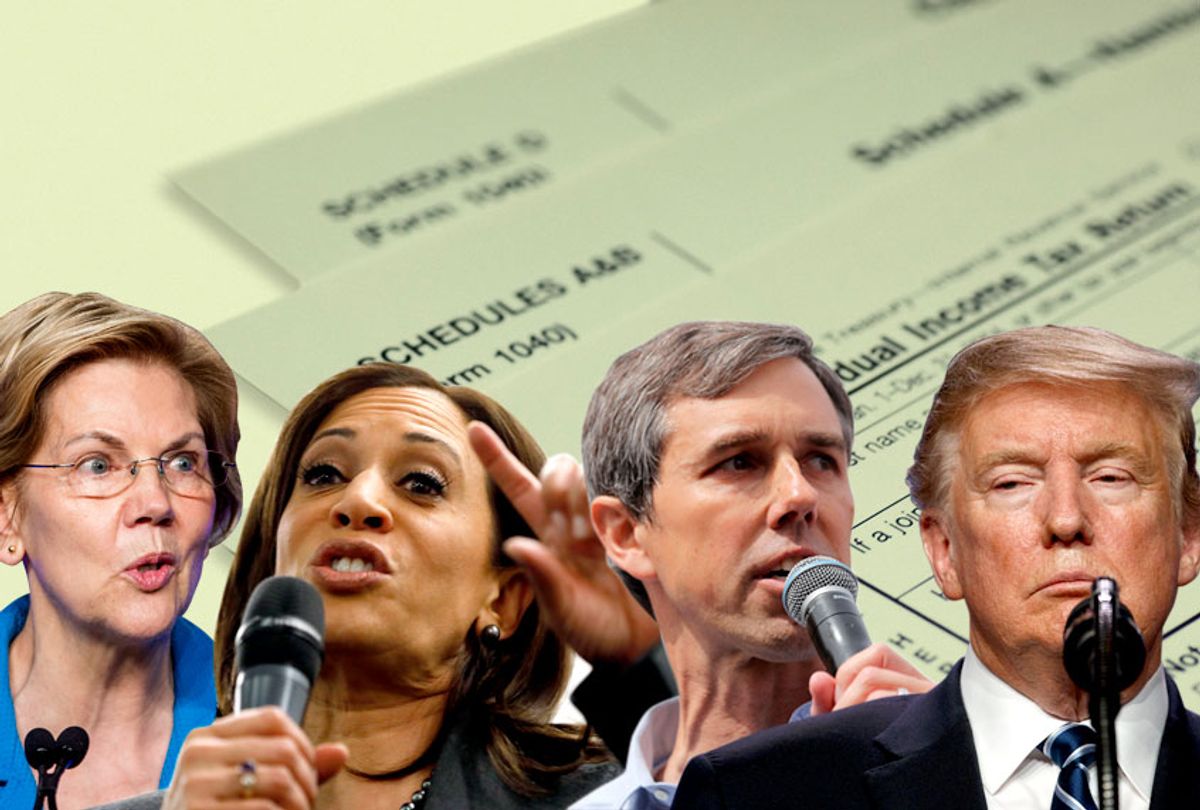 As President Donald Trump continues to refuse requests to hand over copies of his tax returns from Democrats on Capitol Hill, state lawmakers are considering making their release a condition of the 2020 presidential election.

Neary twenty states across the county have introduced legislation that would require all presidential and vice presidential candidates to release their individual tax returns in order to appear on the ballot during the presidential or general election, according to data from the National Conference of State Legislatures (NCSL).

Despite a few exceptions, nearly all of the state bills that have been introduced would require candidates to post at least five years of their individual tax returns. In addition, virtually every state bill has been introduced by a Democratic lawmaker, an apparent reaction to Trump's decision to buck decades of tradition during the 2016 election cycle when he refused to release his tax returns.

Trump, who pledged to release his tax returns as a presidential candidate, appeared to become skittish about handing over the documents in February 2016. Since then, he has argued he cannot disclose his returns, because he is being audited by the IRS — even though an audit does not prevent a taxpayer from releasing his or her own tax documents.

Additionally, the president's former lawyer and "fixer" Michael Cohen told a congressional panel in February that he does not believe Trump's taxes are under audit. Cohen said Trump expressed concern that releasing his returns would lead to an audit and IRS tax penalties.

Several Democrats vying for the party's presidential nomination in 2020 have already disclosed their tax returns, partly in an effort to draw a contrast with Trump.

The Trump administration on Tuesday blew past a deadline from House Democrats for six years of Trump's personal and business tax returns, which they have requested under an anti-corruption provision of the U.S. Constitution. Instead, Treasury Secretary Steven Mnuchin informed House Ways and Means Committee Chairman Richard Neal, D-Mass., that the Treasury and Justice Departments need until May 6 to respond to his "unprecedented" request to obtain Trump's tax returns.

The tax return bills some states are currently considering would circumvent what is likely to be a lengthy legal battle between the Trump administration and Congress — though, as CNN noted, "it isn't clear if the risk of missing the ballot on states likely to give their Electoral College votes to a Democrat in 2020 would sway the president." Questions also remain whether states requiring presidential candidates to release their tax returns in order to appear on the ballot would be constitutional.