John Earnest, the suspected shooter at a San Diego synagogue, was a nursing student who wrote a "manifesto" 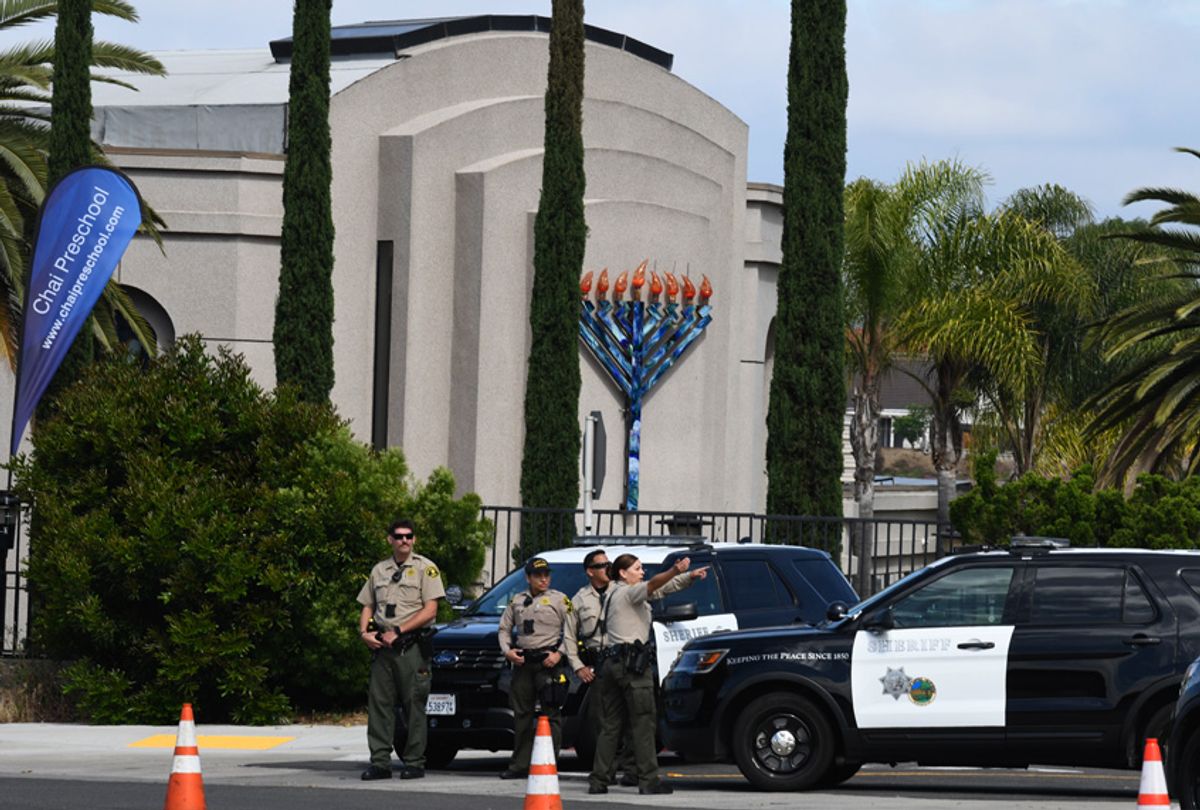 John T. Earnest, the man suspected of perpetrating a shooting at Chabad of Poway synagogue in San Diego on Saturday that left three people injured and one dead, is believed to have written a manifesto outlining his reasons for committing the anti-Semitic hate crime.

San Diego Sheriff William Gore said that law enforcement officials have read Earnest's social media accounts and a letter that Gore described as a "manifesto" to learn more about the suspect's motives, according to USA Today. The supposed "manifesto" was posted online on a text storage site called Pastebin around the time that Earnest is believed to have perpetrated the attack and is believed to have detailed Earnest's anti-Semitic motivations.

"I can already hear your voices," the manifesto is believed to read. "'How could you throw your life away? You had everything! You had a loving family. You had great friends. You had a church. You were doing well in nursing school. You could have gone so far in your field of study. You could have made so much money and started a happy family of your own.'"

Earnest was a nursing student at Cal State University San Marcos, according to a confirmation that school officials at that institution provided to reporters.

According to Sheriff Gore, Earnest was armed with an "AR-type assault weapon" when he entered the synagogue during Passover services on Saturday, according to CNN. A rabbi who was wounded during the attack attempted to calm both Earnest and members of the congregation, but the suspect is believed to have fled from the scene of the crime. An off-duty Border Patrol agent, whom Gore said may have been a security guard, fired at the suspect as he fled and — while the suspect remained uninjured — may have damaged his car.

After fleeing the scene, Earnest called 911 to let them know that he had been involved in the attack and to turn himself in. He is currently being interviewed by detectives and the FBI.

From the White House lawn on Saturday, President Donald Trump proclaimed his "deepest sympathies go to the people that were affected — the families, the loved ones," according to NBC San Diego. He also described the shooting as "hard to believe" and vowed to "get to the bottom of it." First Lady Melania Trump tweeted that she was "heartbroken to hear of another senseless shooting in a place of worship" while Vice President Mike Pence said that "antisemitism isn’t just wrong - it’s evil."

Meanwhile California Gov. Gavin Newsome tweeted in a statement that "hate continues to fuel horrific and cowardly acts of violence across our state, country, and world. It must be called out." House Speaker Nancy Pelosi, D-Calif., expressed a similar thought by tweeting, "Coming just six months after the horrific mass shooting at Tree of Life Synagogue in Pittsburgh, we are confronted with what appears to be another anti-Semitic attack. We all stand with the Jewish community against this act of hate."

This is the second shooting at a synagogue to occur within the last six months. In October a shooting at the Tree of Life synagogue in Pittsburgh left 11 people dead, and because of the perpetrator's far right ideological leanings, a group of Jewish leaders in the city wrote a letter to Trump saying he would not be welcome there until he had accepted responsibility for his incendiary rhetoric.