Cheater in chief: Donald Trump thinks playing by the rules is for losers

New York Times' latest exposé is a reminder: Trump cheats at everything, and sees other people only as marks 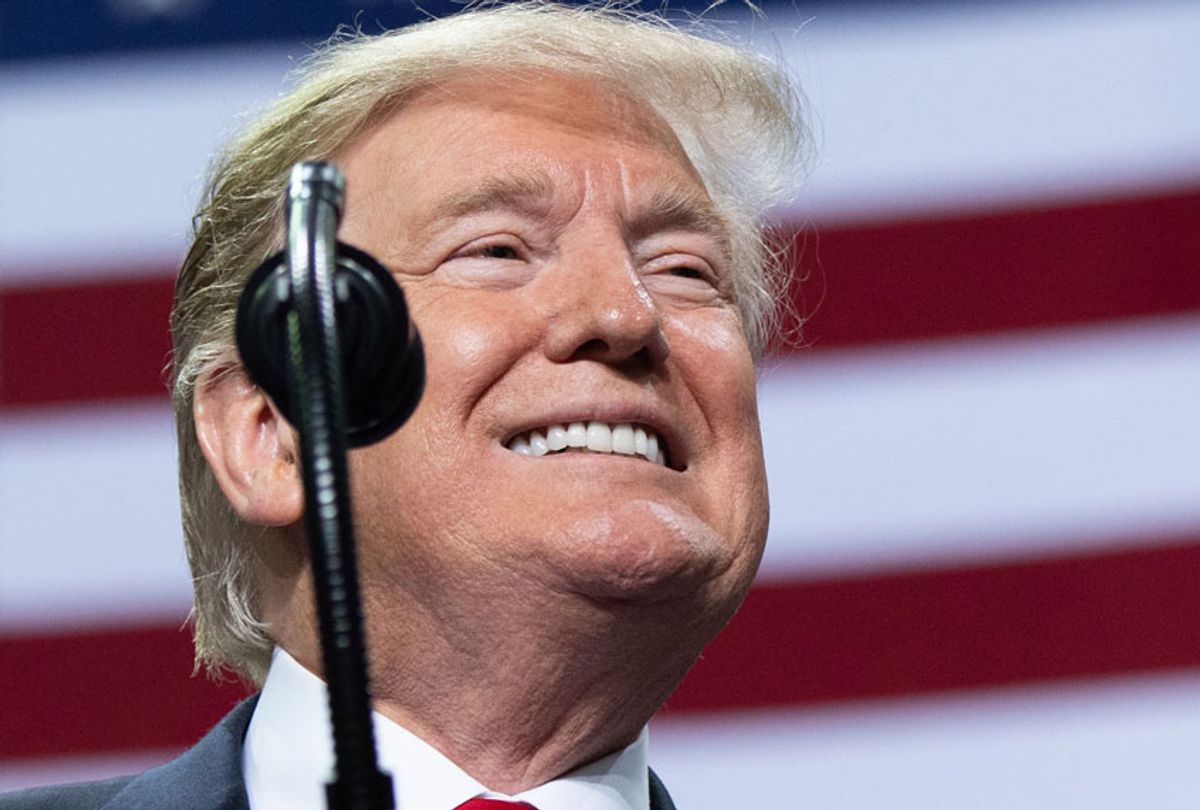 Late on Tuesday, the New York Times published another exposé revealing, one more time, that Donald Trump is a shameless grifter whose has never succeeded honestly at anything in his life but who, by dint of his privilege, has failed upward all the way to the White House. The reporters analyzed leaked copies of Trump's tax returns from 1985 to 1994 which not only showed that Trump was a massive failure in the business world, but failed on a huge scale that otherwise didn't exist in the United States at the time.

"His core business losses in 1990 and 1991 — more than $250 million each year — were more than double those of the nearest taxpayers in the I.R.S. information for those years," Russ Buettner and Susanne Craig report.

Overall, Trump's losses during this time period totaled $1.17 billion, which comes to more than $2 billion today when adjusted for inflation. This was all during the period when Trump was pushing his ghostwritten book "The Art of the Deal," portraying himself as a smashing success in the world of business.

Trump, unsurprisingly, took to Twitter to defend himself, saying that he used shady write-offs as a "tax shelter" and that "it was sport" to "show losses for tax purposes" and "re-negotiate with banks."

Well, OK then. So Trump's self-defense is that he's not really a failure, but rather a cheat who lied to both banks and the government in order to defraud them and enrich himself. As usual, he's probably not telling the truth: All the evidence indicates that Trump was a legendarily shoddy businessman who repeatedly went into bankruptcy and was eventually blackballed by the banks because of it.

But in a more abstract sense, there's a grain of truth here: Trump has, in fact, cheated the system. For nearly anyone else, being such a massive financial failure would be ruinous. Ordinary middle-class people who make an honest living are struggling to pay off student loans and other bills, but Trump could rack up billions in losses and still live in an opulent penthouse in the sky.

This story is just one more detail in the larger portrait of Trump, one that reveals a man whose entire life has been about cheating and who, it seems, has never come by anything honestly in nearly 73 years on the planet.

He failed up in real estate, buoyed by tax fraud and a wealthy father who gave him a massive fortune. Once he tapped that well and was cut off by the legitimate banking world, he turned to more overt grifting, engaging in scams like Trump University and multi-level marketing schemes. As the Mueller report showed, Trump was all too happy to use his power to influence American politics in ways flattering to Russian President Vladimir Putin, in hopes of a sweetheart deal to build a Trump hotel in Moscow. His businesses have laundered money for shady Russian interests.

Everything about Trump is a fraud. His election "victory" was the result of fraud, heavily aided by Russian intelligence services and an outdated electoral system. His role on "The Apprentice" was a farce, a character constructed for TV that didn't reflect the real Trump in any way, outside of his low moral character. Even his marriages to a series of trophy wives have been jokes , as he barely even pretends to feel sorry for his rampant pattern of adultery.

Cheating isn't just something Trump does — it's all he does. It's his worldview, his life philosophy, his character and the only thing that he really understands. He's a narcissist of sociopathic levels who believes that "winning" is the only thing in life, but who also has no real talents or skills or even the attention span to put in the work. Literally everyone he comes across is merely a mark to be defrauded in his eyes.

Republicans are currently trying to bamboozle the public into believing not only that Trump didn't collude with a criminal Russian conspiracy to interfere with the election, but that it's ridiculous to believe that was even possible. Senate Majority Leader Mitch McConnell, even took to the Senate floor on Tuesday to declare that it's "case closed" on the question of Trump's Russian collusion, as if it were preposterous to imagine that a man who has literally cheated his way through every situation in his entire life would jump at the chance to accept Russian help to cheat in an election.

Frankly, it's far more preposterous idea to believe he wouldn't.

Luckily, Robert Mueller has pointed the way. While Mueller's report didn't find enough evidence to make a determination of criminal conspiracy, it makes clear that Trump and his associates knew about the Russian help, sought out opportunities to conspire and encouraged Russian meddling — in one case, live on TV. Although these portions of the report are heavily redacted, the campaign also seems to have conspired with WikiLeaks through associates (probably Roger Stone and Jerome Corsi) for the dissemination of illegally obtained documents.

Trump is a con man on a scale that's almost impossible to wrap one's head around. His tax returns show losses more than double of the next closest person in the country at the time, and yet somehow he still got to present himself as a "rich" person. But no one should mistake him for an outlier in the Republican Party — or, Mr. Vice President, as "an aberrant moment in time." On the contrary, Trump's massive corruption is clearly fine by his fellow Republicans, who have flocked to his side and appear willing to fall on their swords in his defense.

Looking back, it makes perfect sense that Trump, the ultimate grifter, would rise to the top of the Republican Party. Just like their leader, Republicans realize they cannot win honestly. So they cheat. They suppress the vote. They gut systems to enforce campaign finance laws. They lie and lie and lie and use Fox News as a handsomely appointed propaganda arm. They flatly refused to seat Barack Obama's judicial nominees, cheating in order to hold those seats open for Republicans. Trump rose to the top of the Republican Party because cheating is their ethos, and he is simply the best at cheating.

Now Republicans and Trump are working in conjunction again to cheat the system, using bad-faith legal excuses to withhold documents and testimony from House Democrats. There's barely even a pretense anymore that this is anything but flagrant cheating. As with Trump's bragging about tax avoidance on Twitter, Republicans are leaning into this new identity as people who are proud to cheat, and the view that people who play fair are suckers and losers. But don't call this the Trumpification of the Republican Party. Republicans have been heading in this direction for many years, which is why they picked him as their leader.