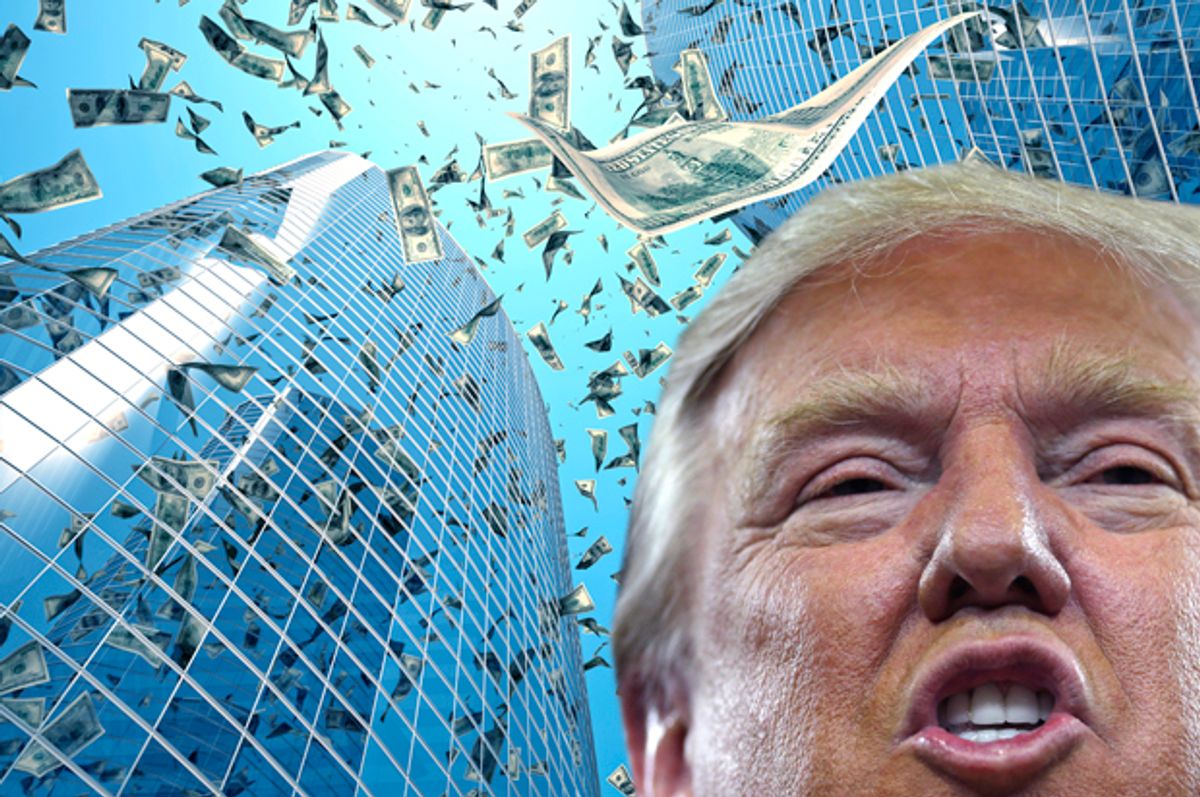 As President Donald Trump continues to refuse requests from Democrats on Capitol Hill to hand over copies of his tax returns, state lawmakers in New York are ramping up their efforts to obtain them.

The New York State Senate voted 39-21 on Wednesday to pass a bill that would allow congressional committees to request Trump's state tax returns. The legislation, known as the TRUST Act, was expected to advance as the state's Democratic Party seized control of the upper chamber last November during the 2018 midterm elections, winning 39 of the 63 seats.

The legislation, sponsored by Democratic State Sen. Brad Hoylman, would allow the state's tax commissioner to release any New York tax returns requested by the House Ways and Means Committee, the Senate Finance Committee and the Joint Committee on Taxation. Federal law gives the three congressional committees the authority to request and inspect the tax information of any U.S. taxpayer from the Treasury Department, including the president's, but the Trump administration has failed to comply with requests made by House Ways and Means Committee Chairman Richard Neal, D-Mass.

State Democrats are hopeful the legislation will present a way around the president's refusal to turn over his financial information. Although the measure would permit the release only of the president's state documents, the fact that much of his business dealings have been conducted in New York suggests such disclosures could be as revealing as his federal returns.

The bill's passage comes amid escalating tensions between the White House and Congress over numerous wide-ranging investigations into potential conflicts of interests posed by the president and his business dealings, many of which the Trump administration are stonewalling or flat-out ignoring. Democrats have been on a hunt to obtain Trump's tax returns since he bucked decades of tradition by refusing to release them during the 2016 election cycle.

Treasury Secretary Steven Mnuchin denied a request Monday from the House Ways and Means panel to provide six years of Trump's personal and business tax returns. Democrats are expected to counter by issuing a subpoena for the documents, and if necessary, sue in federal court to enforce the subpoena.

"It is out of deep concern over the conflict in Washington that we are gathered here today," Hoylman tweeted Wednesday ahead of the vote, noting his support for efforts by lawmakers on Capitol Hill to obtain the president's tax returns as part of their oversight authority.

"New York, as the home of the president’s state returns, has a special role and responsibility to step into the breach," he wrote in another tweet. "Washington has failed to act. We intend to lead."

A companion bill, sponsored by Democratic State Assemblyman David Buchwald, is traveling through the State Assembly. Though that legislation is still being heard by the Assembly Ways and Means Committee, it is expected to pass. Democrats enjoy a 104-41 majority in that chamber.

Democratic New York Gov. Andrew Cuomo signaled his support for the legislation after it was introduced in April in the state's upper chamber. He is likely to sign the bill should it arrive on his desk.