I feel confident that the U.S. Supreme Court will overturn Roe and finally correct its 46-year-old mistake," he add 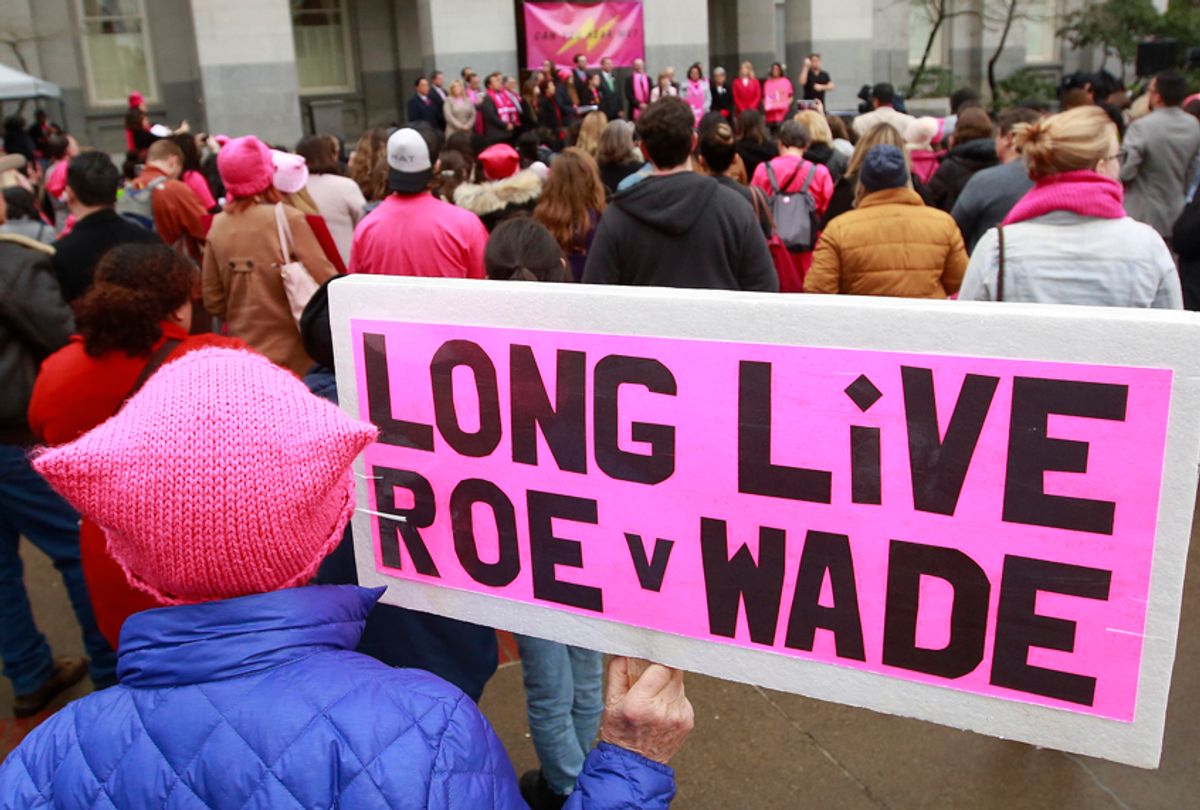 The Alabama Senate on Thursday postponed debate on what may become the country's most restrictive abortion ban after Republican lawmakers stripped an amendment that would have allowed abortions in cases of rape or incest without a roll call vote.

The legislation, called the Human Life Protection Act, has already passed the state's House of Representatives without those exceptions, in what is intended to serve as a direct challenge to Roe v. Wade, the landmark 1973 U.S. Supreme Court ruling which said a woman has a constitutional right to end a pregnancy until a fetus is developed enough to live outside a woman's uterus. It would make it a felony punishable by at least 10 years in prison for a doctor to perform or attempt an abortion during any stage of pregnancy, with the only exception being if a pregnant woman’s life was in danger.

The Senate version of the bill included exemption for rape and incest, but Republicans in the Senate tabled those additions Thursday after a shouting match. The exemption was then removed without a roll call vote.

The bill is expected to return to the chamber floor as soon as next week. It has moved through the state at a time when opponents of legal access to abortion across the country have been emboldened by the transformation of the Supreme Court with the confirmation of Justice Brett Kavanaugh, who secured the high court's conservative majority for 30 or more years.

Anti-abortion activists and lawmakers across the country have pursued a range of proposals to limit abortions this year, including so-called heartbeat bills that outlaw abortions once a fetal heartbeat can be detected. That can be as early as six weeks, before many women know they are pregnant.

Gov. Brian Kemp of Georgia, a Republican, signed such a measure on Tuesday. Similar measures have been signed into law in Kentucky, Mississippi and Ohio. Lawmakers in Florida, Louisiana, Missouri, South Carolina, Tennessee, Texas and West Virginia are considering similar proposals.

Still, the measure in Alabama appears intended to go farther than so-called heartbeat bills — and to encourage a legal showdown over Roe's 46-year-old precedent. It is likely to become law.

Gov. Kay Ivey, a Republican, has not indicated whether she plans to sign the measure into law if it reaches her desk. The state's lieutenant governor, meanwhile, admitted the bill is a direct attempt to overturn Roe.

"It is important that we pass this statewide abortion ban legislation and begin a long overdue effort to directly challenge Roe v. Wade," Alabama Lt. Gov. Will Ainsworth, a Republican, said in a statement Thursday.

"Now that President Donald Trump has supercharged the effort to remake the federal court system by appointing conservative jurists who will strictly interpret the Constitution, I feel confident that the U.S. Supreme Court will overturn Roe and finally correct its 46-year-old mistake," he added.

Alabama, a conservative state where Republicans have long dominated politics and where there are just three abortion clinics that regularly provide care, has a documented history of attempting to curb abortion access. Last year, voters supported an amendment to the Alabama Constitution that declared the"public policy of this state is to recognize and support the sanctity of unborn life and the rights of unborn children, including the right to life."

In the past, lawmakers set a 48-hour waiting period for abortions; mandated that women receive state-directed counseling before the procedure; required a woman to undergo an ultrasound before obtaining an abortion and the provider must offer her the option to view the image; and required minors to receive consent for an abortion from a parent or legal guardian.

State lawmakers have introduced more than 250 abortion restriction bills so far this year, according to study conducted by Planned Parenthood and the Guttmacher Institute, a reproductive rights research organization.

Opponents of the legislation in Alabama have vowed to sue to block the measure if it becomes law. They said they would argue that a state cannot restrict access to abortion before viability (the point at which a fetus can survive outside the uterus), which is a right that the courts have repeatedly reaffirmed in decisions since Roe. Any restriction on abortion must contain exceptions to protect the life and health of the woman and cannot create an "undue burden" on a woman seeking an abortion — a standard that was established in Planned Parenthood v. Casey" in 1992 and clarified in Whole Woman's Health v. Hellerstedt in 2016.