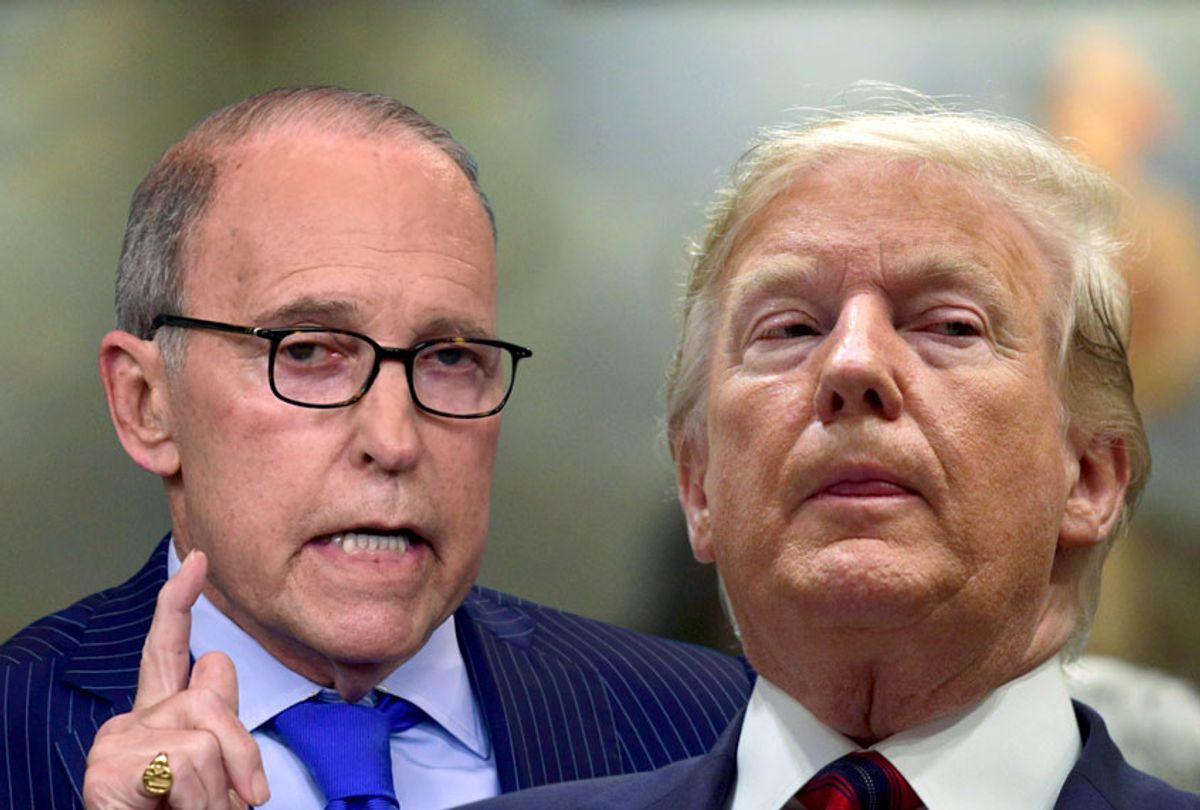 Larry Kudow, the White House chief economic adviser under President Donald Trump, told "Fox News Sunday" that the U.S. should expect to "suffer" due to the ongoing trade war between America and China.

"I think we had an authorization of $12 billion," Kudlow said on the program, according to Politico. "We will do it again if we have to . . . We will do that."

Although Kudlow defended Trump's aggressive posture toward China when it comes to trade, the economic adviser also admitted that "both sides will suffer on this." Despite that damage, Kudlow also said that he believes the harm to America's gross domestic product will not be significant, because the economy is "in terrific shape." He argued that Trump's trade policies were "a risk we should and can take without damaging our economy in any appreciable way."

One notable moment during Kudlow's interview occurred when anchor Chris Wallace asked the economic adviser whether Americans would be hurt as much as Chinese citizens by the trade war.

"It’s not China that pays tariffs. It’s the American importers, the American companies that pay what, in effect, is a tax increase and oftentimes passes it on to U.S. consumers," Wallace said, according to CNBC.

"Their is no reason for the U.S. Consumer to pay the Tariffs, which take effect on China today. This has been proven recently when only 4 points were paid by the U.S., 21 points by China because China subsidizes product to such a large degree. Also, the Tariffs can be completely avoided if you by from a non-Tariffed Country, or you buy the product inside the USA (the best idea). That’s Zero Tariffs. Many Tariffed companies will be leaving China for Vietnam and other such countries in Asia. That’s why China wants to make a deal so badly!" Trump wrote in his first pair of tweets.

In a subsequent pair of tweets, the president wrote that "there will be nobody left in China to do business with. Very bad for China, very good for USA! But China has taken so advantage of the U.S. for so many years, that they are way ahead (Our Presidents did not do the job). Therefore, China should not retaliate-will only get worse! I say openly to President Xi & all of my many friends in China that China will be hurt very badly if you don’t make a deal because companies will be forced to leave China for other countries. Too expensive to buy in China. You had a great deal, almost completed, & you backed out!"

He added, "The unexpectedly good first quarter 3.2% GDP was greatly helped by Tariffs from China. Some people just don’t get it!"

Kudlow has long been a fundamentalist when it comes to issues involving free trade, even writing for the National Review in August that "tariffs are really tax hikes."

"Well, the threat has huge potential implications for the American economy, particularly for the agricultural sector," Gerwin said at the time. "Because, as you know, farm prices move based on threats to the global economy, opportunities in the global economy. And all of this saber-rattling with respect to tariffs I think is particularly troublesome for the farm sector. One of the problems is that we are talking about imposing tariffs on products that come from China, that in many instances are made from components from all over the world — the standard example being the iPhone, which really has relatively little Chinese content."