Even Tomi Lahren thinks Alabama's abortion ban is "too restrictive"

Lahren's views appeared to shock some of her conservative fans, although she announced she's "pro-choice" in 2017 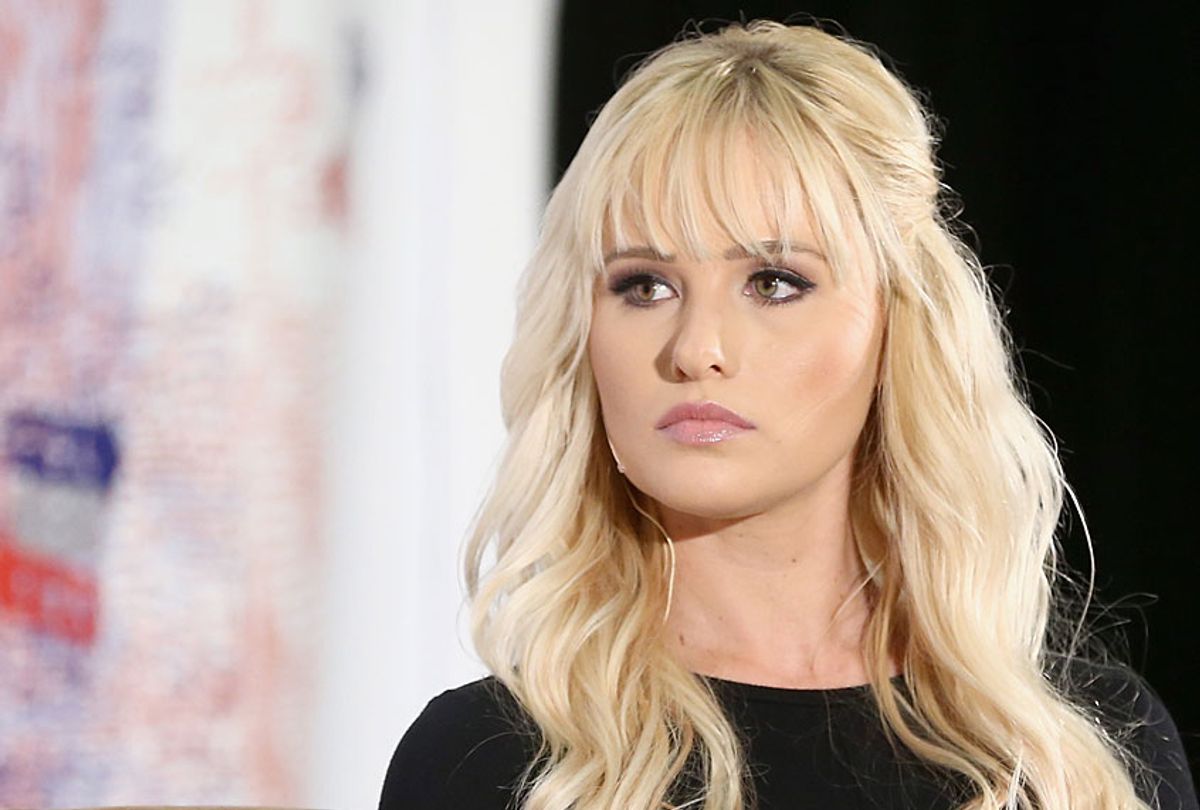 Fox Nation host and conservative commentator Tomi Lahren on Thursday joined the widespread and growing criticism of Alabama's new law that would outlaw almost all abortions in the state, calling the legislation "too restrictive."

"I will be attacked by fellow conservatives for saying this but so be it," Lauren tweeted Thursday, "this Alabama abortion ban is too restrictive."

"It doesn't save life, it simply forces women into more dangerous methods, other states or countries," the unlikely activist added. "You don't encourage life via blanket government mandate!"

Lahren's comments came on day after Alabama Gov. Kay Ivey, a Republican, signed the measure into law, setting up a direct challenge to Roe v. Wade, the landmark U.S. Supreme Court decision from  1973 that said a woman has a constitutional right to end a pregnancy until the fetus is developed enough to live outside the uterus.

The legislation, called the Human Life Protection Act, would prohibit abortions at every stage of pregnancy, even in cases of rape or incest, and is poised to become the country's most restrictive abortion ban. A doctor could be charged with a felony and face up to 99 years in prison for performing an abortion in most circumstances; doctors would face a 10-year prison sentence for even attempting an abortion.

It has moved through Yellowhammer State at a time when opponents of legal access to abortion nationwide have been emboldened by the transformation of the Supreme Court with the confirmation of Justice Brett Kavanaugh, which secured a conservative majority on the nation's highest court for decades to come.

Anti-abortion activists and lawmakers across the country have pursued a range of proposals to limit abortions this year, including so-called "heartbeat bills," which outlaw abortions once a fetal heartbeat can be detected. That can be as early as six weeks, before many women even know they are pregnant.

A follower called Lahren anti-Christian on Thursday for denouncing Alabama's new measure. In response, she tweeted, "If you think banning abortion with no exception for rape or incest will stop women from terminating pregnancy, you're not being honest with yourself. P.S. you're not God so don't you dare evaluate my Christian faith based on your moral superiority complex."

Similar restrictive abortion bills have been signed across the country. Gov. Brian Kemp of Georgia, a Republican, signed a "heartbeat" bill last week, and similar measures have been signed into law in Kentucky, Mississippi and Ohio. Missouri on Friday approved a bill that would ban abortions eight weeks into pregnancy, even in cases of rape, incest or human trafficking. Lawmakers in Florida, Louisiana, South Carolina, Tennessee, Texas and West Virginia are considering their own proposals.

Still, the measure in Alabama appears intended to go farther than the heartbeat bills — and to encourage a legal showdown over Roe's 46-year-old precedent.

Lahren's views appeared to shock some of her conservative fans, although she publicly announced she is "pro-choice" during an appearance on "The View" two years ago.

She even warned in July that she believes pushing for the Supreme Court to overturn Roe would be a "huge mistake."

Still, Alabama, a conservative state where Republicans have long dominated politics and there are just three abortion clinics that regularly provide care, has a documented history of attempting to curb abortion access. Last year, voters supported an amendment to the Alabama Constitution declaring that the "public policy of this state is to recognize and support the sanctity of unborn life and the rights of unborn children, including the right to life."

Planned Parenthood President Dr. Leana Wen said, "In a state that has some of the worst health outcomes for women in the nation — such as the highest rate of cervical cancer — Alabama is putting women's lives at an even greater risk. Politicians who say they value life should advocate for policies to solve the public health crises that are killing women — not dismantle what little access to health care Alabamians have left."