In the wake of Steve Kroft's exit, the news magazine must think about who it wants to put in the anchor chair next 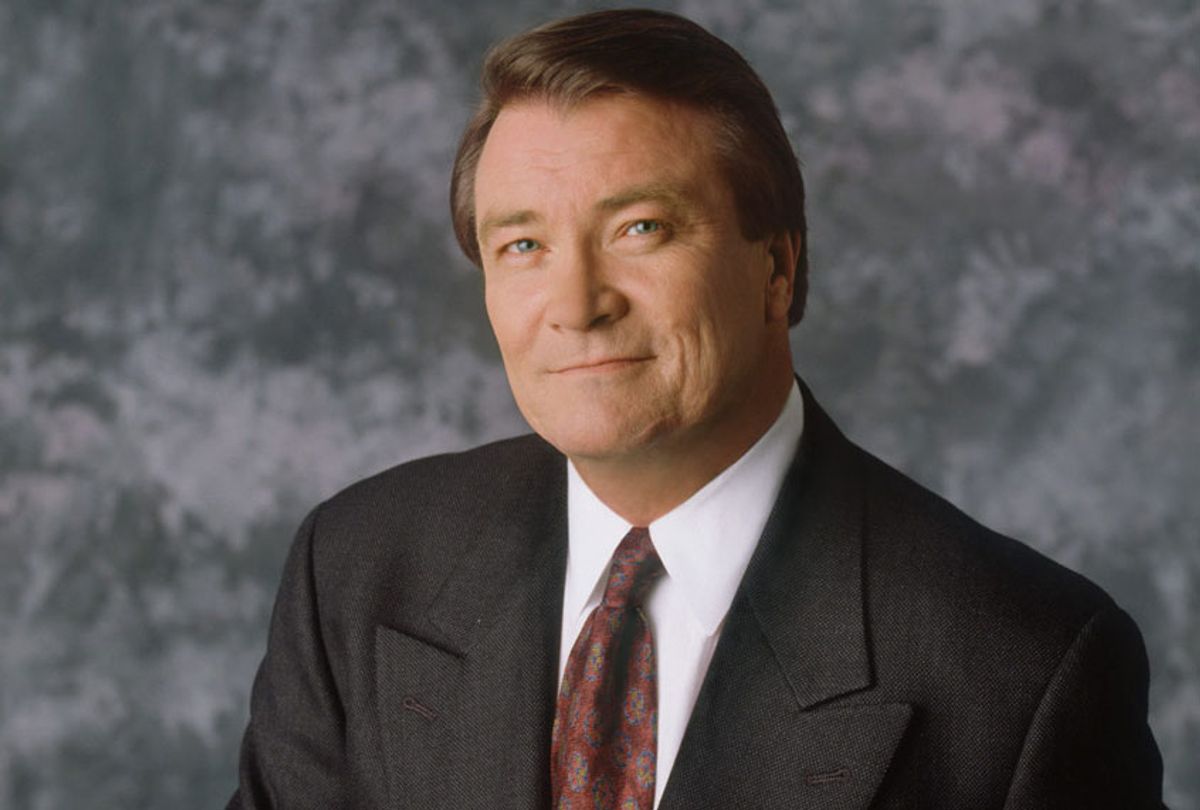 In late 2017 former “60 Minutes” producer Jeff Fager shared the secret to his program’s continued relevance with a reporter with American Public Media’s “Marketplace.”

“It is actually the values part that has kept us on the air,” Fager said to “Marketplace.” “I think our viewer expects something of us. We go against conventional wisdom in television news, we keep it very simple, there are no bells and whistles. And here’s probably the biggest difference: We don’t do audience research to decide what the viewer wants us to cover.”

His interview was to promote his book “Fifty Years of 60 Minutes: The Inside Story of Television’s Most Influential News Broadcast,” and the curious part of this answer is where he observes that over the half-century of the program’s existence, "we haven’t really changed our values and standards in all of that time, but we’ve evolved significantly.”

Eleven months after that interview, Jeff Fager was out of a job. First he was benched as CBS News investigated a series of harassment allegations against him, then in September, CBS fired him for sending a threatening text to CBS News correspondent Jericka Duncan.

“There are people who lost their jobs trying to harm me, and if you pass on these damaging claims without your own reporting to back them up that will become a serious problem,” Fager texted to Duncan.

To CBS News’ credit, it aired the contents of Fager’s text to Duncan on its “Evening News” segment. This contains a few layers of import, the first being an indication of how seriously CBS takes its reputation as a hard news organization.

It also, by necessity, augured a certain level of change in the wind for “60 Minutes,” a television news magazine that has lasted for more than half a century and set the standard for every other such program to come in its wake.

“60 Minutes” only had one executive producer before Fager, and that was its series creator, Don Hewitt.

Since February, CBS News veteran producer Bill Owens has served as the series’ executive producer, but the name that matters most right now for “60 Minutes” and CBS News in general is Susan Zirinsky, who assumed her position as president and senior executive producer of CBS News at the beginning of March.  Zirinsky is not hanging back to get used to her new role, either.

Already she has shifted the line-up of “CBS This Morning” and, as we wrote last week, placed Norah O’Donnell, who also is a “60 Minutes” correspondent, into the “CBS Evening News” anchor chair.

And now that longtime “60 Minutes” host Steve Kroft has retired, with his finale segment airing on the newsmagazine’s May 19 season finale, CBS News has another opportunity to inject fresh blood and perspective into this program.

“60 Minutes” remains one of few surefire ratings hits on the broadcast television schedule. It ends the 2018-2019 television season as the top-rated news program in all of television. A recent network news release touts, it has claimed a slot in the Nielsen Top 10 a total of 23 times during the season. In terms of its relevance and import, there’s little to take issue with: for millions of viewers, this is not a broken news product.

But with Kroft’s well-earned retirement, perhaps “60 Minutes” may consider filling his position with someone attuned to the perspective of millennials and other younger consumers.

Lesley Stahl, Scott Pelley, Bill Whitaker and John Dickerson continue to uphold the fine standards of “60 Minutes,” of course. But among them, Dickerson is the resident kid, and he’s about to turn 51, making him slightly younger than the show itself.

In view of the series’ history, and where the cultural demographics of the American audience is generally going, this is particularly crucial.

For many years the front-facing line-up of “60 Minutes” hosts consisted of a wall of men, until Diane Sawyer was elevated to a host chair in 1984.

And for a number of those male hosts, “60 Minutes” is the last stop on their career train. Viewers of a certain age cannot listen to that telltale stopwatch tick without thinking of the names Mike Wallace, Morley Safer, Harry Reasoner and Ed Bradley, each of whom spent several decades in their host chairs.

Kroft spent a whopping 30 seasons with “60 Minutes,” the sort of tenure most people could not conceive of, regardless of the industry. Then again, this sort of consistency is part of the “60 Minutes” formula for success: the news cycle may get faster by the week, but this program’s presentation remains as measured, calm and reliable as the tick-tick-tick-tick that announces each new report.

Part of that reliability is the viewer’s expectation that the row of hosts will not unilaterally change overnight. If there is such a thing as Sunday night family viewing anymore, the ratings indicate that the CBS newsmagazine is still a mainstay in many households’ end-of-weekend rituals, making its hosts akin to trustworthy elders visiting for dinner.

And within its solid stable of correspondents is a balance of career experience and relative youth, a group that includes Sharyn Alfonsi and Anderson Cooper, L. Jon Wertheim and O’Donnell.

Until recently that list also included Oprah Winfrey. But she left, explaining to the Hollywood Reporter that the newsmagazine was “not the best format for me.”

“How should I say this?” she told THR. “Never a good thing when I have to practice saying my name and have to be told that I have too much emotion in my name… I was working on pulling myself down and flattening out my personality — which, for me, is actually not such a good thing.”

Makes sense; one institution isn’t going to necessarily jibe with another. However, while “60 Minutes” frequently scores significant interviews with politicians and the biggest public figures of any season, Oprah landed "Leaving Neverland" director Dan Reed, Wade Robson and James Safechuck, all featured in her “After Neverland” special on HBO. People are still talking about it.

We should also point out that without Oprah, Whitaker is the lone person of color currently on the newsmagazine. And I don’t recall the last time, if ever, “60 Minutes” has featured a Latinx correspondent in its ranks.

In addition to these concerns, the next season of “60 Minutes” comes to us at a time that the news nonfiction field in general is getting stronger and gaining more of a hold among younger audiences. CBS’s grandfather of news magazines isn’t going anywhere, but it is facing competition from the likes of Vice News and even Frontline and other outlets that hybridize online reporting with a TV presence.

Before you scoff at that notion, consider that in 2018 “60 Minutes” won the same number of News & Documentary Emmy Awards as “Vice News Tonight” did (four). Sure, the former is a weekly telecast that features deeper dives into issues and the latter is a nightly newscast on HBO.

However, between “Independent Lens,” “Frontline,” “POV,” Ken Burns’ epic documentary series “The Vietnam War,” and “The Farthest: Voyage in Space,” PBS earned the most awards, beating CBS (and HBO and CNN). Obviously “60 Minutes” has a broader reach each week than any of these series, but the industry acknowledges that they’re doing award-winning work.

So while CBS News can be content in knowing that its network competition such as NBC’s “Dateline” and ABC’s “20/20” are not truly competition at all, at least in the area of hard-hitting journalism, and while it’s still very much on top, now is a perfect time to diversify and look toward the future.

The best description of what makes “60 Minutes” work comes not from Fager, but the late Bradley, who once opined to Larry King in 2003, “I just think that we tell a story better than anyone else does.” Sixteen years later, some of the competition has learned. The storytelling across the board is getting better, and there’s more of it. “60 Minutes” isn’t going anywhere, but it’ll be interesting to see who CBS News will elevate to reflect where we’re going and walk the series into the future.