Why are adult food allergies are on the rise?

I used to be a full-time omnivore, till my immune system rebelled 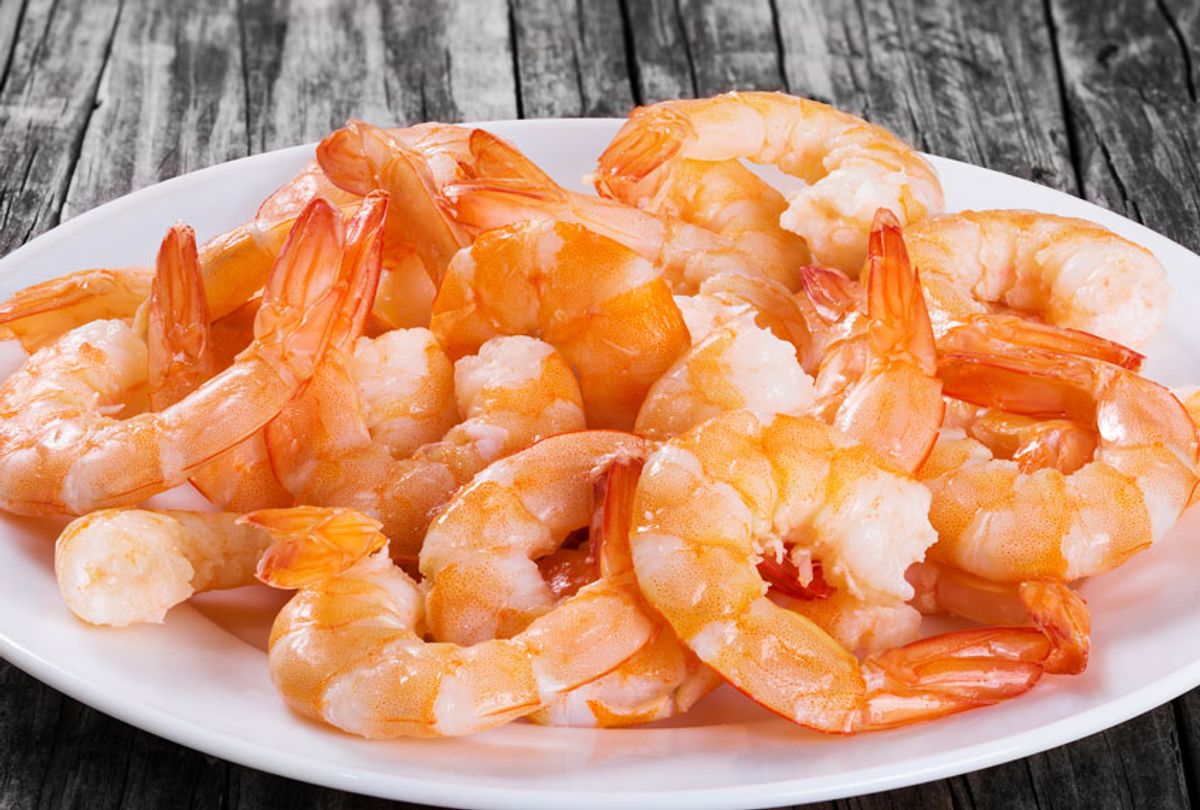 We'd just paid the check when my throat started closing up. The circumstances hadn't signaled danger: a family trip, a lunch in a seaside Connecticut town and a glass of water that had tasted somehow just a little off, a little… fishy. Nothing that would have registered in my mind or affected my health a few years earlier. But now here I was, standing in an unfamiliar parking lot and blowing up like Will Smith in "Hitch." Developing food allergies in adulthood takes a little getting used to. And a lot of Benadryl.

The alarming rise of childhood food allergies has become a big issue over the last several years, as any parent who's received a list of verboten lunchbox contents can attest. But roughly ten percent of adults have food allergies too — and half of them, like me, developed them post adolescence.

In my case, it's shellfish (both crustacean and mollusk) — which means I'm also left out of the great cricket flour revolution as well. It can be hard explaining my adult allergies to other people, especially those who've witnessed me fully go to town on a surf n' turf platter. When I was a kid, I knew of no greater treat than a jar of Sau-See shrimp cocktail from the Shop-Rite, a self-contained snack swimming in a horseradish sauce. The best wedding I ever attended — and I include my own on this list — would hands down be the elegant affair in the Berkshires where the happy couple had a Christmas tree-like tower of shrimp surrounded by little boats of sauce. Up until a few years ago, if you'd asked me my life goals, I'd have included my desire to one day have more crab legs on my plate than I could consume. And then the fates took away the thing I loved the most.

It started mildly. After I had kids, I started noticing an itchiness and skin sensitivity after enjoying a bowl of bisque or crab cakes. But when I had cancer and started on an experimental immunotherapy treatment, my doctor broke the bad news: somewhere along the way I'd developed a shellfish allergy. "Well, maybe I'm a little allergic," I said. "There's no such thing," she countered. "You can't ever eat that stuff again." The severity of an allergy can vary, but the existence of one is a fairly straightforward proposition.

Food allergies are not the same as intolerances, and our contemporary mania for self-diagnosis can often make identifying legitimate dietary issues challenging. The easiest way to differentiate the two is that intolerances are essentially the domain of your digestive system; allergies are handled by the immune system. Allergies occur when the immune system perceives something introduced to the body as a threat, even something that used to get past the gates with no problem. The symptoms we experience — shortness of breath, rash, are the immune system's attack response to it. And our modern bodies seem to be getting worse at the job.

My kids live in a world in which food allergies are a simple fact of life. They've grown up confining their love of peanut butter sandwiches to home, and understanding that they and their peers are going to have to contend with a variety of food issues when they're in a group setting. My younger one is also allergic to eggs, which, it turns out, are in EVERYTHING.

Childhood food allergies — from common substances including tree nuts, sesame seeds and soy — have been rising steadily around the world over the past several decades. In the UK, childhood peanut allergies alone increased by five times between 1985 and 2016. Here in the US, the Centers for Disease Control and Prevention estimates that "food allergies in children have increased approximately 50 percent between 1997 and 2011, now affecting one in thirteen children in the United States. This translates to roughly two students in every classroom."

And that number is not just because we're getting better at detecting allergies. While the exact causes of the steady rise in allergies are still being debated, the authenticity of the problem is not. A 2016 BBC report noted that "Factors may include pollution, dietary changes and less exposure to microbes, which change how our immune systems respond." In other words, our cultural obsession with cleanliness and overuse of antibiotics may have compromised the efficiency of our immune systems over time. A 2018 Guardian feature on the rise of childhood allergies similarly pointed to different theories, including "a lack of vitamin D to gut health and pollution." Or some of us may be born with allergies that only manifest later. Nobody quite knows what's going on, but here we are.

Shellfish rarely sneak their way into a dish the way that nuts or wheat can, so my own allergy hasn't necessitated a huge lifestyle change or overabundance of caution. It's certainly one of the least disruptive things to come out of my cancer experience. In the years since my diagnosis, I have managed to survive vacations to New Orleans, summers on Cape Cod and endless sushi dinners. I've also, however, had a handful of experiences that shook me up. The last time it happened was last fall, and involved a single mouthful of what I thought was pork fried rice. I'm still on the learning curve, even after all this time.

"If you were a kid growing up with it, you probably over time learned to deal with it," says chef and dietician Abbie Gellman, founder of Culinary Nutrition Cuisine.

"But being in your thirties or forties and getting an allergy all of a sudden, it's very disarming," she says. "You have to develop a new set of habits. You need to be educated. If you rely on somebody else, things can go wrong. Even if you go to a really great restaurant that says 'No, there's nothing in here,' people are human. Slip-ups happen. You need to still check your food, or go to places you know for sure you're not going to have to worry." My immune system saved my life, but took away scampi in the bargain. It's not a bad deal. I ask waiters a lot of questions now. And I still sometimes find myself looking longingly at Red Lobster ads, and dreaming of Sau-See.