Trump dominated the GOP campaign even though most primary voters opposed him. Biden could be heading down that road 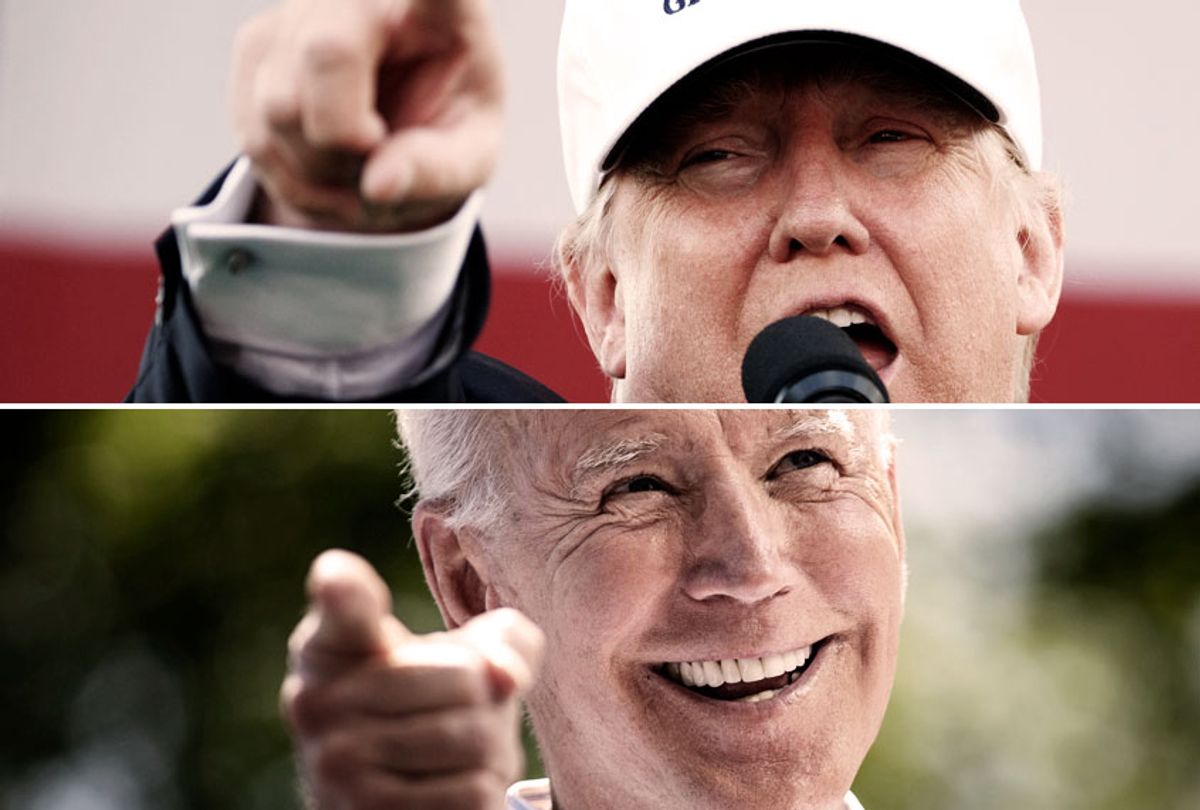 The tiny Northern Mariana Islands likely never imagined that its March 2016 presidential caucus would make history. But when Donald Trump defeated Texas Sen. Ted Cruz by 343 votes to 113, Trump not only claimed the islands’ nine delegates but something more important. It was the first time the New York businessman had won a majority in any primary or caucus.

Trump had failed to win a majority in any of the 31 primaries or caucuses leading up to the March 15 contest in that tiny Pacific archipelago near Guam. He would go more than a month without another majority win before sweeping New York (59 percent), Connecticut (58 percent) and Delaware (61 percent) on April 19.

It’s worth taking a look back at the 2016 Republican contests as former Vice President Joe Biden opens a commanding “plurality” (not majority) lead on the crowded 2020 Democratic field.

Trump managed to assert himself as the GOP frontrunner without winning a state primary or caucus with more than 50 percent of the vote for almost the first three months of the race.

The results would have been quite different, polling results suggest, had the majority of GOP voters who opposed Trump during February, March and April, not divided their support among  Cruz, Ohio Gov. John Kasich, and Sen. Marco Rubio of Florida. If Republican voters had been able to use ranked-choice voting, for example, which simulates an instant runoff and produces a winner with the widest majority support, Trump could have lost as many as nine of the 11 Super Tuesday contests. Polls simulating head-to-head simulations showed just that. The entire 2016 race might have gone down a very different road.

It could be a similar story in 2020. Here are some of the newest numbers:

With five candidates around double figures, and veteran Democrats such as Sens. Cory Booker and Kirsten Gillibrand, as well as Gov. Jay Inslee of Washington and former Gov. John Hickenlooper of Colorado still looking to break out, Democrats face a challenging road. After all, while the purpose of primaries and caucuses is to select a nominee, it’s also to unify a party behind its standard-bearer.

When a giant field fractures the vote, it’s possible instead for primaries to coronate a victor with only the enthusiastic support of around 35 percent of the party. That’s exactly what happened in Trump’s case. Deep into March 2016, Trump routinely lost head-to-head polling matchups against Cruz and Rubio in key states.

FairVote modeled the results from Super Tuesday to see what would have happened in a hypothetical instant runoff, based on Public Policy Polling data sets that included questions about head-to-head preferences and second choices. Trump celebrated a huge victory that night — all by plurality — and emerged with what would be an insurmountable lead. But Republican voters still weren’t sold: FairVote’s models found that while Trump would have won majorities in Alabama and Massachusetts, he would have been decisively defeated in seven other states, and been in a competitive heat in two others.

And so history turns on second choices.

The Morning Consult poll, interestingly, has been asking Democrats about their second choices. In their most recent survey, Biden remains the most popular second choice among voters who currently back Sanders, Harris or Buttigieg as their favorite. Warren supporters pick Sanders second, with a dead heat between Biden and Harris for third.

It’s early, and much of the polling data to this point is still based on name recognition. Polls have also found that Democrats are most concerned about selecting a nominee who can defeat Trump. Biden’s edge in “electability” could fade if more polls find, as Emerson did this week, that a large of number of Democrats would defeat Trump head to head.

Emerson found that Biden would defeat Trump 54 percent to 46 percent — but also that Sanders would defeat Trump by an identical margin. Warren (52-48), Harris (51-49) and O’Rourke (52-48) also hold smaller leads over the president, while Buttigieg and Trump are in a 50-50 heat.

A CNN poll taken in late April found similar results: Biden and Sanders both held the same six percentage point lead on Trump. O’Rourke led the president by 10 percentage points, Harris by four, and Buttigieg by three. The only Democrat who trailed Trump in the CNN poll was Warren, by 47-46, well within the margin of error.

As New Hampshire and Iowa get closer, Democrats will take a deeper look at the entire field. Name recognition will grow. The electability argument will change. The president’s approval rating will fluctuate. But what we’ve learned from the last two and a half years won’t change: In our two-party system as manipulated by campaign consultants today, with candidates selected via a winner-takes-all process, a plurality winner governs with an eye to the base, and can transform an entire party and our politics in the process. It shouldn’t have to be that way.