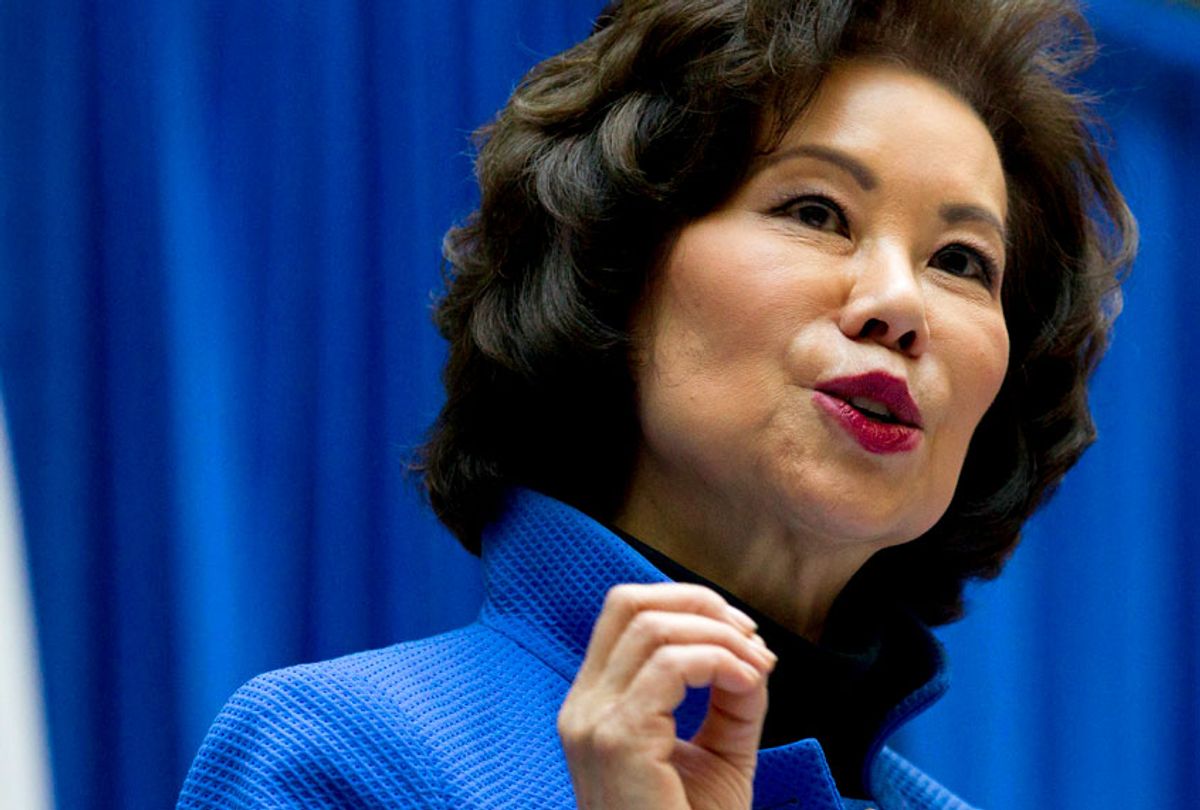 For a second week in a row, President Donald Trump's transportation secretary faces scrutiny over her ethics while in office.

In 2017, Secretary of Transportation Elaine Chao made a series of requests involving her first visit to China as an official member of Trump's Cabinet, which raised alarms among federal officials concerned with ethics. Her requests, revealed by the New York Times, included having her relatives in meetings with government officials and having those federal officials coordinate travel arrangements for at least one of her family members.

After ethics questions were referred to officials in the State and Treasury Departments, and media outlets like Times began to look into Chao's unusual travel requests, the trip was cancelled.

Chao's family runs an American shipping company, the Foremost Group, which is connected to China's political and economic ruling class, since it conducts most of its business there. As a result, allowing family members to participate in sensitive meetings — especially considering that Chao's actions as transportation secretary could directly impact America's shipping industry, and goes to the heart of the U.S.-China trade policies being handled by the Trump administration — poses a major conflict of interest.

As the Times explained:

Ms. Chao has no formal affiliation or stake in her family’s shipping business, Foremost Group. But she and her husband, Senator Mitch McConnell of Kentucky, have received millions of dollars in gifts from her father, James, who ran the company until last year. And Mr. McConnell’s re-election campaigns have received more than $1 million in contributions from Ms. Chao’s extended family, including from her father and her sister Angela, now Foremost’s chief executive, who were both subjects of the State Department’s ethics question.

The Times also noted that Chao's father James and sister Angela "have served on the board of the holding company for China State Shipbuilding, a state-owned enterprise that makes ships for the Chinese military, along with Foremost and other customers. Angela Chao is also on the board at the Bank of China, a top lender to the shipbuilder, and a former vice chairman of the Council of China’s Foreign Trade, a promotional group created by the Chinese government."

This is not the only ethics-related controversy to plague Chao. Last week, it was revealed that she never divested herself from stock in a construction-materials company, despite promising an ethics official she would do so.