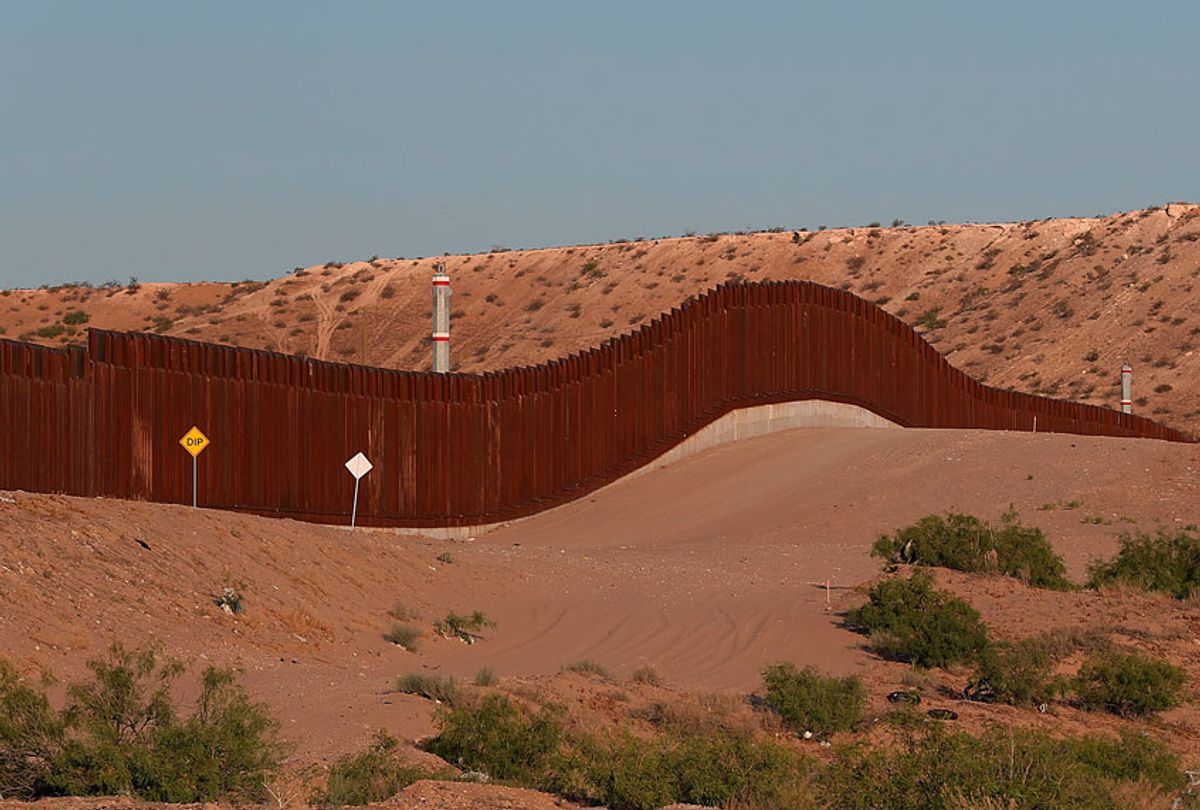 Members of the United States military have been ordered to spend roughly a month painting a mile-long stretch of barriers along the U.S.-Mexico border in order to boost their "aesthetic appearance," according to an email sent by the Department of Homeland Security (DHS) to members of Congress and obtained by CBS News.

The section of the border wall that service members will be painting is located in Calexico, California, according to the email, which reportedly noted there "may also be an operational benefit" to painting it as "individuals appeared to have greater difficulty" scaling recently painted barriers along the border in Nogales, Arizona. DHS added that the painting of bollards in Tucson, Arizona had allowed Border Patrol officers to combat the "camouflaging tactics of illegal border crossers," who attempted to evade detection.

Sen. Dick Durbin of Illinois, the second-highest Democrat in the upper chamber, confirmed the plan in a tweet Wednesday.

"DHS informed Congress today that troops are going to spend the next month painting the border wall & the primary purpose is to improve the aesthetic appearance," he wrote, then denounced the task as a "disgraceful misuse" of taxpayer money.

"Our military has more important work to do than making Trump's wall beautiful," he said.

Rep. Joaquin Castro, D-Texas, chairman of the Congressional Hispanic Caucus, slammed the task as a "gross misuse" of the military.

"These are soldiers, they are not painters," he told CBS News.

There are roughly 3,000 active-duty service members and 2,000 National Guard soldiers deployed near the southern border to support DHS as it attempts to manage an unprecedented surge of in the number of migrant families, unaccompanied children and asylum seekers heading to or in between ports of entry. The Pentagon sent another 320 more troops to the border in April to provide additional support.

Acting Secretary of Defense Patrick Shanahan noted last month that the Pentagon is trying to determine how long the military will be needed to support security at the border, saying, "We really need to get back to our primary missions and continue to generate readiness."

Federal troops are prohibited from directly interacting with immigrants crossing into the country, according to U.S. law.  The troops currently stationed at the border are mainly tasked with reinforcing existing fencing with barbed wire, as well as providing administrative and aviation support to Border Patrol personnel.

Trump first deployed troops to the border last year to stop what he has called "an urgent national crisis" at "our very dangerous southern border." He has frequently claimed, without offering evidence, that the spike in illegal border crossings has led to a surge of crime, drugs and human trafficking caused by migrants seeking illegal entry. The president has also told vivid and, at times, disturbing anecdotes of criminal activity at the border in attempt to rally support for his administration's aggressive efforts to arrest and detain undocumented immigrants throughout the country.